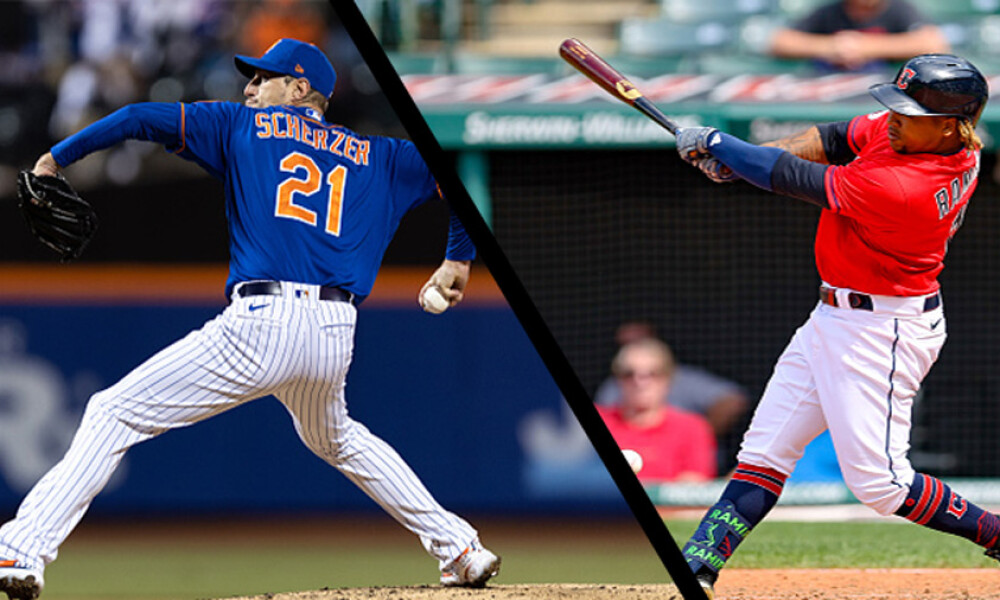 Another blow to the New York Mets' pitching staff came on Thursday as it was announced that Max Scherzer would miss the next six to eight weeks with an oblique injury. That is now three of their starters on the shelf, and this one hurts a lot. This is also one that is easy to reinjure with a pitching motion, so we have to hope that Scherzer fully heals before returning. You will definitely have to hit up that waiver wire link I put above as I don’t see anyone the Mets could be using being overly fantasy-relevant here.

The Guardians' stud fouled a ball off of his leg and was unable to finish the game yesterday. José Ramírez is going to undergo some tests to see exactly the extent of the injury and if he is going to miss time. Keep tabs on Friday's MLB injury news as I expect that we will get some sort of update before Cleveland's game.

Lourdes Gurriel Jr. left Wednesday’s game with a hamstring injury and the Blue Jays didn’t play on Thursday. So, I think we will get all of the information we need on the extent of the injury on Friday. If Gurriel is not placed on the Injured List before the game, I would assume this is a very short-term injury and he could return on the weekend. On the flip side, if he is placed on the IL, then we will get a timetable for his return. Be prepared to not have him in your lineups on Friday in case he is unable to go.

I never like to put too much bad news in a row, so let’s get some good news on this MLB injury report. Kris Bryant got in a couple of rehab games in the minors and is cleared to return from the injured list on Friday. With Bryant returning from his back injury, the Rockies will get their star in the lineup just in time for a weekend series at home against the Mets. Given their pitching injury woes, it would be a great time to get Bryant back in your starting lineups and hope he starts hitting for some power.

The Rangers closer was removed from the game on Wednesday with a blister but has not been put on the Injured List as of now. Matt Bush promptly blew a save in Joe Barlow's absence, so I would imagine the Rangers want to get their guy back on the mound as soon as possible. Expect Barlow to possibly miss the entire weekend, but this isn’t a long-term thing so there is no fantasy roster move to be made here. Keep Barlow in your lineups and hope he is out there the next time a save chance comes up for the Rangers.

This is a big one if he wasn’t drafted in your league. Shane Baz threw 2.1 innings on Thursday in the minors and allowed just one run on one hit. He had arthroscopic elbow surgery in March and certainly will need a few more rehab starts, but you’ll want to act now if he is on the fantasy baseball waiver wire for some reason. Baz pitched to a 2.03 ERA with 18 strikeouts in 13.1 innings last season and will surely be placed in the Rays rotation when he is healthy. This could be a big shot in the arm for your fantasy team if somehow your league mates forgot about him.

I am not sure if Tyler O'Neill really has a shoulder injury or if this is the Cardinals giving him a seat for a while because he is struggling so badly. But we do have to take the team at their word that O’Neill is dealing with a sore shoulder and will miss a couple of weeks. I don’t expect this to be a long-term thing at all and he should be able to return when his stint is over. In more exciting news, the Cardinals called up one of their top prospects in Nolan Gorman, and he is someone you should be all over on your waiver wires.

There is some encouraging news on the Mets pitching front as Tylor Megill is set to play catch on Friday as he tries to work his way back from biceps tendinitis. He has said that his arm is feeling better, and this is all positive news. Megill is still set to miss at least ten more days, but unless we get some bad news from this catch session, it looks like he should be back around June 1st.

Eduardo Rodriguez left Wednesday’s game with the trainers complaining of discomfort on his left side, and now manager A.J. Hinch has said that E-Rod is heading to the Injured List. If this is like Max Scherzer’s oblique, this could be an extended absence, but we will know more based on the results of any testing he will go through. The Tigers' pitching staff has been crushed by injuries, and this is just one more. He hasn’t been off to a great start but hopefully, he will rest up and come back and start to pitch better.

Mitch Garver certainly wasn’t off to a good start to the season, but at least he did return to the Rangers lineup on Thursday after healing up from a right forearm injury. He is hitting just under the Mendoza Line after 23 games, but I still have hopes that Garver can do some damage with his bat when the weather gets really hot in Texas next month. If your starting catcher isn’t elite and is struggling, keep your eyes on Garver to see if he starts to produce.

Michael Wacha is set to return from the Injured List and start Friday's game against the Mariners following his intercostal injury. I’ve never been overly impressed with Wacha, but he is off to a very good start this season as he is 3-0 with a 1.38 ERA and a WHIP under 1.00 through five starts. If he was dumped in your fantasy baseball league, he could be a decent replacement for some of the pitchers in this article that are now on the shelf. Just temper your expectations and don’t expect this kind of production to continue.