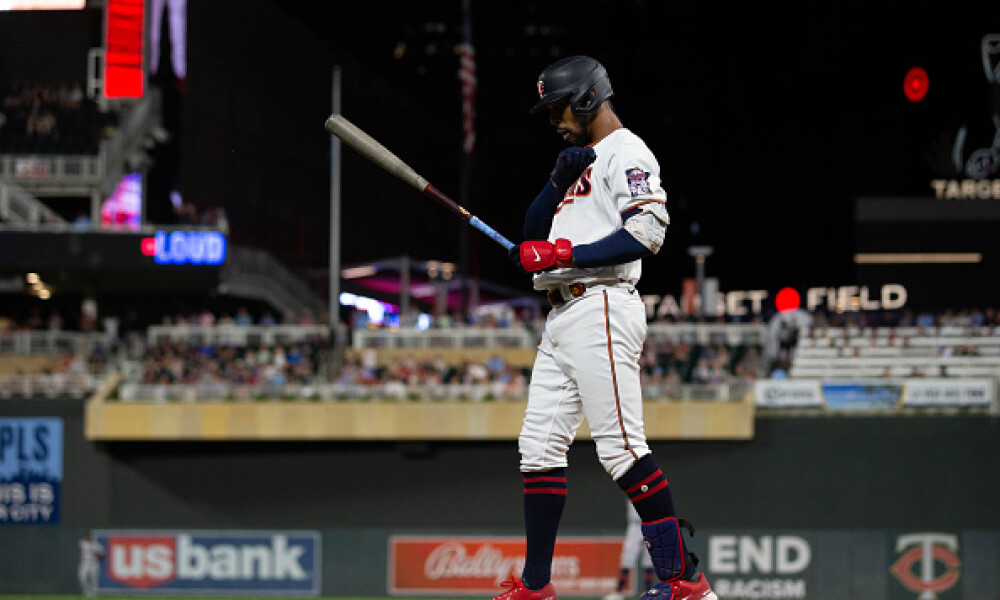 It is the final weekend in June in fantasy baseball land, and it actually is a fairly quiet time for injuries compared to others. We have a lot of good news for your fantasy baseball lineups, as a few injuries aren’t as serious as they seemed, and we also have some players nearing a return from the injured list. Of course, be sure to check out the fantasy baseball waiver wire article from Ray Kuhn here to help you fill any voids that your team might have. So, before you get set for another summer weekend, let’s take a look at the fantasy baseball injury report and how it might impact your lineups.

Byron Buxton is so good when he is on the field, but he is so frustrating to roster in fantasy baseball. Buxton has missed the last two games with knee discomfort, although word from Minnesota is that this is not a long-term problem, and he should avoid the injured list. They are calling the injury day-to-day, and there’s a chance that he returns to the lineup at some point this weekend, perhaps as early as Friday. His 19 home runs are among the league leaders, he just has to stay on the field.

Brandon Crawford had a collision at home with Travis D’Arnaud on Tuesday, and Crawford has been out of the lineup since with a left knee contusion. There was a thought that he might have been available to pinch-hit on Wednesday, but that didn’t happen, and he was out of the lineup again on Thursday. It does not appear that this is something that will keep him out for any extended time, and honestly, I think if he doesn’t play Friday that he will definitely be back on Saturday. He isn’t having the best season by a long shot, but he could still help you at shortstop.

It was a nasty collision at home plate yesterday for Ke'Bryan Hayes when he scored the winning run against the Cubs diving head-first into Willson Contreras legs and the catcher plopping down on him. Luckily, all reports are that Hayes has avoided any major injury. Word from the Pirates is that Hayes is sore but feeling ok. This is great news as you love to see the hard-nosed play and for nothing bad to come from an exciting win for Pittsburgh. I would bet that Hayes doesn’t play on Friday, but a return over the weekend is nearly a guarantee.

Somehow, it appears that Manny Machado isn’t going to go to the injured list and could actually play this weekend. Machado turned his ankle badly on Sunday after his foot slid off the bag trying to beat a throw there and went down writhing in pain. However, he has been participating in pre-game activities, and Bob Melvin said he could be available to pinch-hit at any time. This is amazing news for those with Machado on your rosters who had to be thinking he was going to miss extended time.

Another injury that appears to be not as severe as it looked came on Thursday as Ty France had his wrist bent back badly as he was attempting to make a catch on a force on Oakland’s Sheldon Neuse. France appeared to be quite injured, but x-rays on his elbow came back negative and Scott Servais did say that the injury wasn’t as significant as it looked. France has been great this year, hitting over .310 with double-digit home runs, and there’s a chance that we see him back in the lineup this weekend for Seattle.

The Reds young hurler Nick Lodolo threw four innings on Thursday at Triple-A where he didn’t allow a run or a walk and struck out five while surrendering just two hits. His back strain seems to be healed now and he will be eligible to return for the Reds on June 28th. Perhaps if you are in a shallow league he was dropped when he got hurt and he could be a great find for your fantasy team if he happened to be available in your league.

You may have noticed a news item that said Eloy Jiménez was transferred to the 60-day injured list on Thursday, which could be confusing since he started another rehab assignment on Tuesday. However, this was just a procedural move to clear a spot on the 40-man roster and Jimenez still should be returning sometime next week barring another setback. Nothing to worry about him missing any more extended time.

Phillies starter Zach Eflin is ready to return to the mound to start on Saturday against the Padres. Eflin left his last start after just two innings with knee discomfort, but the team has confirmed that he will start over the weekend. Eflin was having a pretty good season before being knocked around a bit in three of his last four starts, so he will be tough to trust in his first start back against a tough Padres team, although they are pretty banged up themselves right now.

Padres' power hitter Luke Voit did not play on Thursday, reportedly because of a hamstring injury, but Padres manager Bob Melvin did say that it was more of a precaution, and not a serious injury. I would expect him to play on Friday and hopefully he can continue his strong play in June and get back to being a guy that fantasy players can count on for a decent batting average and good power.

James McCann has been dreadful this year, but McCann will be activated off of the injured list on Friday and rejoin the Mets against Miami. He has had some success in the past, but McCann is not even hitting close to .200 with just one home run. You have to hope that he finds his stroke after coming back from a broken hamate bone in his wrist. He likely has no value in leagues with one catcher, but in a two-catcher league he could be worth grabbing.