Fantasy Baseball Week That Was & Will Be: Drinking the Baderade 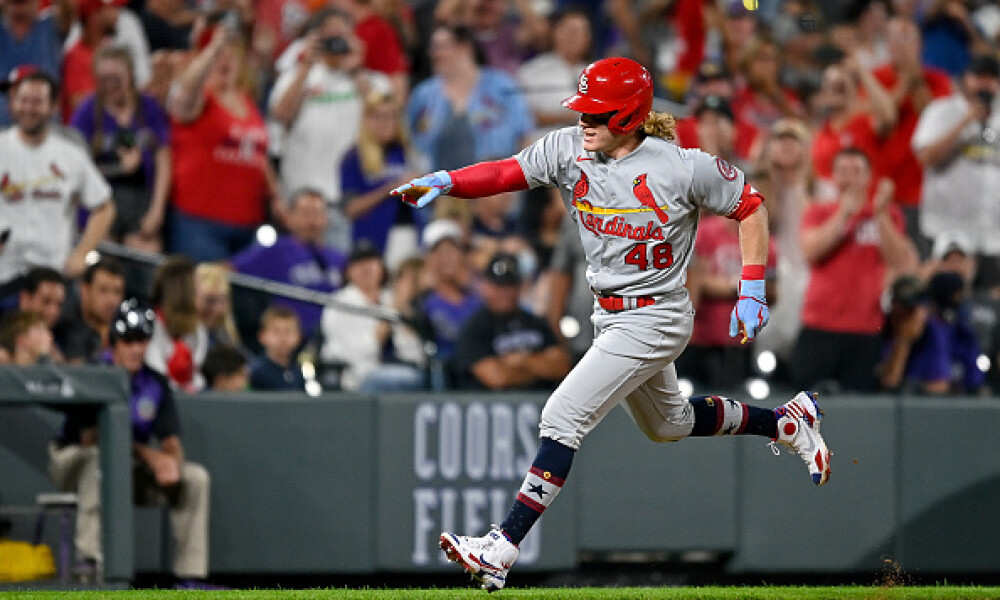 Touki Toussaint (R):  Touki Toussaint (R) was the hard luck loser Sunday, taking the loss despite throwing seven innings of one run ball while striking out 10 and walking none.  Both in the minors and majors this year, Touki has posted great ground ball and swinging strike rates.  I think Touki Time is now!

For the Week That Will Be: The next two starts are home against Milwaukee and then at St. Louis.  With Touki keeping the ball on the ground, I am not afraid of starting him at home and certainly look forward to that start out in the Midwest the week after!

Harrison Bader (R):  Harrison Bader (R) had himself a day Sunday going 3-4 with a dinger, three RBI and a run scored.  On the year, Bader sports a sweet .289 batting average and .358 OBP.  He has also hit for power, swatting 8 homers in just 142 AB.  While I know it is not how it works, that is a pace for 35+ dingers over a full season of starts.  Anyone want that kind of production?  I do!

For the Week That Will Be:  With starts against a Bieber-less Cleveland and a tanking Twins team, Bader continues to be plug and play this week!

Jaime Barria (R):  Jaime Barria (R) delivered for the Angels Sunday throwing 7 innings of 2 run ball while giving up just 6 baserunners.  I know fantasy owners will take that too!  I think people forget that Barria threw 129 innings of 3.41 ERA baseball in 2018 at the tender age of 21.  Now just 24, Barria still possesses that talent plus some maturity.  Sign me up.

For the Week That Will Be:  With the A’s next on the schedule, Barria will be in my lineups!

Jorge Soler (R):  Jorge Soler (R) broke out in a big way Sunday going yard twice and adding a third hit in the contest.  This was a big day in a bad year for Soler who is still hitting only .190 and has just 11 dingers.  Remember, this is a guy who hit 48 dingers just two years ago.  So, what can we expect over the last two months?  I am bullish.  The .232 BABIP, continued solid walk rate, reduced K rate, almost 50% hard hit rate, and increased contact rate all say Soler is a buy low asset.

For the Week That Will Be:  With 7 AL games on the slate, ride the hot hand!

Thairo Estrada (R):  Thairo Estrada (R) filled the stat sheets Sunday going 2-4 with two runs, an RBI, a dinger and a swipe.  Nice!  On the year, Estrada is hitting a gaudy .339 with an OPS well over .900.  Can this continue?  Well, the .410 BABIP will not hold but Estrada is hitting the ball much harder this year, barreling the ball far more often, chasing outside the zone less and making more contact – all reasons to think he will continue to produce, albeit not at batting title level.

For the Week That Will Be:  Ride the hot hand! I am.

If you did not get the pitchers you want, consider these middle relievers on teams with weak or unsettled closing situations or potential openings in the rotation:  Dillon Tate (R) who looks like the closer in Baltimore or Drew Steckenrider (R) who looks like he will close if and when Kendall Gravemen is traded out of Seattle.

If you are in the mood to gamble, how about Lamonte Wade who is raking right along-side Thairo Estrada (R).

The moment you have been waiting for (just play along) -- Schultz says: “I am still on a well-earned vacation.  See you in August!”