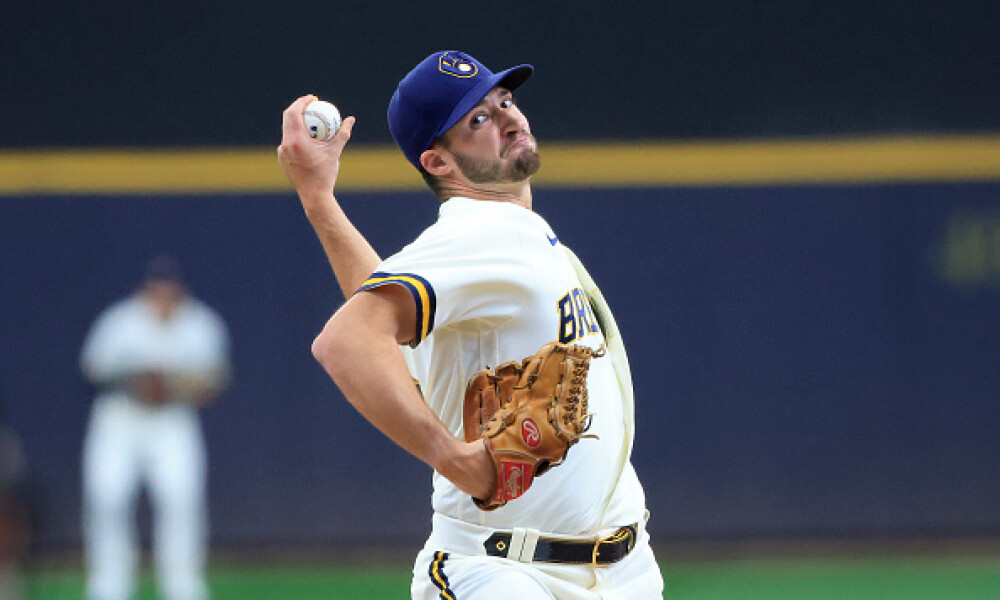 Going to the waiver wire is never pleasant. You always want to improve your team, and there is always the excitement of seeing what new additions you acquired after the FAAB cycle, but that also means you have at least one droppable player. It is important to churn the back end of your roster, although you generally aren’t heading to the waiver wire by choice and it often is to fix a deficiency.

As you look to improve your roster for the upcoming week, let’s take a look at some players to target.

After a slow start to the season, it is no surprise that Robbie Grossman is available in more than 50% of Yahoo leagues as of Friday night. However, Detroit has stuck with the outfielder, and he is proving that last year wasn’t a fluke, as entering action on Friday he was batting .476 with four runs scored and two RBI over the last seven days. While he is still looking for his first stolen base and home run of the season, Grossman’s batting average is up to .321 which puts him squarely on our radar.

I know Eric Hosmer is generally someone I’m not fond of, but if there is a hole to fill at first base or corner infield, you could do worse. That is especially the case of late as Hosmer was hitting .500 over the last seven days before Friday’s game in which he went hitless after four straight games with two hits each. Hosmer is hitting .397 on the season with two home runs and 11 RBI although he very clearly is benefiting from a .446 BABIP. On the surface, there isn’t much difference in what we are seeing from Hosmer to start the season than what he has done in the past, but there’s nothing wrong with riding a hot streak and targeting the at bats.

Nico Hoerner bats ninth for Chicago, but the plays everyday and there is value in his multi-positional eligibility. The .295 batting average Hoerner is hitting is a nice touch, especially in today’s current climate (.333 BABIP) and he only strikes out 14.1% of the time, but it would be nice if he had a walk rate better than 3.1%. I don’t want to bury the lead here either, but Hoerner also has two stolen bases and that could prove to be a solid bonus.

We are going to sacrifice some batting average with Max Kepler (.234 but he does have a .229 BABIP), but it might be worth it for the power output. Kepler has three home runs in his last seven games, along with a .350 batting average, after he hit 19 home runs in 121 games last year and 36 home runs in 2019. To this point, Kepler has a career best 12.2%-barrel rate and his .230 ISO also supports continued success in the power department. The only place to go is up for Kepler’s 5.2-degree launch angle, and that could lead to more success.

Let’s stay in the outfield, but this time target some speed. Harrison Bader stole four bases in the last week which brought him to five on the season. We should note that three of those stolen bases did come in the same game, but we’ll take our stolen bases anyway we can get them, and that puts Bader on the radar. The outfielder is hitting a modest .241 for the season with just two RBI, but Bader does have 10 runs scored.

The good news out of Aaron Ashby’s last start, his second on the season, against Pittsburgh is that he limited the Pirates to just one run on one hit in 5.2 innings. Conversely, Ashby had to work around five walks and he is walking 6.88 batters per nine innings so far this season which is a cause for concern. If we go back to the positive side, Ashby is striking out 10 batters per nine innings and has just a 2.65 ERA in 17 innings after finishing last season strong. This week, Ashby takes the mound twice and starts the week off with a favorable matchup against Cincinnati.

Jake Odorizzi’s first three starts were varying degrees of bad, and in one he couldn’t get out of the first inning and the only reason why his ERA isn’t worse is because three of the six runs he allowed were unearned. While the right-hander is never going to be truly dominating, Odorizzi does have a track record of being a solid pitcher as evidenced by his 3.97 career ERA. After watching him bounce back allowing simply a solo home run and one walk in six innings against Texas and picking up the victory, Odorizzi presents as a solid streaming option against Seattle and Detroit this week.

Taijuan Walker only made it through two innings in his first start of the season before exiting with shoulder bursitis.  After making a rehab start, Walker returns to the rotation on Saturday against Philadelphia and I’d look to grab him as soon as possible. While the right-hander might not truly be a difference maker, Walker is a solid back end of the rotation option as nothing has changed with him since draft season. Overall, Walker finished with a 4.47 ERA last season while striking close to a batter an inning but it was a tale of two halves for the right-hander (2.66 ERA compared to 7.13) as he clearly ran out of stamina towards the end of the season.

Minnesota acquired Emilio Pagán prior to the start of the regular season to shore up the back end of their bullpen, but it took until a week ago for him to record his first save of the year. Through action on Thursday, Pagan has two saves with a 3.18 ERA and 1.59 ERA with seven strikeouts in 5.2 innings. Admittedly, the sample size is small here, but if the closer’s role is going to belong to Pagan, you can do worse.

Anthony Bender has done his best to take advantage of Dylan Floro being sidelined to begin the season, and on Friday he picked up his fifth save of the season. That best is a relative term though, as Bender’s ERA is 4.91 (6.34 FIP/4.00 xFIP) as he has benefited from a .227 BABIP while having problems with the longball (2.45 per nine innings). Bender has pitched just 7.1 innings so far this season but he only has four strikeouts. Last season, Bender did strike out over 10 batters per nine innings, and this early it is hard to read into much other than the fact that he is getting the job done as the closer. Floro is slated to be back soon, but it’s possible Miami does stick with Bender until he forces them to make a change, and until that point, there is value in every save.