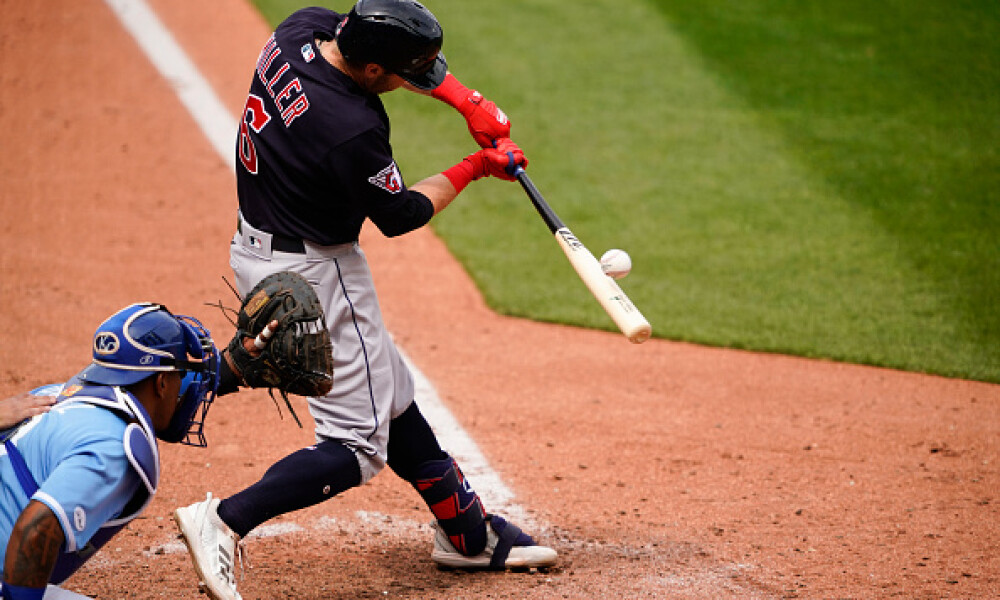 The first full week of the fantasy baseball season is heading towards completion, and things are starting to even out. While the sample size is still way too small, we are beginning to receive data to help us evaluate our teams and our fantasy baseball player rankings. Now the rhythm of the major league season is beginning to sink in and it’s time to act. Well, within reason that is, and there is a lot of baseball left to be played and you don’t want to be left behind. Managing the fantasy baseball waiver wire is a very important part of in-season management and some players I have an eye on this week include Owen Miller, Brad Keller, and Tanner Rainey.

Owen Miller is a player getting a great deal of buzz as of late based on his performance to start the season, but we shouldn’t let ourselves get too crazy. The main thing here is that Miller took advantage of a void at first base for Cleveland and he doesn’t appear to be letting go anytime soon. What really caught our attention was Miller’s two home run game against Cincinnati the other day but after Friday’s game, he is now hitting .522 through his first 25 plate appearances. Miller didn’t play in the first two games of the season, but he has started in each of the next five and is already up to six doubles, eight runs scored, and seven RBI. There is a solid track record of success in the minor leagues, and while I wouldn’t do anything drastic here, Miller is hitting too well to remain on the waiver wire.

I don’t feel great about this because all I feel like I do is expect more and put Eric Hosmer down during the draft season, but then we start playing games that count. That means injuries and underperforming players, and there Hosmer is, once again, batting in the middle of the order for San Diego. Entering Friday’s game, Hosmer already had four multi-hit games on the season and he was batting .462. Granted, Hosmer only had three RBI and was still looking for his first home run, but if you are looking for at bats and need to plug a hole, there are worse options.

There is no questioning Jorge Mateo’s speed, and it’s a good sign to see Baltimore keeping him in the lineup on a nightly basis. Mateo isn’t without warts though, and you can’t steal first base so it is a problem that his is batting just .217 with a 33% strikeout rate. On the other side of things though, Mateo has four walks and you know it’s those two stolen bases we are after here. Unless Mateo proves he get reach base with more consistency, he’s going to be cheap but stolen bases are far from easy to find.

Brandon Marsh has been in the lineup for all but one game for the Angels this season hitting .286 in 26 plate appearances with one home run and seven RBI. With a 50% hard-hit rate the quality of the contact is there after a strong StatCast performance last year, Marsh has kept the momentum going. The Angels appear to be committed to allowing Marsh to show what he can do and bodes well from a fantasy perspective.

The Mets are going to be careful in monitoring Robinson Canó’s workload, but the DH in the National League does help here. With New York shorthanded thanks to the placement of Brandon Nimmo and Mark Canha on the COVID list, Cano should be in line for some additional playing time by default. While Cano is hitting just .200 in his first 20 plate appearances after missing all of last year with a suspension, he did hit his first home run of the season Friday, and has taken some solid swings to start the season. As long as you don’t need stolen bases out of the middle infield, Cano could have some value as he bats towards the middle of the Mets’ lineup.

In 26 starts last season, Brad Keller struggled to a 5.39 ERA, but the underlying numbers (4.72 FIP, .347 BABIP, and 68.7 strand rate) suggested that better days were coming. Keller did turn things around last year in 38.2 innings in the second half with a 3.96 ERA. Length out of starting pitchers has been hard to come by, but Keller has begun this season with starts of six and seven innings, respectively. The right-hander allowed his first two runs of the season against Detroit, and while things should get tougher against Minnesota this week, Keller is deserving of our attention.

Justin Steele did a solid job of taming the beast on Thursday as he allowed two runs in 4.1 innings against the Rockies in Coors Field on Thursday. That came after the left-hander threw five shutout innings for the victory against Milwaukee in his first start of the season. Through his first two starts, Steele has struck out a batter per inning while working through a .346 BABIP. In 57 innings last year, Steele pitched to a 4.26 ERA (4.01 xERA) and this week he takes the mound twice. Steele’s two starts are slated to come against Tampa Bay and Pittsburgh, both at home, and he is worth a look.

Facing the Pirates in Miles Mikolas’ first start should have been a recipe of success for the right-hander but after allowing six hits and two walks, he was lucky to emerge allowing just two runs in 3.2 innings. Things got a lot better for Mikolas on Friday as he limited the Brewers to one run in 6.2 innings while striking out seven. Mikolas’ next start comes against Miami this week and that lines him up as a solid streaming option.

We currently have to proceed as if saves in Boston are up for grabs as we saw Matt Barnes enter the game on Friday when the Red Sox were already trailing. While it wasn’t the best of seasons for Hansel Robles in 2021, he did finish with 14 saves (isn’t that why we are here) as he battled through ups and downs with a 4.43 ERA. Robles likely won’t be getting every save for Boston, Jake Diekman will be mixed in and at some point, Barnes might be back at some point, but we know is capable of producing in the ninth inning. Robles does have control problems, and he’ll likely walk four to five batters per nine innings once again this year, but through 3.1 innings he has yet to allow a run while recording a save.

I’m truly a little surprised about this one. Based on what we have seen to this point, Tanner Rainey is the closer for Washington but as of Friday night, he is rostered in just 31% of Yahoo leagues. The right-hander as appeared in three games this season while registering saves in two of them. Rainey has three strikeouts and has yet to allow a run while not walking a batter after saving three games last year. Entering the season, the closer job in Washington was up for grabs, and at this point we should consider it to be Rainey’s.