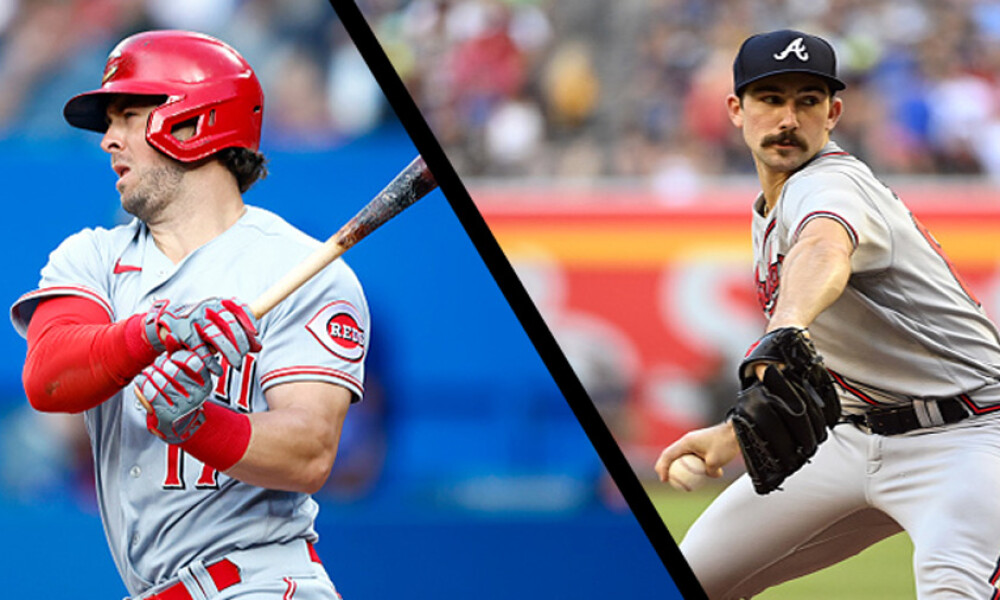 The value of roster depth and versatility can’t be overstated, and the fact that Farmer gets regular playing time gives him some value to start. For a short-term solution, it also works to ride the hot hand. Over the last seven days, Farmer is hitting .450 with three home runs, six runs scored, and eight RBI. That is the majority of Farmer’s production (four home runs, 25 RBI, and eight runs scored) through 42 games this season. With a .257 batting average, he has at least been a solid contributor.

Kirk plays the majority of days for Toronto and has three multi-hit games in his last five. It’s generally slim pickings at the catcher position, but Kirk does bring one of the better hit tools to the table. Through 43 games this season, he is hitting .292 with three home runs (two of which came in the same game earlier this week), 13 RBI, and 17 runs scored. The plate approach is key here as Kirk is only striking out 8.7% of the time while batting in the middle of the order for Toronto.

We have been here before and we don’t want to go chasing fool’s gold, but how can we ignore what Robles has done over the last seven days? Not only has Robles stolen four bases, but he is hitting .304 with seven RBI over the past week as well. As long as he hits, the outfielder is going to play for Washington and we know that there is talent there. On the season, Robles is still hitting just .242 (and with a .341 BABIP) while striking out 27.3% of the time and only walking 5.3%. Still, he does have 19 RBI and 17 runs scored in 43 games. It’s possible Robles fans out in a week, but it's a risk you can take if you need stolen bases.

Through the draft season, Lowe was regarded as a solid corner infield option that came with some upside as well. Just like the rest of Texas’ offense, though, he got off to a slow start. Lowe (and the Rangers) have picked things up as of late and he is hitting .375 over the last seven days with two home runs and five RBI. Lowe is now hitting a solid .264 so far this season with four home runs and 17 RBI. While those stats aren't going to jump off the page, you can do worse as long as you aren’t looking for too much power (6.7-degree launch angle). Long term, I do have some concerns about the decline in Lowe’s barrel rate over the last two years (9.5% and 6.6%).

In leagues that require five outfielders, Santander should be rostered. In shallower formats, he is more on the border and I’m thinking that explains why he is available in 68% of Yahoo leagues. While Santander is batting just .232 on the season (.248 BABIP) that jumps to .308 over the last seven days. More importantly, the outfielder sports a .182 ISO, which has translated to nine home runs along with 29 RBI and 25 runs scored so far this year. With a 20.4-degree launch angle, Santander has proven to be a reliable home run source.

Despite the fact that Strider allowed five runs in 4.1 innings in his first start of the season, the right-hander still pops up on our radar after he struck out seven against Arizona. It was really two big hits that did Strider in after he was lights out coming out of the bullpen with a 2.22 ERA, 1.03 WHIP, and 37 strikeouts in 24.1 innings. The other, perhaps more imminent, problem is that Strider’s next start comes at Coors Field, so you could argue that we are adding him to initially sit on the bench. It’s hard to pass up that upside in the strikeout department as it appears Atlanta is willing to let Strider stretch out in the rotation and show what he can do.

If you need a reliable starting pitcher, Bumgarner fits that bill as long as you don’t expect too much from him. On Wednesday, the left-hander allowed two runs over six innings against Atlanta while striking out six. That brought Bumgarner’s ERA down to 3.30 on the season, but his 4.93 FIP doesn’t paint as favorable a picture – nor does his 6.13 strikeouts per nine innings. It’s possible Bumgarner is line for two starts next week, but we do know that he will be taking the mound against Cincinnati on Tuesday in what should be a favorable matchup. It’s not pretty, but Bumgarner is getting the job done and with a 7.2%-barrel rate as opposing hitters aren’t making the best contact against him.

A 4.60 ERA and 1.21 WHIP, though not great, could certainly be a lot worse for Eflin and I would say that he should be rostered in more than 19% of Yahoo leagues. Eflin has struck out 39 batters in 43 innings and his 2.52 xERA (3.23 FIP) has to make you feel good about his prospects over the remainder of the season. The right-hander walks less than two batters per inning and when hitters do make contact against him, it hasn’t been especially prolific. Through Eflin's 129 batted ball events, opposing hitters have just a 5.4%-barrel rate while generating a 27.9% hard-hit rate along with an exit velocity of only 83.9 miles per hour.

After picking up two saves in his last three appearances over the past week, you could argue that Rainey is sitting on top of the closer depth chart in Washington’s bullpen. One of the biggest issues for Rainey has also been a lack of opportunities with the Nationals struggling, but he does have five saves on the season while having success overall with a 2.35 ERA and 1.11 WHIP. Rainey has 18 strikeouts in 15.1 innings to this point and with a 1.77 FIP, he’s going to help even if the saves are scarce.

When all else fails and you are looking to fill a roster spot or replace an underperforming pitcher, Tampa Bay generally has a reliever that can help round out your squad. In the case of Adam, he has a 0.84 ERA through 21.1 innings while striking out 28 batters this season. We know that the Rays like to use multiple relievers in high-leverage situations while putting them in the proper position to succeed. Adam only has one save to this point, but more are always possible. At the very least, we get strikeouts and strong ratios from him.