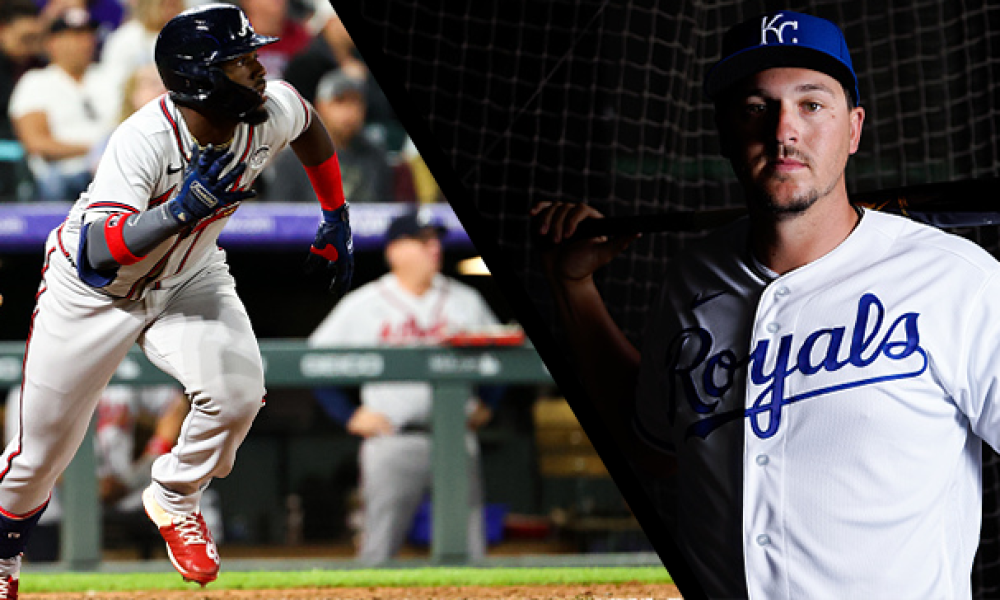 Let’s take a look at some options that can do just that as we follow along with the latest MLB news to see who is moving up the fantasy baseball rankings. As we look towards next week, here are some options I am targeting on the MLB waiver wire.

The fact that Max Kepler was unavailable to play in Toronto this weekend makes him available in 56% of Yahoo leagues as of Friday night, and that represents a buying opportunity. Kepler is hitting .253 on the season with six home runs and 25 RBI, and perhaps most remarkable is the fact that he’s only striking out 15.9% of the time. With a .357 on base percentage, Kepler is truly an asset in those leagues and with a 10.2%-barrel rate, we don’t have to worry about the quality of his contact to go along with a career high 90.7 mile per hour exit velocity.

There is no questioning Michael Harris’ prospect pedigree, and after promoting him, the outfielder has been in the lineup for every game. Harris picked up a hit in his debut, and then after going hitless in his next two games, he picked up hits in four straight games. Entering action on Friday, Harris was hitting .286 with four runs scored and three RBI. Harris had little left to prove in the minor leagues, but we are still waiting on his first stolen base at the big-league level.

After a few straight strong seasons, Jonathan Schoop has found the going a lot tougher so far this year. It’s a small sample size, but Schoop has hits in five straight days as he works to get back over the Mendoza line as he is currently hitting just .199. With a .221 BABIP, I would expect to see things around for Schoop on a more consistent basis. While his Statcast metrics generally don’t jump off the page, they are generally in line with his career norms to this point and that makes Schoop a solid waiver wire addition.

One of the most promising things we can say about Isiah Kiner-Falefa is that he plays everyday however it does go beyond that. In today’s current climate, there is something to be said about a .272 batting average and we do have to like that he has 28 runs scored to this point while also stealing seven bases. Prior to picking up two stolen bases on Thursday, Kiner-Falefa had gone a decent stretch without one, but for those lacking speed, you can’t leave any stone unturned.

We always have to look for every opportunity to improve our teams, and sometimes that means stashing a prospect for a period of time. Every indication is that we won’t have to wait long for Vinnie Pasquantino to make his way to Kansas City as the opportunity is certainly there. After hitting a combined 24 home runs last season between High-A and Double-A in 116 games while driving in 84 runs, Pasquantino kept things moving in Triple-A so far in 2022. Through 49 games this year, the first baseman is certainly making the case for a promotion with 15 home runs and 52 RBI while hitting .291 and more impressively, striking out just 14.4% of the time.

There is always value in targeting pitchers who take the mound twice in a given week, but José Quintana does only have one win through 10 starts this season. While it might be a little surprising, we have to take note of the left-hander’s success to this point with a 2.32 ERA and just 0.36 home runs allowed per nine innings. Quintana has done a solid job in the strikeout department (7.33 per nine innings), and in a week with two starts I’m not especially concerned. Based on Quintana’s 3.16 FIP and 3.91 xFIP, there is limited downside in two solid matchups against Detroit and Atlanta. With just a six percent barrel rate and 86.2 miles-per-hour average exit velocity against, hitters also aren’t making great contact against him so that helps.

There is some upside with the young pitcher here beyond the fact that he is making two starts this week. After a strong effort last season (2.33 ERA in 38.2 innings at High-A and 3.36 ERA in 72.1 innings) Graham Ashcraft continued that success in Triple-A to begin 2022 with 1.65 ERA in 32.2 innings. Through the first two starts of his major league career the right-hander has kept that going with a 1.69 ERA through two starts in 10.2 innings. Two starts ago, Ashcraft threw 6.1 shutout innings against San Francisco while scattering just four hits and allowing two walks. It’s also a good sign to see how deep Ashcraft got it the game as he got through 92 pitches. The strikeouts haven’t been there to this point, but historically it hasn’t been a problem in the minor leagues and Ashcraft does good job of keeping the ball on the ground. In his most recent start on Thursday, the rookie threw seven innings against Washington for his second victory in a row which gives him a 1.53 ERA and 0.96 WHIP.

In each of his last two starts, Alex Faedo has limited the opposition to two runs each which brings his ERA to the season down to 3.09 over 32 innings of work. The former first round pick now appears to be healthy and finally rounding into form as he gets his career going after being a forgotten entity. Strikeouts weren’t a problem for Faedo in the past, so I’m going to hold off judgement on the fact that he has just 5.33 strikeouts to this point. Out of 87 batted balls this season, Faedo has only allowed six barrels against so opposing hitters aren’t making the best contact.

Sometimes you just have to throw your hands and admit defeat and the fact that we really don’t know all that much when it comes to closers. In Cincinnati, we are now full circle with Tony Santillan picking up saves in his last two games earlier this week. Santillan is now up to four saves on the season and after some early season struggles, his ERA is down to 4.67 ERA on the season while he is still sporting a 1.56 WHIP. It is a relatively small sample size (17.1 innings) and it’s really the saves we are after, and his 3.84 FIP does provide a little more optimism. In 10.2 innings in May, Santillan’s ERA was just 2.53 and now that he is back in position for saves, it’s only natural he’s back on our radar.

AJ Minter should come quite cheaply as he isn’t currently in line for saves, but the Braves don’t hesitate to use him in high leverage situations. That has led to 12 holds on the season which is good tie him for ninth in leagues that count saves and holds equally, but even better we getting 32 strikeouts in 22 innings along with a 1.23 ERA and 0.82 WHIP. That type of production can fit on just about all teams.