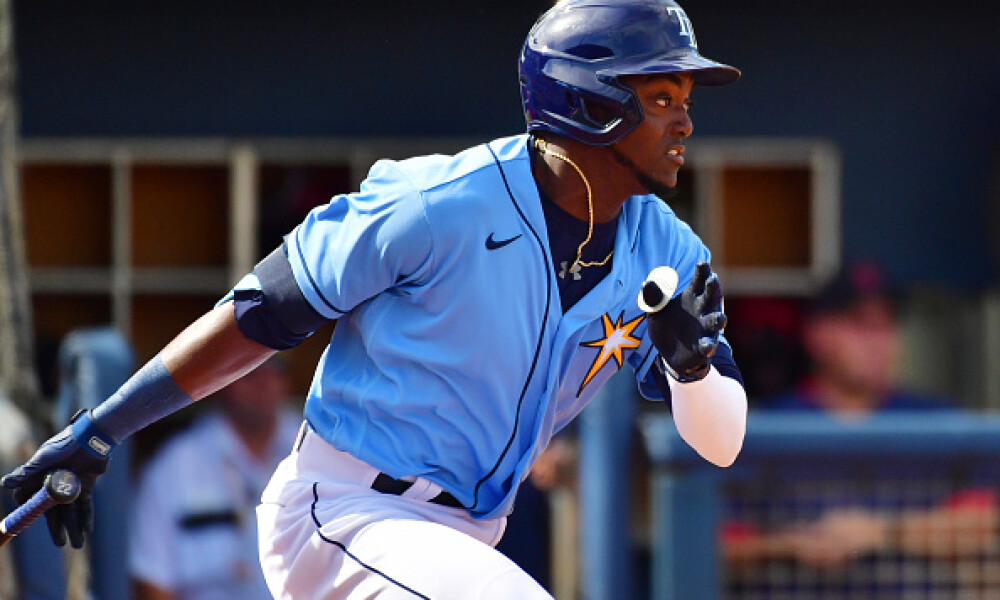 Cesar Hernandez (CLE); FAAB Bid: 1% - Hernandez has been floating around the waiver wire for a while in most leagues as he is owned in just 20% of Yahoo leagues, but looking at his stat line, I’m thinking that might be too low. In fact, I did a little bit of a double take in seeing that Hernandez has already gone deep 14 times this season while scoring 51 runs out of the lead-off spot. That .223 batting average is going to scare some seekers away, likely a large part of the low ownership, but with a .250 BABIP it’s possible we see a little improvement there as the season progresses. Hernandez’s ISO is a career best .185 and he has almost doubled his launch angle from last season (5.6 degrees to 10.9) while also sporting an impressive (for him) 9.2%-barrel rate.

J.D. Davis (NYM); FAAB Bid: 2% - New York has been looking for offense all season and they have also been trying to fill massive holes created by injury. Davis is the last of the fallen players to return and he is likely going to do so this weekend. Prior to his injury, Davis had 41 at bats under his belt this season and was successful hitting .390 with two home runs while driving in seven runs. While he won’t return at that level, Davis has proven over the last two seasons that he could be a solid producer.

Jace Peterson (MIL); FAAB Bid: 1% - Based on what we have seen out of Peterson as of late it’s hard to ignore the utility player. But let’s be honest do we really expect this continue? Over the last 14 days entering action on Wednesday, he was hitting .421 with two home runs, 11 RBI, 13 runs scored, and two stolen bases. A stretch like that can make a real difference in the standings, especially when injuries leave a gaping hole in your lineup, but we don’t want to overrate it either. Peterson went deep again on Wednesday which gives him four home runs in 119 plate appearances for the year to go along with a .268 batting average. At this point Peterson is more than halfway to his career high of seven home runs thanks to an extreme launch angle of 16.7 degrees. For now, I haven’t seen much out of Peterson to think this is sustainable, but if the price is right, I don’t want to miss out either.

Vidal Brujan (TB); FAAB Bid: 5% - You had to know this one was coming, right? Brujan’s promotion was highly anticipated after hitting .259 in 49 games at Triple-A this season with nine home runs and 15 stolen bases. There likely won’t be many more highly ranked prospects called up over the second-half of the season, and if there are, they won’t have the impact Brujan could based on the number of games remaining. Tampa Bay wasted no time throwing him right into the middle things as he batted fifth in both ends of the double-header going one for six with a stolen base and a run scored. The Rays didn’t promote him not to play him and the power he displayed this season was a pleasant surprise. When it comes to the stolen bases though, that is real and could be a real boost in the standings.

Eric Haase (DET); FAAB Bid: 2-3% - We are forever looking for production out of the catcher position so why not take a look at Haase? He doesn’t play every day, par for the course behind the plate, and there is nothing wrong with that since he’s ultimately a batting average liability. In 154 plate appearances this season Haase is hitting .243 with a startling 32.5% strikeout rate but that isn’t why we are here. What we are after is the 12 home runs and 25 RBI he has to this point and if he makes contact, good things will happen. Haase has a 19.5-degree launch angle so we know that he is selling out for the long ball and with a 15.2%-barrel rate and a 53.3% hard hit rate the quality of contact is there. Just be aware the batting average won’t be an asset and there is also some streakiness involved.

Zach Thompson (MIA); FAAB Bid: 2% - Perhaps it is time to take notice of Thompson who has pitched to a 2.25 ERA and 1.00 WHIP in 24 innings since his promotion. He is coming off a quality start against the Braves in his last time out in which he allowed three runs via six baserunners while striking out six in six innings of work. To this point Thompson has 31 strikeouts in 24 innings and he closes out the first half of the season by facing those same Braves. Prior to this year Thompson has kicked around the White Sox minor league system since 2014 to varying degrees of success but it’s been a while since he was truly considered a top prospect. With a 2.26 FIP and 3.56 xFIP we can feel at least a little confident in the results to this point, but for obvious reasons I am still skeptical to a point based on the small sample size, but you can never have enough pitching.

Joe Ross (WAS); FAAB Bid: 3% - For Ross, health has been one of the biggest obstacles towards him finding consistency and living up to his talent. The right-hander has made it through 87.1 innings so far this season and has struck out 91 batters while showing the ability to miss bats. In his last start Ross struck out 11 Dodgers and he has a solid 4.02 ERA and 1.20 WHIP as he looks to close out the first of the season on a high note against the Giants on Saturday. Home runs do have the potential to be an issue (1.55 per nine innings) and a .272 BABIP leaves a little room for negative regression, but at this point what you see from Ross is what you get. From when we last saw Ross in 2019, he threw a curveball about nine percent of the time, but this season that has been abandoned as he has placed a greater emphasis on his slider.

Jon Gray (COL); FAAB Bid: 2-3% - Gray is making a repeat appearance which is something I try to avoid, but generally the decision is made for me as a player’s ownership does surge. For the record, I’m not fully trying to say that it is due to this article and that I am the sole reason for that climb, but I’d like to think I play a part. Pitching in Colorado generally brings a stigma with it and I am not innocent in this either. Gray has returned from the Injured List and all he is doing is dealing. Over the last 14 days the right-hander has a 2.65 ERA and 1.06 WHIP with 23 strikeouts in 17 innings which brings his rations to 3.94 and 1.24 on the season, respectively. With a 3.53 xERA and a 4.21 xFIP pretty much what we see from Gray is what we can expect but he has benefited from a .260 BABIP while being hurt by a 67.1% strand rate. Pitching in Coors Field has also worked out just fine for Gray with a 3.22 ERA while he has struggled on the road with a 5.16 ERA.

Heath Hembree (CIN); FAAB Bid: 6% - When did this happen? Hembree was kicking around the Cincinnati bullpen all season and thanks to injury and ineffectiveness, there was a clear opportunity for saves. Over the past week the right-hander has taken advantage of the situation with three saves over the last six days. In each of those games Hembree didn’t allow a run as he brought his ERA for the season down to 5.33. Now that doesn’t mean that he now automatically becomes completely reliable but he does have a 4.81 FIP and 3.25 xFIP with an impressive 47 strikeouts in 28 innings.

Adam Ottavino (BOS); FAAB Bid: 2-3% - Ottavino isn’t the closer in Boston, that job belongs to Matt Barnes, but it’s not a clear delineation of role here either. With a 2.68 ERA and 19 saves no one is taking the closer job from Barnes but Ottavino has carved out a nice piece for himself in Boston’s bullpen picking up seven saves when Barnes simply can’t handle the volume work available to him. Ottavino has a solid 2.75 ERA, along with a questionable 1.33 WHIP, but he won’t hurt you in the ratio department and he has struck out 42 batters in 36 innings so far this season.