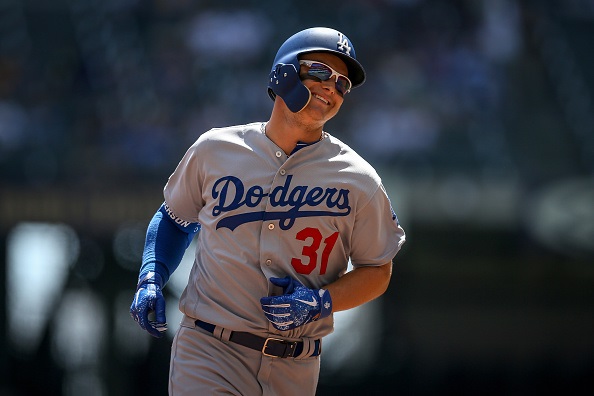 What’s up FANation!? After last week’s special edition of re-visiting a few guys, we are back to the norm this week with a list of new guys. We are nearly at the end of May and have a good chunk of games completed. Young or old, a player’s fantasy value never stops changing. As always, after each breakdown we will include a player or two who may be worth targeting if looking to sell the player who we did the breakdown on. That information can be used to help you kind of get a gauge of where you should be valuing him at this point in time.

Joc Pederson, OF LAD – Pederson has been really good this year and it seems like not a lot of people are taking him seriously in fantasy. He is still just 68% owned in Yahoo! leagues despite having 15 home runs, 29 RBI, 34 runs scored, and a respectable .267 average. He has been especially good over the last 10 games, hitting .438 (14-32) with three home runs, nine RBI, and nine runs scored. There is a lot to like in his metrics this year too, his 47.4-percent hard contact rate is elite and the best of his career, his 13.8-percent soft contact rate is the best mark of his career (not counting his 28 at bat rookie season), he’s striking out less than ever at 17.9-percent, and his BABIP is only .238 (.023 lower than his career average). He has always been able to hit for power and if he can continue to keep his strikeouts down, it will allow him to hit for a solid average. He is currently on pace to set new career highs in home runs, RBI, runs scored, and batting average. Possible trade targets: Edwin Encarnacion or David Price. 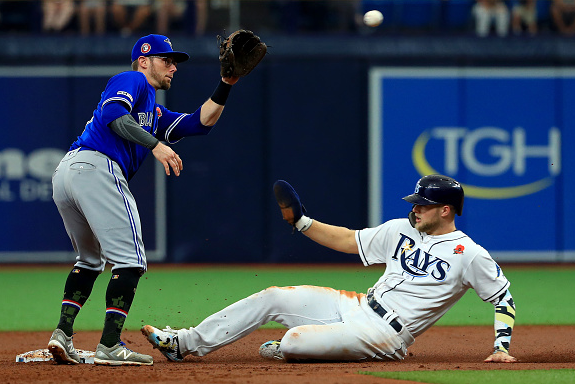 Austin Meadows, OF TB – Meadows had his second straight game with a home run AND a steal yesterday and now has 11 home runs and six steals on the year to go along with a .351 batting average, despite spending nearly three weeks on the IL earlier this year. I absolutely loved this guy coming into this season and he has still managed to exceed my expectations. Of players with at least 100 plate appearances, Meadows currently ranks second in batting average, fourth in slugging percentage, third in wOBA, and second in wRC+. Not too shabby. His batted ball profile is good too; he has a strong 26.3-percent line drive rate, 44.4-percent hard contact rate, and solid 15.2-percent soft contact rate. The one negative in Meadows’ profile is his unsustainable .398 BABIP, but his career BABIP is .360, and even if that number drops a bit, we would still be looking at a .300 hitter who is on pace for 30 home runs and 20 steals. Possible trade targets: Carlos Correa or Jose Berrios.

Steven Matz, SP NYM – Matz has been better than people think this year. Sure, his 3.63 ERA looks good as it is, but that’s with a game in which he gave up six earned runs without recording an out. Yes, that start still counts, but if we take out that blip, we are looking at a guy who has a 2.42 ERA in his other eight starts this year. His current K/9 of 9.1 would be a new career best and who doesn’t love strikeouts in fantasy. He has actually been a pretty interesting case though, as he is pitching to a better ERA than his career norm while also striking out batters at an increased rate, but has some poor metrics behind it. His 42.1-percent hard contact rate and 16.5-percent soft contact rate against are both the worst marks of his career leading to a FIP, SIERA, and xFIP all above 4.00. That means that he likely has regression coming; however, he is not going to have another outing as bad as the one he had earlier this year, so where his ERA is at currently is probably around what we can expect from him for the rest of the year, making his stock one that is up. Possible trade targets: Justin Turner or Kenta Maeda.

Mychal Givens, RP BAL – Givens has been awful lately, giving up seven hits, six walks, and eight earned runs over his last two innings pitched (four appearances). His ERA has jumped from 2.75 to 6.75 in that stretch and manager Brandon Hyde said that Givens will work in low-leverage situations for a while. Givens was roster-able in fantasy with his four saves, but since he will no longer be working in save situations he has little-to-no value for the foreseeable future. His metrics aren’t that bad and mostly in line with what they have been throughout his career, meaning he’s been pretty unlucky and it’s further evidenced by the fact that his SIERA is 3.91 and his xFIP is 4.09. The two big negatives standing out in his profile are his walk percentage of 13.1-percent (highest mark of his career) and 25.0-percent HR/FB rate (more than 15.0-percent higher than his career mark). He is droppable in fantasy, but keep an eye on him and be ready to pick him back up if he works his way back into the save mix.

Aaron Hicks, OF NYY – Hicks has flat out been terrible since making his season debut and return from IL on May 13. Two weeks is not a large sample, but a .179 batting average with one home run and zero steals through 47 plate appearances is rough. He is striking out at an alarming rate of 31.9-percent (11-percent higher than his career average) and his batted ball profile has been dreadful. His 28.0-percent hard contact rate is 11.5-percent lower than last year, his 24.0-percent soft contact rate is the worst of his career, and his 8.0-percent line drive rate and 60.0-percent ground ball rate are both atrocious. Again, it’s a small sample size and not something to overreact to, but it does show that he has been as bad as the numbers show and it hasn’t been luck based. All of that being said, he still makes for a nice buy-low target from a disgruntled owner; he continues to hit second or third in the Yankees lineup and keep in mind he hit 27 home runs in 480 at bats last year. Possible trade targets: Justin Smoak or Joe Musgrove.

Chris Archer, SP PIT – It is only fitting that in an article with Meadows as a stock riser that we have Archer as a stock faller. Archer had a nice start to the year, giving up four earned runs across 18.0 innings pitched (three starts) with 26 strikeouts, but he has been absolutely dreadful in every start since. Over his last five starts, he has gone 0-5 with an 8.74 ERA, a .304 batting average against, 17 walks, and only 16 strikeouts across 22.2 innings pitched. Nothing in his profile points to a guy that has been unlucky either, and his FIP, xFIP, and SIERA all in the fives. His fastball velocity is down for the second straight year, his strikeout percentage is down, and his walk percentage is up. He is droppable at this point in 10 and 12-team leagues. For 15-team leagues, his trade value is so low that you’re better off holding onto him and hoping for a good span of starts again. 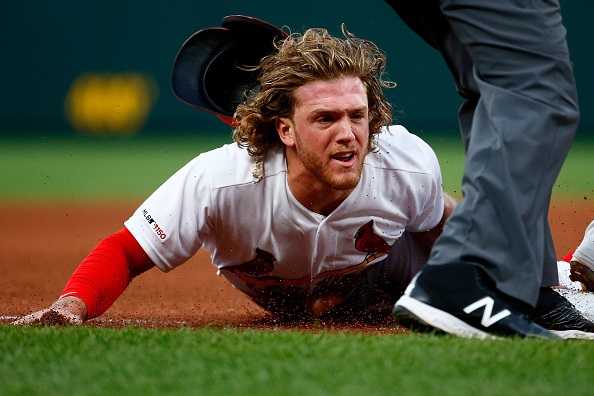 Harrison Bader, OF STL – Bader had a nice year last season and was the Cardinals starting center fielder to begin this season, but a slow start followed by an injury cost him his job. However, his strong play over the last 10 games has had him in the starting lineup more frequently and given his defense prowess (93 percentile in sprint speed and top-five in catch percentage added), if he continues to swing a hot bat, he will force the Cardinals hand to play him regularly. Over the last 10 games, he is hitting .429 (12-28) with a home run, a triple, two doubles, and has one steal. Remember, this is a guy who had 12 home runs and 15 steals as a rookie last season across just 379 at bats. We need to see consistent playing time before we get too excited, but with those numbers last season and the metrics he’s posting this year, we need to be ready to scoop him up in shallow leagues. Those metrics include a 42.4-percent hard contact rate, 13.6-percent soft contact rate, and a 25.4-percent line drive rate, all of which are very solid marks. The Cardinals are a better team when Bader is in lineup and eventually they will realize it.

Shohei Ohtani, DH LAA – Ohtani was expected to make an immediate fantasy impact when he made his return off IL on May 7, but that just simply has not been the case, as he is hitting a lousy .227 with two home runs, nine RBI, and four runs scored through 17 games (66 at bats). So he should be a stock faller right? Not so fast! We are looking at a small sample size and the underlying metrics show a guy who has been extremely unlucky. His 45.8-percent hard contact rate and 33.3-percent line drive rate are both better than last season and he hasn’t hit a single infield fly ball yet. His 92.7 mph exit velocity is actually 0.1 higher than last season as well. So how is he hitting only .227? Well he shouldn’t be, his xBA (expected batting average) is .288 and his xSLG is .439 (.121 points higher than his actual .318 SLG) He will be fine and now is the perfect time to throw a low-ball offer at an Ohtani owner and see what happens.