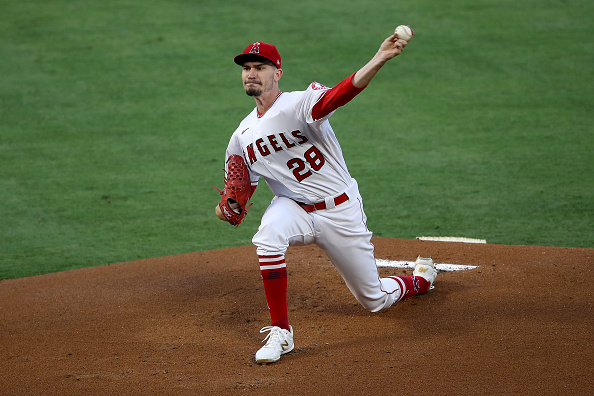 This season has been a complete mess, with constant PPDs due to COVID-19 and players like Cain and Cespedes opting out seemingly out of nowhere. It’s making things very difficult for us fantasy managers, but all we can do is work around it the best that we can. The Stock Watch and Waiver Wire report will be more important than ever this year with the constant issues that we have to work around. And while we don’t want to overact to small sample sizes, this season is so short that we have to be more proactive with moves than we have in the past. Without further ado, let’s dive in!

J.P. Crawford, SEA SS – Crawford was once a prospect with a ton of hype, but after struggling in Philly the shine wore off. He started to show some flashes last season with a strong May and June, but flamed out down the stretch. However, he’s still just 25-years old and he’s off to a hot start, hitting .333 with 10 runs scored and a pair of stolen bases. Seattle has moved him into the leadoff spot and he hasn’t missed a beat. His exit velocity still isn’t great and I wouldn’t expect much in the power department, but he ranks very high in contact rate, whiff rate, and expected batting average. Hitting at the top of the lineup should provide run scoring opportunities and the early stolen bases are a nice sign.

Andrew Heaney , LAA SP – Heaney has made two starts thus far and he has looked good in both. His first was against the A’s and he gave up just one run across 4.2 innings of work while striking out six. His second was against Seattle and he gave up two runs over five innings while striking out six once again. He has a 2.79 ERA and 0.83 WHIP through his first 9.2 innings pitched with 12 punch-outs. His next outing will once again be against Seattle, but that’s a good thing as the Mariners have been striking out at alarming rate so far. Heaney has shown flashes at the big league level but has had a lot of issues with injuries, but the shortened season could be beneficial to the lefty.

David Peterson, NYM SP – The Mets rookie left-hander has now made two starts and he has looked good in both. He tossed 5.2 innings of two-run ball in a win over the Red Sox and followed that up by throwing six innings of three-run ball against the Braves while striking out eight. Both of those clubs have good offenses, so it’s a good sign that Peterson was able to pitch well against both. He was a first round draft pick in the 2017 draft and he struck out 122 batters across 116 innings at the AA level last year. His next start is scheduled for Saturday against the Marlins and that is a good matchup to attack.

Khris Davis , OAK DH – Davis was a model of consistency from 2016-2018 as he hit .247 all three years with at least 42 home runs and 102 RBI. However, he dropped last season in a big way, hitting just .220 with 23 home runs and 73 RBI. He played through an injury though, so many looked at him as a prime bounce bounce candidate this season, but things have gone from bad to worse with Davis. He has just one hit (a single) through 23 at-bats with zero RBI. Nearly half of his at-bats (10) have resulted in a strikeout and he looks clueless at plate right now. He can be dropped in most leagues right now.

Andrew Benintendi , BOS OF – Benintendi seems to be a rare/odd case in which a player seemingly declines as they enter their prime years. He broke out as a 22-year old in 2017 and followed that up with a strong 2018, posting at least 16 home runs and 20 steals in both seasons. However, he wasn’t nearly as good in 2019, as he hit just .266 with 13 home runs and 10 stolen bases. Those who drafted him this year did so with the hopes of a bounce back campaign, but things are getting worse instead of better. He is hitting just .083 with zero home runs through eight games played. He looks lost at the plate and as you can see with the baseball savant picture below, it may even be worse than it seems. I have no issue cutting bait with him in this shortened season.

Josh James , HOU SP – James was a very popular “sleeper” choice this year for his elite strikeout rate after striking out 100 batters across 61.1 innings last year (14.7 K/9). The problem is that he can’t throw strikes. He walked 35 last year which was a very high rate and its far worse so far this year as he leads the league in free passes issued with 11 through just six innings. The nine strikeouts are great and all, but they don’t matter when you have a 10.50 ERA and 2.50 WHIP. He has only given up four hits, so he needs to do a way better job of just attacking hitters. Right now it’s hard to use James in any fantasy format.

Dominic Smith , NYM OF – With Yoenis Céspedes opting out of the season a door of opportunity has opened for Smith to be a near everyday player for New York. Through 12 at-bats this season, Smith has three hits, a home run, and five RBI. Across 177 at-bats last year, Smith hit .282 with 11 home runs and 25 RBI. He is awful in the field and it makes it hard for the Mets to give him playing time, but now that he can be used as the DH he should be able to make some noise in fantasy. His bat is MLB ready and deeper leagues should pick him up. In shallow leagues you can take more of a wait and see approach on Smith.