Fantasy Baseball September 21 Round Up: Aaron Judge Reaches A Milestone 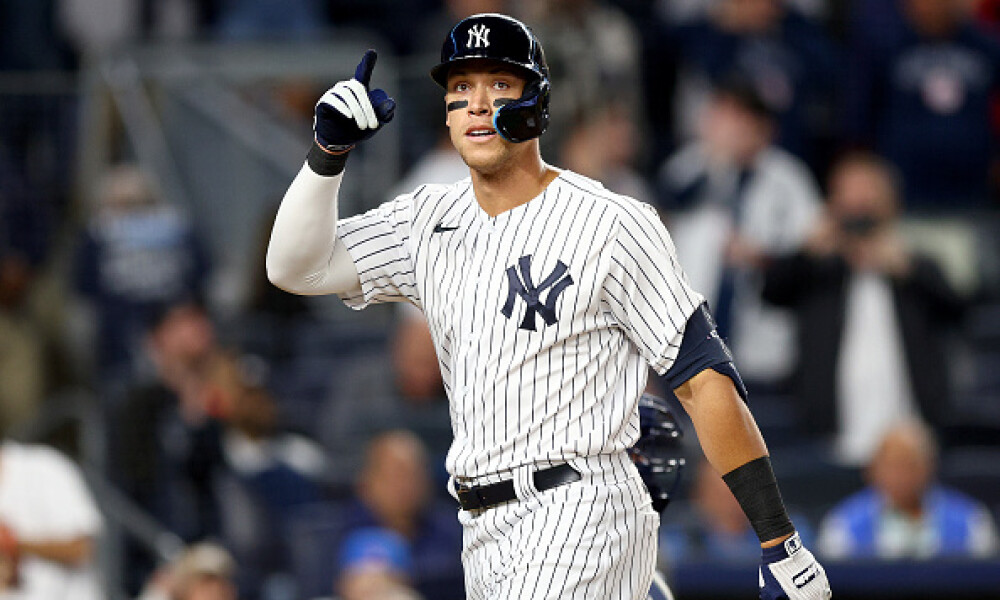 Last night’s Yankees-Pirates matchup might be remembered as the game of year when all is said and done. The Yankees entered the ninth inning trailing 8-4 and then Aaron Judge stepped to the plate. He blasted his 60th home run of the season, tying Babe Ruth’s total from 1927. But that wasn’t all he did, as the home run moved him into the Triple Crown lead for the American League.

Not to be outdone, the Yankees then loaded the bases so Giancarlo Stanton (who had struck out three times) could blast a laser grand slam to give the Yankees a much-needed win. The bullpen was once again suspect and the Yankees got bad news on Frankie Montas, but for one magical night, the Bronx was once again the epicenter of the baseball world.

For two teams who are desperately hanging on to Wild Card spots as the season draws to a close, the Phillies and Blue Jays pitching staffs sure looked like they wanted no part in a win. This game featured 29 runs, including 16 in the last three innings as Kyle Schwarber and Matt Chapman both hit key bombs to support their teams.

Schwarber’s home run gives him 40 on the year, and although he has been overshadowed by Aaron Judge, his power season has been phenomenal. In addition to Schwarber and Chapman, J.T. Realmuto (5-for-5 with a homer) and Teoscar Hernández (4-for-5 with three runs) also had big nights.

Steven Kwan Has a Huge Night at the Plate

The MVP of the first two weeks of the season has quietly been raising his fantasy value back up to elite levels the past couple months, culminating in a massive night on Tuesday. The Guardians’ leadoff man went 4-for-6 with two runs, two RBI, and his 16th stolen base of the year.

His fantasy impact has been overlooked since April, as he will finish year with an average around .300, score 85+ runs, and have around 20 steals. At just 25 years old, he is certainly worth an OF3 spot on your 2023 rosters.

Cristian Javier Allows Just One Hit to the Rays

Cristian Javier flummoxed the Rays on Tuesday night, allowing just one hit while striking out six batters in five innings of work while the Astros cruised to an easy 5-0 win. He did walk four batters, which can often be his undoing, but batters haven’t been able to catch up to his fastball lately which is keeping men off of base via the hit.

Coming off an ADP of 321 this past spring, that number is likely to be cut in half for 2023 assuming the Astros commit a starting spot in the rotation for the breakout star.

The Seattle Mariners are desperately trying to cling on to the last Wild Card spot in the American League, but they are only 4-6 in their last 10 and their newly acquired star pitcher couldn’t find an answer for the hapless Athletics.

Castillo allowed eight baserunners and four runs in 4.2 innings pitched, which is completely uncharacteristic for how he has pitched this season. Castillo likely has three more starts to try and right the ship for the Wild Card elimination showdown awaiting the Mariners.

The San Diego Padres are similarly looking for some breathing room the NL Wild Card standings, just four games ahead of the Brewers presently. They got the help they needed from Mike Clevinger last night as he shut down the Cardinals, allowing no runs in 5.2 innings pitched.

Clevinger had been downright awful for the rest of this month, so this is an encouraging sign as the Padres inch towards the playoffs and a matchup with the Braves in the Wild Card round.

Shane McClanahan was forced to leave his start against the Astros early on Tuesday. The Rays do not believe it to be a serious injury, but rest assured they will be as cautious as they can with their ace in advance of the Wild Card round next month.

While he likely hasn’t been on your fantasy roster for quite some time, MLB’s loss leader (18) left his start before the first inning was even over. Do the Nationals hold him out now to make sure he does not get the stigma of losing 20 games? Does anyone even care at this point? So much promise all those years ago that never materialized.

Nick Senzel will end a discouraging season with just a .231/296/.306 slash line after he broke his toe chasing down a J.D. Martinez hit on Tuesday night. Senzel, who was once a promising prospect, has had a career so far defined by injuries. This one shouldn’t prevent him from being ready in 2023, but fantasy managers may be out at this point.

Frankie Montas Lands on the IL with Shoulder Problem

It wasn’t all good news for the Yankees on Tuesday as they got word their star trade deadline acquisition will be shut down for a while with a shoulder injury. It sounds as if the team is hoping he can make another start before the end of year, but this is also a chronic issue that has been with him for quite some time. It is unclear at this point what role Montas will have on the playoff roster, if any.