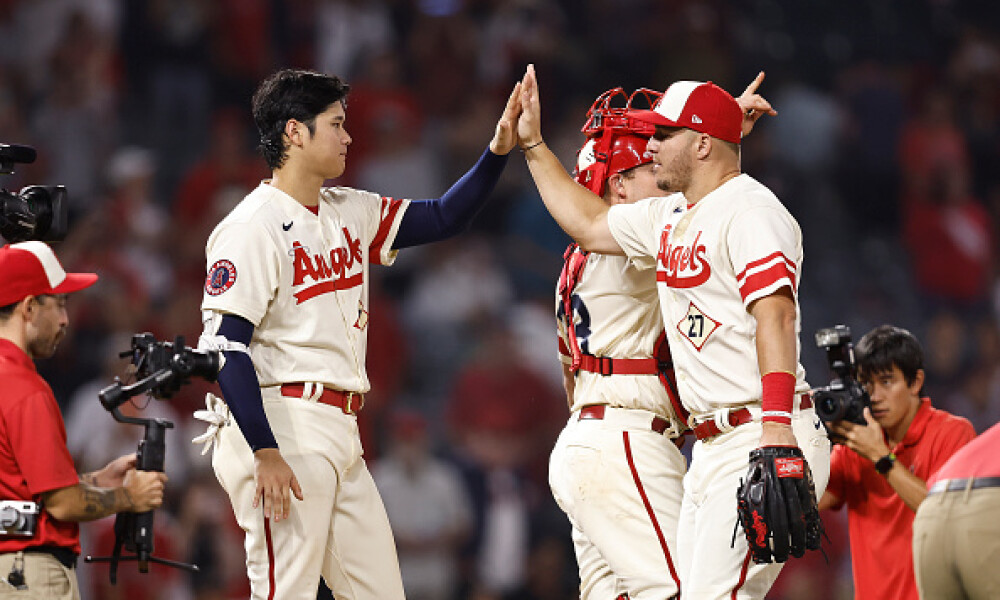 And just like that, the 2022 Major League Baseball regular season has come to an end. We get a day off today, and then the MLB postseason starts on Friday, and I’m ecstatic! Also, we will be covering the postseason from a DFS perspective, so we aren’t done yet, baby! On the final day of the season, we saw Shohei Ohtani make history, Mike Trout joined the rare 40-homer and 40+ missed game club, and Luis Arraez and Jeff McNeil locked down the AL and NL batting title respectively. As Houston prepares for the playoffs, Framber Valdez threw five shutout innings, giving him an AL-best 201.1 innings on the season.

Keep an eye out on the site here in the next day or two, as I’ll be putting together a comprehensive fantasy baseball recap of the 2022 season, talking about some of the notable factoids, best draft picks, worst draft picks, best values, and even a little look ahead to the 2023 fantasy baseball season. It’s been a pleasure being here with you throughout the regular season, but now, let’s look ahead to the postseason, and see what team wins the 2022 MLB World Series.

Last night, Ohtani became the first player in the World Series-era to qualify for leaderboards as both a hitter and a pitcher in the same season. What he did this year was nothing short of exceptional. He hit 34 home runs, stole 11 bases, hit for a .273 batting average at the dish, and then on the mound, he went 15-9 with a 2.33 ERA and career-best 33.2 percent strikeout rate. If it weren’t for Aaron Judge’s season, Ohtani is likely the unanimous American League MVP for the 2022 season. I know it has been said, will be said, and won’t ever stop being said, but what a 2022 campaign for Shohei Ohtani.

His home run last night gave him 40 on the season, doing so in just 119 games played! That feat is impressive, as Eno Sarris points out here.

Jeff McNeil’s .326 batting average just narrowly edged out Freddie Freeman (.325) for the National League batting title. Outside of batting average, McNeil might not have done a ton for fantasy managers, but that batting average was certainly quite the boost, and over the final 59 games of the year he hit a whopping .368 with nearly half of his home runs on the season! He recorded a hit in 45 of his last 59 games on the season, and he recorded multiple hits in 27 of them. He nearly had twice as many multi-hit games as he did hitless games over the final two months of the season.

Meanwhile, the American League race wasn’t quite as close, as Luis Arraez (.316) edged out Aaron Judge (.311) and Xander Bogaerts (.307) by a relatively healthy margin. Arraez was quite the find for fantasy baseball managers this season. Arraez was similar to McNeil, in that Arraez only had 12 combined home runs and stolen bases, but his 88 runs scored and .316 average helped fantasy managers out immensely. He boasts a high-contact batted ball profile, and with a little luck, he’ll get to double-digit home runs next season and his .288 xBA helps offset, or at least quells concerns, regarding any potential regression in the batting average department.

Valdez may have lost his exceptional streak of quality starts late last month, but he ended the year on a high note, as he dominated Philadelphia over five shutout innings. Valdez struck out 10 Phillies, and it was his third double-digit strikeout game of the year. He ends the year with a 17-6 record, 2.82 ERA, 1.16 WHIP, and a career-best 194 strikeouts across 201.1 innings of work. As an extreme ground ball pitcher, home runs continue to be a non-factor for him, and the amount of strikeouts he racked up this year had to have been quite the delight for fantasy baseball managers that invested into Valdez this season. The Houston southpaw was one of just eight pitchers to log at least 200 innings pitched this season, and his 201.1 innings were the most in the American League.