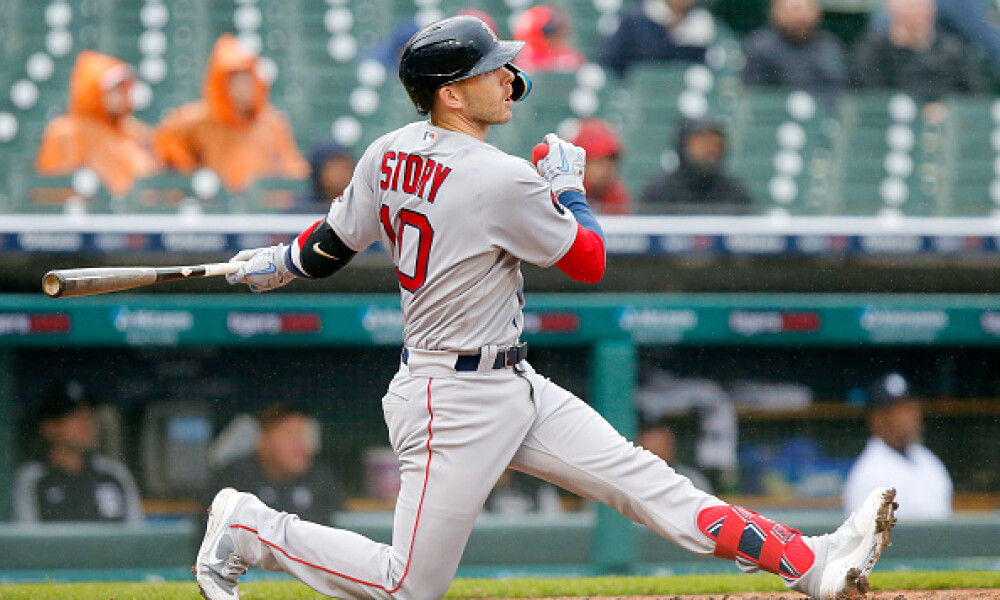 But don’t blindly make trade offers. Do yourself and your fantasy baseball league a favor and actually study the other teams’ rosters. All too often, novice fantasy players will use some fantasy baseball trade chart or some fantasy baseball trade calculator and just get a few names that may help you. But what those charts and MLB tools don’t do is assess your opposition’s needs and those who use them start sending these awful trade offers of players the other team doesn’t need. It doesn’t take much to be a good trade partner. Understand that it’s more than just a “buy low sell high fantasy baseball trade." The key to being successful is the ability to identify a deal that helps both teams. Stop trying to “win the trade.” If you can make deals that both parties can easily agree upon, you’ll find your teams have much more success.

Now let’s check in with the latest fantasy baseball news and see if we also can’t dig up a few potential trade targets.

It’s tough to get excited about a .200/.282/.313 slash line, especially when it’s coming from a guy you probably drafted inside the first few rounds of your fantasy baseball drafts, but Trevor Story’s second home run of the season last night continued to give hope to those who are rostering him. The start of the season has been horrible and you’ve been forced to either stand by him or sell for pennies on the dollar, but we’re starting to see a little something more as he is now batting .227 (5-for-22) over his last six games with two home runs and six RBI. Even better is that he has also stolen a base in each of his last three games. The numbers aren’t eye-popping, by any means, but it’s definitely a start. I’d look into a potential buy-low if you can.

Long-term, the Astros are hoping to have Jake Meyer, who is currently on the 10-day IL with a shoulder injury, handle the work in centerfield, but he still seems to be a few weeks off. He just ramped up the intensity of his workouts, but only started throwing to bases recently. Knowing what we know about shoulder issues, it’s going to take him some time, not only to get his throwing down, but also his power at the plate. In the meantime, McCormick knows he could be playing on borrowed time, but he’s done enough to fend off Jose Siri so far and now he’s starting to show that he doesn’t want to let the job go with his second homer in as many games. He’s only slashing .242/.296/.444 on the season, but should his hitting trajectory continue to rise as it is, he could fend off Meyer for a lot longer than expected. It’s hard to get too excited over just two games, but if he does stay hot to close out this month, he could prove to be a solid power/speed combo in deeper formats.

Talk about a low profile; it’s amazing that more people aren’t talking about the Dodgers 28-year right-hander more. Trapped in a system rich with pitching prospects, Gonsolin’s big-league debut wasn’t until 2020, but now with the likes of Max Scherzer and Trevor Bauer gone and Clayton Kershaw routinely injured, he’s getting a chance to shine and doing a fantastic job of it. Though he has only thrown six full innings twice this season, through seven starts, Gonsolin is sporting a 1.64 ERA with a 1.03 WHIP and 30 strikeouts over 33 innings. He’s using both his curveball and split-finger more now than he has in the past and the honed command and altered pitch mix are doing great things for his game right now. He’s pretty low on people’s radar still so he could be had for cheap. Just keep in mind we still may not see more than 100-110 innings from him, especially with the way Dave Roberts babies his starters.

Other Strong Pitching Efforts Include:

Yusei Kikuchi, TOR – Revenge is a dish best served cold and that’s exactly what the Mariners got served when their former starter blanked them for six innings. Tough to trust Kikuchi from start to start, depending on the match-up, but he did lower his ERA to 3.38 on the season.

Freddy Peralta, MIL – Seven scoreless innings with 10 strikeouts against the Braves? Yes, please! I don’t care if Ronald Acuña Jr. is out of the lineup or not, that’s not an easy team to blank.

Johnny Cueto, CHW – Remind me to apologize to Jim Bowden for cracking on his Cueto call yesterday. I don’t know if I’ll ever be able to trust using him in fantasy, but maybe if he’s facing the Royals again. Or the Reds. Or the Pirates.

Wade Miley, CHC – OK, but it was the Pirates, right? Can’t trust him to produce seven scoreless innings with one hit allowed again, can you?

Not that many fantasy players are rostering Rockies pitchers, but if you’re in a deep league or in an NL-only format, sometimes you’re forced into it. Senzatela has had his moments, but trusting him at home, with the way he pitches to such high contact, is not something you want to do. The point is moot right now as it looks like his early exit from yesterday’s game with back tightness is going to put him on the shelf for a bit. No word on a replacement, but if the Rockies just use their off day as a respite, Chad Kuhl could be moved up and still stay on normal rest. Not that you want to start him either!

Minnesota Twins May Have Carlos Correa Later This Week

According to manager Rocco Baldelli, Correa (finger) is “close to returning” and “we could see him out here this series against the A’s.” Now I’m not going to get greedy and look for him in Tuesday’s lineup, but if Wednesday is an actual possibility, then I would happily settle for a return this weekend against the Kansas City Royals. There has been a lot of internal discussion regarding a need for a rehab stint, but if Correa is truly capable of returning to the lineup this week, the Twins are probably going to have him in the majors than doing a rehab stint at Triple-A.

We don’t have the specifics yet, but this did not look good as Odorizzi popped off the mound to try and cover first base, only to crumble to the ground before he could make it to the base. While we don’t know the actual injury, we should note that he was incapable of putting any weight on his leg so the prognosis is not good. Maybe an Achilles or a knee issue, it seems, which could end his season. We’ll keep you updated when we know more.

Man, we really got screwed yesterday, didn’t we? The fact that Noah Syndergaard failed to make it out of the first inning happens. It was a losing bet. But we got hit with a push on the run total for the Red Sox/Astros game and then Los Angeles Dodgers closer Craig Kimbrel took our three-run lead in the ninth and our win on the run-line and screwed us by giving up a one-out single and then a garbage home run o David Peralta, killing our bet. Brutal way to go down.

While the Detroit Tigers have won four-straight games, it’s difficult to back them when they’re only averaging 2.7 runs per game over their last seven. Not to mention, three of those wins came against the Orioles, one of the few teams worse than Detroit. Tampa Bay’s starter Shane McClanahan is not going to let them boost that run total number. The righty has 27 strikeouts over his last 17.1 innings and has staved off lineups much more powerful. On the other side, you know I’m about betting against Beau Briekse. Not much value on the money line, but the Tampa bats can definitely do enough to give me a two-run lead, right?

In the realm of “coulda shoulda woulda,” I was actually leaning on the over in yesterday’s Marlins/Nationals game, even with Sandy Alcantara on the mound for Miami. Turns out I would have been right as the Marlins did enough on their own to hit the over. Today, we’ve got Joan Adon and Cody Poteet on the mound. Today feels like a day where both offenses eat, especially when the over has hit in each of the last five games between these two clubs.

After yesterday’s win, the Giants have now run a streak of 11-straight wins over the Colorado Rockies and have outscored them 85-34 in that span. Impressive, right? Well, with Chad Kuhl on the mound for Colorado, I’m ready to invest in the Giants bats here and watch them keep that streak alive. If Alex Cobb can hold down the fort for five or six innings, the bullpen should be able to do enough to keep the Rockies bats in line.

I may even sprinkle a little something on Joc Pederson to hit a home run at +240 on BetMGM.