Fantasy Baseball March 30 Round Up: Is It Ranger Suarez and Hunter Greene SZN? 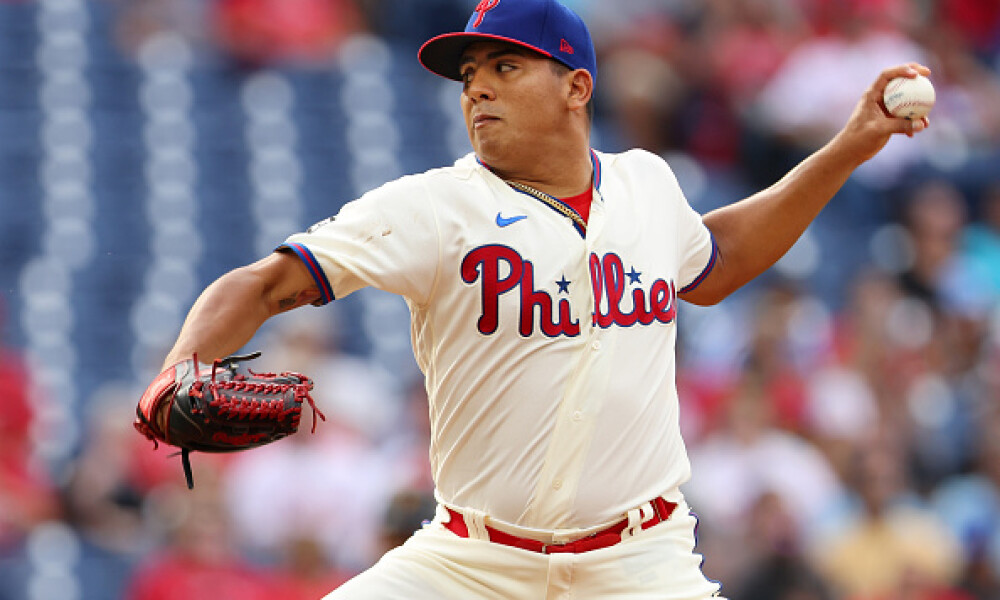 The 2022 MLB season is almost here and that means time is running out to do your fantasy baseball drafts. This weekend is going to be quite the draft party and I am 100% ready for it with updates to my 2022 fantasy baseball player rankings and the Ultimate Fantasy Baseball Cheat Sheet. We’ve also included our Projected MLB Lineups, Projected MLB Starting Rotations and we even have an all-in-one list of Fantasy Baseball Players with Multi-Position Eligibility.

But while all those draft tools are paramount to your success, you also need to stay on top of all the latest MLB news, MLB injuries and, of course, the 2022 spring training position battles. That’s where the Fantasy Baseball Daily Round Up comes into play, so if you haven’t bookmarked the page, you better. Nothing worse than falling behind, right?

Get ready for inflation, people. Here it comes. If you were eye-balling Suarez in your fantasy drafts, you’re finally going to get a look this weekend as his visa issues are behind him and he’s ready to take the mound. The hype on the young southpaw is legit. Over 106 innings last season (39 appearances, 12 starts), Suarez posted an impressive 1.36 ERA with just over a strikeout per inning. He’s got low-to-mid 90s heat, a strong changeup and while he backed off it a lot last year, a very deceptive slider. He did not give up the long ball very much and he posted a wild 59.2-percent ground ball rate. And best of all is that these numbers are very believable. He’s quite the talent. The caveat, however, is the heavy ground ball rate and what we expect from the defense behind him. Even if the Phillies were to push Alec Bohm to the DH spot and let Bryson Stott handle the work at third, the defense behind Suarez is going to be pretty gross. Don’t be surprised to see that ERA jump a little this year, though you can eat least take solace in the fact that his FIP and xFIP will look good.

Well this is certainly good news. Surprising too, but the good kind of surprise. The 22-year old flamethrower (triple digits on the gun regularly) posted a 3.30 ERA, 1.18 WHIP, and 139:39 K:BB ratio over 106.1 innings last summer between Double-A Chattanooga and Triple-A Louisville and was expected to open the year in the minors for more seasoning. But the Reds have seen more than enough this spring and with their depleted roster, would like to take a longer look at him against big-league hitting. The run support might be tough and there is always the concern about throwing in Great American Smallpark, but this kid has such a dominant arm that I think he shines in any park.

Two more strikeouts for the Dodgers supposedly slugging outfielder and it just might be time to hit the panic button. You can’t even look at him in fantasy drafts right now unless he falls well below his current 98.24 ADP. That’s just too much draft capital to spend on a guy who struggled all of last year, woke up for the playoffs, tweaked his mechanics in the offseason again and has now struck out 17 times in 24 at-bats and doesn’t have an extra-base hit at all this spring. If he continues to plummet down draft boards, then maybe a late-round flier is intriguing, but I just cannot recommend him at all.

Oakland’s Eric Thames Could Be Late Round Power Source

Now while I can’t recommend Bellinger, Thames becomes a much more interesting late-round possibility for the sole fact that he’s, pretty much, free in all drafts. The A’s are atrocious. There’s no denying that. They’ve traded away the heart and soul of the team in Matt Olson and Matt Chapman and they are continuously shopping their best arms too. But they need to field a team and the 33-year-old journeyman slugger looks to be in line for at-bats both at first base and the DH spot this year. He’s been working his way back from an Achilles injury which put a damper on his 2021 season with the Yomiuri Giants, but has found success this spring, slashing .250/.368/.500 with a double, a home run and three RBI over just 16 at-bats. He struggles against lefties, so a platoon seems right for him, but if you’re in a league with daily roster moves and can move him in and out of your starting lineup with ease, he could be an interesting late-round option.

I’m sure there are a few of you who are saddened by the news that the Pirates sent Cruz down to the minors, but you had to expect it, right? And it’s not even about service time either. Well, maybe the Pirates are thinking that a little bit, but really, it’s about Cruz being ready for prime-time. First off, I just don’t see him sticking at shortstop, not with that 6-foot-7 frame of his. That kind of size makes defense at short so much more difficult. The Pirates are expected to have him play the outfield and maybe even take a look at both corner infield spots to see where the fit is best. I expect Cruz to be up sometime in June and when he does arrive, he should be able to simply focus at the plate and not worry so much about his defense. If you drafted already just stash him if you can.

Stay the course, people. Be calm. All is well. Anyone who has listened to me on SiriusXM Fantasy Sports Radio knows just how high on Clevinger I am this year. He’s making his way back from Tommy John surgery, the Padres brought in his old pitching coach from Cleveland and, once he is ready, I see him dominating in San Diego. There had to be some expectation of rust for his first time out, especially given the long layoff. Did it need to look this nasty? No, probably not. But hopefully this keeps Clevinger off people’s radar and no one swipes him from me in drafts anymore. Do not let this outing deter you. He’ll throw a few more sessions between now and the start of the regular season and he will be just fine for the rest of the way. Even if he gets hit around the first few outings, stick with him. You’ll be extremely happy you did.

Tampa Bay Rays OF Austin Meadows Out with Oblique Issue

The team is downplaying the issue, but it’s definitely something to keep an eye on, especially with Meadows’ batting average issues last season. Rays manager Kevin Cash called the injury minor and says he expects Meadows to return in a day or so, but oblique injuries can really mess with your timing at the plate, so you may want to expect some early struggles, though the power will certainly remain.

The latest word is that the Giants expect Yastrzemski to return to action over the weekend. The injury is being categorized as “quad tightness” so there is little fear of him missing Opening Day. Continue to keep him on your radar for the later rounds as he will see full-time at-bats and is looking to build off last year’s career-best 25 home runs.

Hate to leave you on a down note, but the latest word is that Longoria will be out for approximately six weeks. He suffered the injury during the playoffs last year when he was hit in the hand with a pitch, but further tests during the offseason revealed ligament damage in one of his fingers which required surgery. He was a low-end option anyway in fantasy, but maybe this opens up further opportunity for Wilmer Flores to have some early-season value.