Fantasy Baseball March 23 Round Up: Is Jacob deGrom the No. 1 Fantasy Starting Pitcher in 2022? 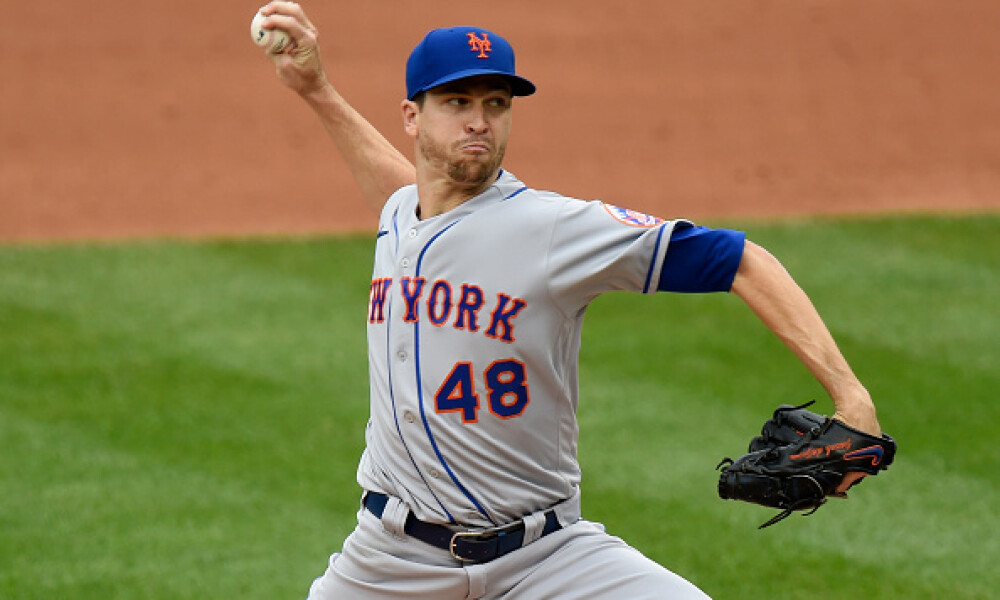 With fantasy baseball drafts in full-swing, I’ve been spending a lot of time looking at my 2022 fantasy baseball rankings. The fantasy baseball auction values for 2022 as well, as the general ranges are in our Ultimate Fantasy Baseball Cheat Sheet, but the rankings are getting some added attention with spring training games being played. The reason is because I am often asked about updates and changes and want to make sure it is clear as to what really moves the needle for me to make significant changes.

MLB injuries and spring training position battles get the most attention with regard to adjusting my rankings. Jack Flaherty has a shoulder injury and Chris Sale is dealing with a rib fracture? Yes, that will push them down. Jazz Chisholm Jr. gets hit on the hand and is dealing with a bruise? Not so much.

When New York Yankees manager Aaron Boone makes an appearance on the Fantasy Alarm Show on SiriusXM Fantasy Sports Radio and tells me that Anthony Rizzo, Gleyber Torres, Isiah Kiner-Falefa and Josh Donaldson are likely to be the team’s infield starters with DJ LeMahieu as the utility man moved around the diamond, I’m going to make some tweaks. However, the discussion of unvaccinated players for both the Yankees and the Mets does not have me running out to change my rankings.

The simple fact that, due to HIPPA privacy laws, we do not know who is vaccinated and who isn’t, I cannot downgrade players in my rankings strictly due to supposition. If you are concerned in any way, then, simply put, avoid the player. We provide you with tiers in the Ultimate Cheat Sheet for just such an instance. If you are concerned that Aaron Judge is going to miss time because of a vaccination rule in New York City, then simply pivot to another player. If things change and he misses no time, well, that’s the chance you take. If they don’t then you’ve done well for yourself by minimizing your risk on Draft Day.

Think of it in terms of a player recovering from an injury. You hear his workouts are going well and his recovery time is on-schedule, but until you actually see what he looks like on the field, you’re going to have concerns, right? At full health, his place in the rankings is perfect, but how much are you going to downgrade because you’re not sure how far off full-health he is? You can’t simply rank based on worst-case scenario because you end up missing out if the player is fine, so you have to find the happy medium.

Bottom line, if you are concerned about Yankees and Mets missing time due to potential vaccination issues, then avoid them in your drafts. Maybe it works for you and maybe it doesn’t. But I won’t change up my rankings until I hear something more concrete.

Now let’s get to the action on the field. Yesterday was more about players and teams getting contracts signed to avoid arbitration, but there are still a few nuggets of information to share.

New York Mets starter Jacob deGrom took the mound yesterday for his second appearance this spring and…OH BABY!!! He looked good. He looked really good. DeGrom struck out the side in the top of the first inning, gave up a double to lead off the second and then closed out the inning with another two strikeouts. The double was hit pretty hard, though Eduardo Escobar could/should have had it. If you are looking at starting pitching early in your draft, yes, there’s always some risk with deGrom, but he is starting to look like he should be back up at No. 1 in the player rankings.

The young right-hander was scratched from his Grapefruit League start on Tuesday due to right shoulder discomfort, but managed to throw close to 20 pitches in a session today and reported no issues. The team says it is minor and expect him to throw live batting practice on Saturday, so there is still a chance he ends up on the Opening Day roster. His ADP puts him in the later rounds which is probably where he belongs at the moment, however, keep him on your radar as he could stick in the rotation at the onset of the season and provide close to 120 innings with about a strikeout per inning. Solid depth for a fantasy rotation.

Can Stephen Strasburg Give You 20-25 starts This Season?

Washington Nationals manager Dave Martinez seems to think so. Strasburg will open the 2022 MLB season on the injured list as he continues to recover from neurogenic thoracic outlet surgery. The team says it will continue to take its time, but based on the progress, they are actually hoping for late-April or early-May for his return. Strasburg’s MLB ADP of 270.8 indicates people are treating him as nothing more than a late-round flier which is exactly what you are looking for here. If healthy, Strasburg’s upside is fantastic. Even if he gives 15 starts and gets hurt again, the upside for strikeouts could be worth the grab at his current ADP. If you see him lingering after the 20th round, you may want to make a move.

Tune in to the Fantasy Alarm Show on SiriusXM Fantasy Sports Radio tonight at 7pm ET as Seattle Mariners President of Baseball Operations Jerry Dipoto joins Howard Bender and Jim Bowden for an inside look at what you can expect from Seattle during the 2022 MLB season.