Fantasy Baseball June 19 Round Up: Mike Trout Continues To Amaze 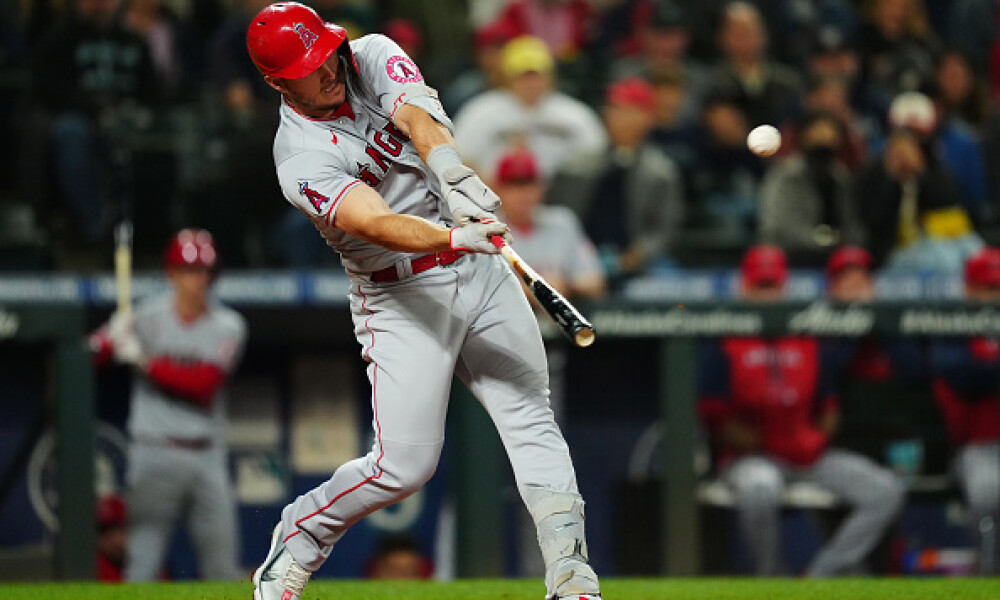 Happy Father’s Day to all of the fantasy baseball players across FA Nation! It’s already Sunday and before Week 10 of the major league baseball season ends, we need to go back and take a look at the top fantasy baseball news and headlines from Saturday which included the long-awaited debut of Riley Greene, a battle between the Contreras brothers, the continued dominance of the Yankees, Mike Trout (again), a big Dodger injury, and much more. Do not forget to check out our updated June Fantasy Baseball Rankings and MLB Starting Lineups before setting your fantasy baseball lineups plus the MLB Injury Report and fantasy baseball waiver wire. So let’s look back at the top performances and key injuries from Saturday and a quick look ahead at today’s MLB baseball action.

Mike Trout just continues to amaze baseball fans across the country with his offensive exploits. Yesterday was no different as he hit the game winning home run twice in the same day to help the Angels sweep the Mariners in a doubleheader in Seattle.

This was the first time that an Angel homered in both games of a twin bill since Albert Pujols in 2015. The three-time MVP now has 32 home runs in T-Mobile Park, the most by any opposing player, as he tries to lead the Angels back to a .500 record and a push towards a much better July than they had in June.

With their ninth straight win yesterday the Yankees are now 16-1 over their last 17 games and lead the AL East by 12 games over the second-place Blue Jays. They are an MLB best 49-16 and are only behind three teams in history through 65 games - 1912 Giants, 2001 Mariners, and 1939 Yankees.

This time the stars were pitcher Jameson Taillon, who struck out eight Blue Jays over 5.2 innings of shutout baseball, and Clay Holmes, who pitched 1.1 scoreless inning for his 29th consecutive scoreless outing and a new franchise record (previously held by Mariano Rivera).

Riley Greene, the top prospect in all of baseball, had a debut to remember. He went 2-for-3 with two walks to reach base four times against the Rangers. He had a hit in his first major league at bat and becomes the first MLB player to reach base safely four times in his debut since Cedric Mullins of the Orioles in 2018.

Saturday was a dream come true as it was the first time that Wilson and William Contreras have played in the same major league game together. The two hugged before Wilson, a two time All-Star singled in the first inning and then stole second base against his little brother.

Wilson singled in the next inning (three hits overall) while his 24-year-old brother had two hits for the Braves. Both brothers are amid All Star campaigns and very well could be teammates at next months All-Star Classic in Dodger Stadium.

Jon Berti is Bringing the Stolen Base Back in Style

The new Vince Coleman?  Jon Berti of the Marlins makes the most of every opportunity that he gets on the field, and it revolves around his speed. He stole second and third after leading off the game with a single and then stole his 18th base after leading off the ninth with another single.

Betts Heads to the 10-day IL

While the Dodgers originally thought that Mookie Betts was just dealing with a contusion it appears that it’s much more than that as he has been placed on the 10-Day Injury List. Further x-rays show a cracked rib for the Dodgers star after a collision with teammate Cody Bellinger in the outfield on June 15th. Betts is slashing .273/.349/.535 with an OPS of .884 and 17 HR/40 RBI on the season.

Astro Nation holding their breath and waiting for injury news on their star Yordan Alvarez. According to manager Dusty Baker the outfielder “suffered some kind of injury on his final swing” of Sunday’s loss to the White Sox. Any kind of loss of time will be a big blow for the Astros as Alvarez has been one of the hottest hitters on the planet with a .432 batting average, .324 ISO/.522wOBA and 6 HR/22 RBI over his last 20 games.

Who are your top Five Father/Son Combos in MLB History? Here are mine:

Top Overall Arm- Chris Bassitt (NYM) is coming off his best start of the season as he held the Brewers to just three hits in eight innings striking out eight. He is a much better pitcher at home in Citi Field and will be facing a Marlines team that is striking out 27% over the last week.

Top Value Arm- Alex Cobb (SFG) is back from a short stint on the IL (neck strain) and gets an elite matchup against the struggling Pirates offense. The Pirates are striking out 25.7% against right-handed pitching (2nd worst in the majors) while Cobb has a FI of 2.97 and a 28.9% strikeout rate over his last five starts.

Tampa Bay Rays - We have been picking on Jordan Lyles all season so why stop now. He has an ERA of 8.22 in June while giving up 45% hard contact. Anchor your stacks with the left-handed bats of Ji-Man Choi and Kevin Kiermaier plus sprinkle in Randy Arozarena, Yandy Díaz and Manuel Margot.

Cincinnati Reds - There should be plenty of Father’s Day fireworks at Great American Ball Park today as the Reds face a struggling Adrian Houser. The Brewers right-hander has been awful over his last five starts with a 5.61 ERA/1.56 WHIP and HR/9 rate of 2.29. Start your sticks with the left-handed power of Joey Votto and a red-hot Brandon Drury who has seven multi-hit games in June.

We may want to pick on Lyles in DFS but this is a low strikeout prop against a Tampa Bay Ray team that has the 4th highest strikeout rate against right-handed pitching in all of baseball at 25%. The Rays have a team SwStr% of 12.7 and Whr/Sw% of 27.35 which are some of the worst numbers on today’s slate. Lyles is coming off a seven-strikeout game against a potent Blue Jays offense and no reason to believe that he can’t do it again against the Rays offense today.