Fantasy Baseball June 13 Round Up: Monster Day for Matt Carpenter 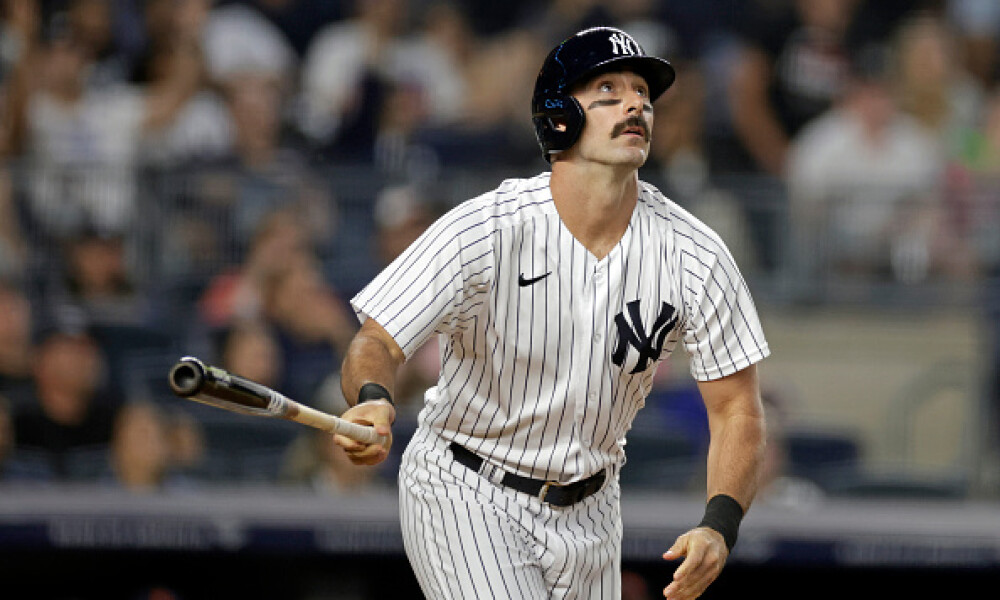 It’s Monday morning and we are already beginning Week 10 of the MLB baseball season. Before we look forward to what is ahead with your fantasy baseball teams we need to take a quick look back at the top fantasy baseball news and headlines from yesterday’s games which included another New York Yankees offensive explosion, big bat days from Matt Carpenter and Adam Duvall and a few players added to the injury list including Nathan Eovaldi and possibly Michael Kopech. Don’t forget to check out our updated June fantasy baseball player rankings before setting your lineups this week plus use our latest MLB injury report and fantasy baseball waiver wire top targets to get ahead in your fantasy baseball leagues. Before we start another week let’s take a look back at the top performances and key injuries from Sunday as well as a quick look-ahead at tonight’s slate.

Braves outfielder Adam Duvall homered twice as the Braves continued their longest winning streak since 2013. It was Duvall’s first multi-home run game of the season and the Braves 11th straight win. Duvall is now hitting .278 in the month of June with four home runs and eight RBIs after a slow start to the season where he was only hitting .190 at the start of the month.

NEXT IT’S Matt Carpenter's TURN FOR A DOUBLE BLAST DAY

Less than a month ago Matt Carpenter was out of baseball. Yesterday he hit his fifth and sixth home runs since joining the Yankees and helping them to their 11th win in their last 12 games.

The Red Sox are hot and had a happy flight home from the west coast. They ended the trip 8-2, the first time that Boston has won eight or more games on a road trip since 2017 and the first time it was done on a West-only swing since 1999. They have now won 9-of-11 and since May 18th are an MLB-best 18-7.

White Sox right-hander Michael Kopech only saw two batters in his start on Sunday before leaving the game with right knee discomfort. His outing lasted five pitches before he heard a pop and was relieved by Reynaldo López.

He will undergo further evaluation today, but early reports are the he may be able to pitch again next Sunday in Houston. Kopech is 2-2 on the season with a magnificent 1.92 ERA/.093 WHIP and any loss of time would be a brutal blow to the White Sox pitching staff.

Nathan Eovaldi TO THE 15-DAY IL

The Red Sox placed right-hander Nathan Eovaldi on the 15-day Injured List yesterday with low back inflammation. The ace righty is 4-2 with a 3.16 ERA in 12 starts this season. Kutter Crawford was recalled in a corresponding move and looked solid last night as he got the start by only allowing one hit, no earned runs and striking out seven Mariners.

Eovaldi is the second Red Sox pitcher in recent days to land on the IL as Garrett Whitlock was placed on the Injured List three days ago. As of right now the Red Sox rotation is Crawford, Michael Wacha, Rich Hill and Nick Pivetta.

Seiya Suzuki was hoping to return from the 10-day IL for this weekend’s series against the Yankees, but all did not go as planned. Reports are that he still has significant swelling in his left ring finger and will now not swing a bat for at least five days.

Suzuki injured his finger while sliding into second base on May 26th against the Reds and the Cubs have coincidentally lost six straight games. Suzuki is batting .245 with four home runs and 12 RBIs in his rookie season.

Three big aces take the hill tonight- Aaron Nola (PHI), Sandy Alcantara (TOR) and Alek Manoah (TOR) and one big prospect- Zack Thompson (STL) . Alcantara has been elite over his last three starts with a 33% strikeout rate to go along with a 64% groundball rate and 0.38 ERA/0.63 WHIP. He is facing Philadelphia who has been known to struggle against right-handed pitching.

Nola is coming off an electric start last Wednesday against Milwaukee when he threw 103 pitches and grabbed a quality start after striking out six and allowing only four hits and no earned runs. Manoah is the third big arm of the slate and now has five straight quality starts where he has posted a 1.87 ERA/1.04 WHIP over that span.

Thompson, a 2019 first-round pick, is the #9 prospect in the Cardinals organization and will be making his first career start tonight against the Pirates. He is striking out 30.1% of the batters faced in AAA-Memphis this season and will be a popular play tonight due to matchup and price.

The Blue Jays come into their game against the Orioles with the highest implied run total of the night (5.6 runs). They face rookie right-hander Kyle Bradish who has an ERA over six while allowing 2.39 HR/9. The Jays have 24 team home runs over the last two weeks and besides the Yankees, have been one of the hottest offenses in June.

The Astros smash left-handed pitching and tonight will be facing southpaw Taylor Hearn. They are coming off a nine-run game yesterday against the Marlins and have a slate-best team wOBA of .347; xwOBA of .342 and ISO of .215 against left-handers. The entire Astros lineup from top to bottom will be in play.