Fantasy Baseball August 26 Round Up: NL Triple Crown in View for Paul Goldschmidt? 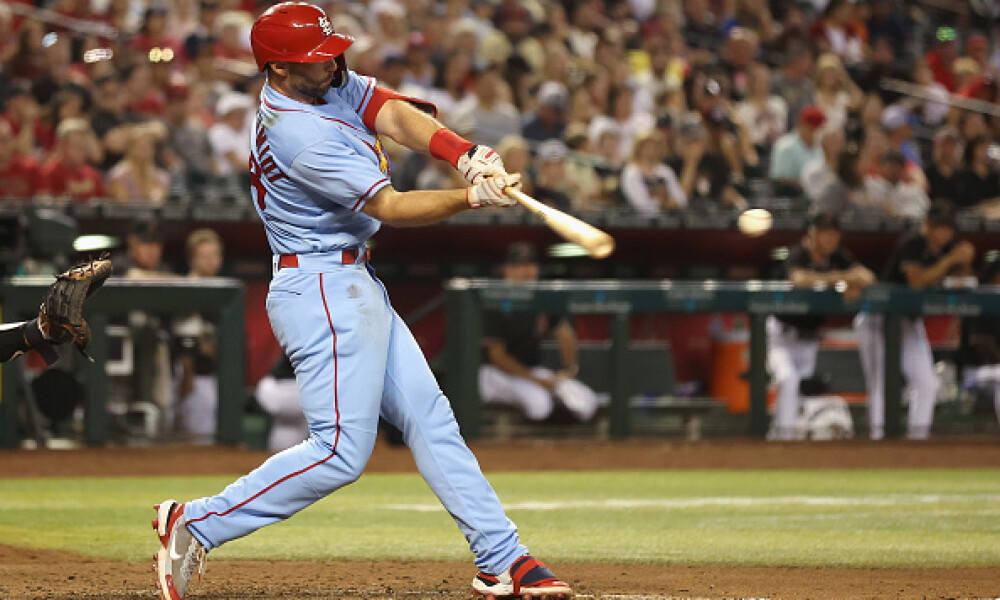 The second half of the major league baseball season is cruising right along as we enter the weekend of Week 20. Before taking a look ahead at your fantasy baseball lineups for tonight and the rest of the weekend, we first need to look back at the top MLB news and headlines from yesterday’s action. It was “getaway day” in MLB but we still had some highlights that included a huge hit by Orioles rookie Kyle Stowers, elite pitching from Jacob deGrom and Aaron Nola, a few key injuries and another big game from Paul Goldschmidt. Do not forget to check out our updated August fantasy baseball player rankings before setting your lineups this week plus the latest MLB injury report, fantasy baseball player spotlight series, and players trending up and down in the fantasy baseball stock watch. Before we start the weekend let’s take a look back at the top performances from yesterday.

A Dream Night for Stowers

It was down to the Orioles' final strike. Rookie Kyle Stowers ripped a two-out, two-strike hanging curveball from All-Star closer Liam Hendriks for his first career home run plus it was a game-tying homer and the O’s went on to an 11-inning, 4-3 victory over the White Sox.

The 404-foot drive tied the game at 3-3 and Stowers became the first Oriole to have his first major league home run tie a game in the ninth inning or later since Rich Coggins in 1973.

Last night, the Mets kicked off a 23-game stretch last night during which they will play 20 games against teams under .500. The usual suspects were at play in their 3-1 win over the Rockies — Jacob deGrom threw six strong innings with nine strikeouts and Pete Alonso hit his 31st home run of the season. They are now the third team to win 80 games and after a series with the Dodgers next week, they will play 16 straight against the Nationals, Pirates, Marlins and Cubs (all sub-.500 teams).

Paul Goldschmidt has a legitimate chance to become the first National League Triple Crown winner in 85 years. His .339 batting average is .13 points ahead of Freddie Freeman (.326) plus he also leads the league with 105 RBIs and after a two home run game yesterday and trails National League home run leader Kyle Schwarber by only two. The last NL Triple Crown winner was Joe Medwick of the Cardinals in 1937, 85 long years ago. Miguel Cabrera accomplished the feat in 2012 in the American League.

Check out this stat line from Aaron Nola and his performance against the Reds last night:

Big boy numbers right there as Nola became the only pitcher in the majors to throw a shutout in each of the last three seasons. The Phillies are now 70-55 and sit in the second NL Wild Card spot two and a half games up.

The Phillies received some good news and bad news. The good news is that reigning NL MVP Bryce Harper will make his return tonight, but the bad news is the Zack Wheeler was placed on the 15-day injured list Thursday due to right forearm tendinitis.

Harper, a two-time NL MVP was hitting .318 with 15 homers and 48 RBIs when a Blake Snell fastball broke his thumb on June 25th. He will slide into the third spot in the batting order surrounded by Kyle Schwarber, Rhys Hoskins, JT Realmuto and Nick Castellanos. Now that’s some firepower.

Wheeler’s 11 wins and 3.07 ERA lead the Phillies but he was coming off two tough games where he allowed 10 runs on 14 hits total in back-to-back losses to the division leading Mets.

Bailey Falter will be taking Wheeler’s spot in the rotation.

You don't have to look at the calendar.

If the Tampa Bay Rays are rolling – it must be August. Yesterday’s 8-3 win over the Angels was their sixth straight and 11th of their last 13 games. Both losses came in extra innings plus they have outscored their opponents by 40 runs in that stretch. It seems like every season, the Rays come into August struggling and then hit their way to the playoffs. Just two weeks ago, they were in fourth place in the AL East and a half-game behind the Orioles for the final AL Wild Card spot. They are now second in the division and are standing alone atop the Wild Card standings.

Corey Dickerson has always been a solid left-handed platoon hitter. He has taken that to a different level the last two days when he joined Freddie Freeman as the only MLB players this season with consecutive four-hit games on Tuesday and Wednesday. He then took the streak a little further with hits in his first two at bats yesterday giving him 10 hits in 10 straight at-bats, the longest streak by a Cardinals hitter in the expansion era (1961). Dickerson is the 13th player to accomplish the feat during the expansion era, and the first to do it since the Astros' Jose Altuve in 2018.

This is a big blow to the Yankees. Nestor Cortes has been placed on the 15-day IL with a groin injury. He has been arguably the Yankees’ best starter this season, posting a 2.68 ERA, 3.70 xFIP, 9.14 strikeouts per nine, (25.9% K rate), 83.3% left on base rate and 32.7% ground ball rate over 131 innings. The 131 innings is a career high for Cortes so some can look at this two-week break as a blessing in disguise and keep his arm fresh for a playoff run. Cortes had a 3.33 ERA in August, allowing just one run in his last start against Toronto. The 27-year-old lefty is expected to play a significant part in the playoffs, serving as the number option in the starting rotation behind Gerrit Cole and Frankie Montas.