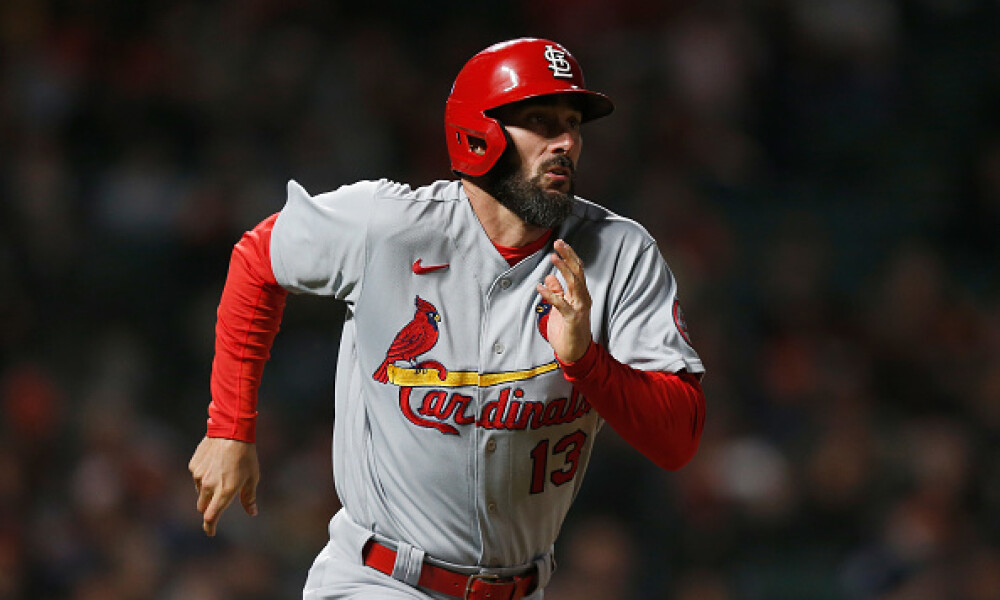 We have a slew of interleague contests this week, and with the trade deadline being near the end of this week, there could be some significant lineup shuffling towards the week’s end! Keep an eye on that, just to be safe! With all of these interleague contests, there are some fantasy relevant names that stand to gain/lose some at-bats, so let’s dive in and see who those guys are!

Trevor Story could get traded, which could shake up the lineup. If it were to happen during this series, Chris Owings would be the everyday shortstop for the Rockies. With the Rockies gaining a DH spot for this three-game series to open the week, Owings could get his at-bats by serving as the team’s DH. Los Angeles is expected to throw two southpaws, which locks Hampson into the lineup and likely Josh Fuentes. Brendan Rogers likely spends more time on the bench in this series than many would hope.

Josh Rojas going to the injured list likely allows Nick Ahmed even more regular time moving forward, so he gets added at-bats, and so should Josh VanMeter. The team could elect to let Christian Walker DH, Pavin Smith play first, and then the outfield spots come down to Kole Calhoun, Josh Reddick, Daulton Varsho (if not catching) and David Peralta, with the bookends of the quadruplet being more regular players. Or, if Walker plays first, the three outfield spots likely go to Peralta, Smith and Calhoun. Arizona has some flexibility here, but with two righties scheduled for Texas, it seems to be that Calhoun, Smith and Peralta lock down the outfield spots for the two-game set.

The Athletics make it pretty easy on us. If they are in a National League stadium, Mitch Moreland is their pinch-hitter, because Matt Olson is not coming out of the lineup. Jed Lowrie often plays second base, meaning Tony Kemp loses a potential spot to see his name on the lineup card. He can still move to the outfield, but he loses potential at-bats by not being able to play at second.

Baltimore is scheduled to have two righties on the bump, which pushes Lewis Brinson out of contention for a spot in the lineup. Jon Bert should get at-bats in both games, whether it comes at second base or in the outfield, unless they let Magneuris Sierra and his .234 average continue to hit. Regardless, Brinson is the biggest loser here.

The only guy on the Cardinals with multiple appearances as the team’s designated hitter is Paul Goldschmidt. He’ll likely do so in one of these games, and with two righties scheduled to pitch for Cleveland, you better believe Tyler O’Neill is going to be playing without a doubt. Matt Carpenter benefits the most, because he can play first or third base, allowing Goldschmidt or Nolan Arenado to DH.

Yordan Alvarez didn’t play in the outfield in the team’s only trip to a National League stadium this year, but sporadically, he’s popped up in the outfield, making eight starts there since June 26th. He may not start every game out there, but he’s worth leaving in your lineup, as one or two starts and a DH appearance is more than enough for Alvarez to make it worthwhile for your fantasy team. The left field starts are up for grabs between Alvarez and Michael Brantley.

Stanton has served as the team’s designated hitter in every game since June 15, but that won’t be the case when the team heads to Miami, his former stomping grounds. Or will it? Stanton has failed to make a start in the outfield this year. It would behoove the Yankees to get him in there, but he could be limited to pinch-hitting duties, especially if the Yankees make a splash for a hitter at the deadline. Stanton could lose some at-bats this weekend.

Brent Rooker has served as the team’s designated hitter the past two games and it will be interesting to see if Minnesota tries to get him in there while in St. Louis. My guess is no, considering Trevor Larnach and Max Kepler have the corner outfield spots locked down and center field is a platoon between Gilberto Celestino and Nick Gordon. With two righties on the mound for St. Louis, Gordon has the upper-hand on playing time in center field.