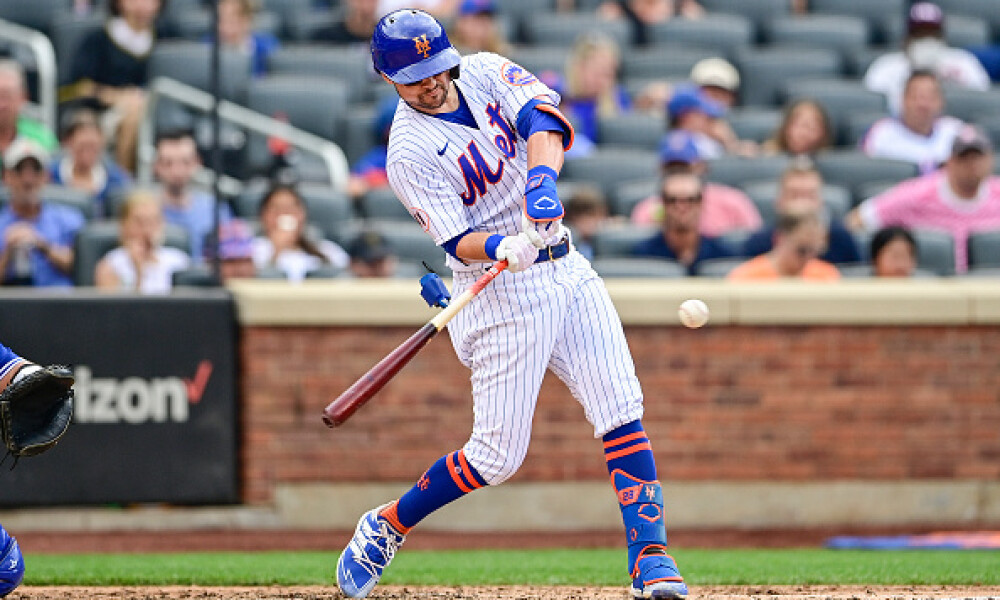 Third base has historically been a stacked position over the last few years in fantasy baseball. We enter the 2022 season with a much thinner group after you get past the first few players. So, if you don’t grab José Ramírez or Rafael Devers in the first two rounds, it may well be worth the wait, and try to find a diamond in the rough later in your drafts. Let’s take a look at some of the sleepers at third base that may get you over the hump:

The Reds moved Eugenio Suárez from shortstop to third base last spring to make room for rookie Jonathan India. He struggled out of the gate and never seemed to get it going offensively, especially with contact as he struck out at a rate of 29.8% and ended the season with a batting average of .198. On a positive note, Suarez’s power hasn’t disappeared as he hit 31 bombs last year with 79 RBIs and eight of those home runs coming after September 1st.

We cannot forget that Suarez suffered an offseason shoulder injury before the 2021 season that required surgery. He had a 38.1% strikeout rate in April with a 40 wRC+ and it took a while to regain his power stroke. The strikeouts are going to be there as he has gone over the 28% mark the last three years, but his walk rates and power numbers are still fine. If Suarez can get his BABIP up a bit (.224 in 2021), then a season batting .235 with 35 home runs is not out of the question and we have a player with late-round fantasy value.

Luis Arraez is that “niche” player that you always like to have on your roster. He has multi-position eligibility (2B, 3B, OF) and is one of the best contact hitters in the game. His 10% K rate is in the Top 1% (yes 1%) in all of MLB along with a .295 XBA (Top 10%). He had a .294 batting average and a .376 slugging percentage in the 2021 season so even if he doesn’t hit for power, he has versatility, and the hits will come one way or another. With that insane ability to make contact, Arraez will be a solid draft choice in Fantasy point and batting average formats and though he lacks power, he should score enough runs in a stronger Twins offense.

Abraham Toro picked up second base eligibility last season when he was traded from Houston to the Mariners and Kyle Seager was in his normal spot in the hot corner. Now Seager has retired, and Toro may be taking over third base allowing him to be drafted as a middle infielder who can back up both positions.

Toro has great bat control and doesn’t strike out. His strikeout rate was only 14.4% and hit a .834 OPS with runners in scoring position.  As a full-time player, he has 20/10 potential and due to above-average defense, he should find his way into the starting lineup. When Toro arrived in Seattle, he reached base in 18 straight games and during that span slashed .344/.440/.563 with five doubles and three home runs. He did come back to earth in September slashing only .183/.259/.250 over 28 games, so I would expect him to be somewhere in the middle of those two over a full season.