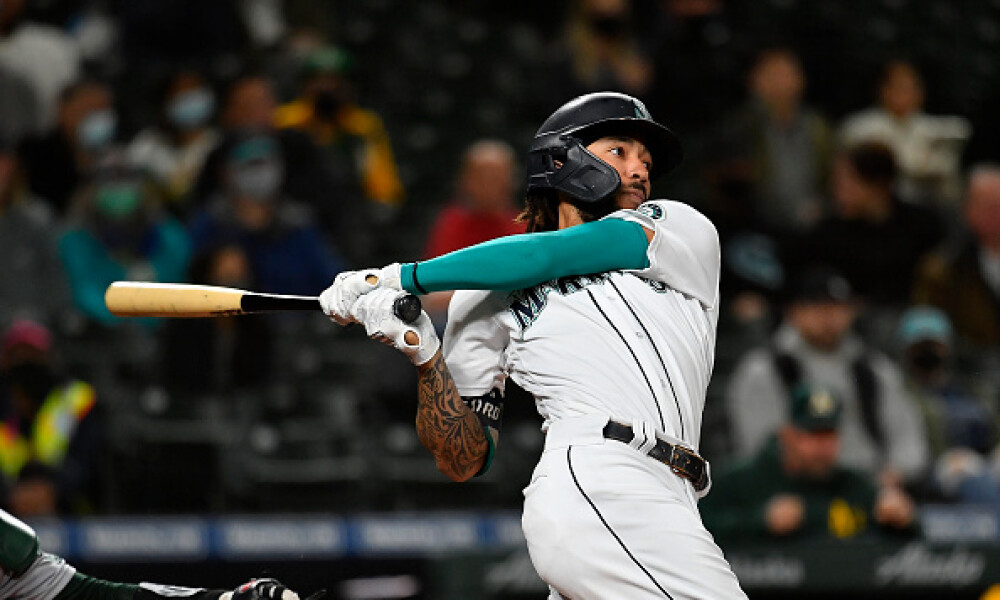 Opening Day of the 2022 MLB season is just a week away. That means this is the last installment of the Fantasy Baseball Shortstop report for the 2022 MLB Draft Guide. We have talked about sleepers, busts, breakouts, faces in new places, and much more to help you dominate those fantasy baseball drafts. Today, we end with our favorite late-round draft picks that could possibly change your season.

Gio Urshela came to the Twins in the Josh Donaldson trade and appears to be penciled into the Opening Day lineup. He's a buy-low player capable of making an impact in fantasy baseball this season. Urshela had a breakout 2019 season with the Yankees, slashing .314/.355/.534 with 21 home runs. However, he took a step back last year with a slash line of .267/.301/.419 and 14 homers. He also had a career-high 24.7-percent strikeout rate and saw his power numbers dwindle.

This is a new season with a new team and optimism. Urshela is locked in now at the less-taxing position of third base, yet he remains shortstop-eligible. Do not be surprised to see a .275 average with 20 home runs and 80 RBI at the end of the season for the Minnesota infielder.

Now the Mariners' leadoff hitter could be a sneaky source of runs later in the draft due to a strengthened offense. Seattle will now have Mitch Haniger, Jesse Winker, Ty France, and Eugenio Suárez hitting behind Crawford. He controlled the zone well last season with a chase rate in the 87th percentile and a K% in the 77th percentile – indicators that if things continue to go right with his swing, Crawford could be in for a breakout.

Jeremy Peña is a star in the waiting and, with Carlos Correa signing in Minnesota, his time may be now. The top prospect in the Astros' organization has the overall package. Pena has speed, having stolen 30 bases in the minors – including 17 in 66 games for Quad City in 2019. He can also hit well and for power, compiling a .291 batting average, .371 on-base, and .444 slugging percentage in three minor-league seasons.

This is still a lot to expect from a player that has yet to play a regular-season game in the majors and only 30+ games above Single-A. Pena is a risk but playing in a strong Houston offense is worth chasing this late in the draft – especially with his offensive pedigree.

Bryson Stott, the organization’s No. 1 prospect, is building his case to make Philadelphia’s Opening Day roster. He's batting .533 (8-for-15) with one double, one home run, three RBI, and five walks this spring. Stott is coming off a productive Arizona Fall League with a .318/.445/.489 slash line with seven doubles, a triple, two homers, 31 RBI, and five stolen bases. He also had 24 walks and just 14 strikeouts in 119 plate appearances.

Stott could open the season at shortstop and push Didi Gregorius, who is having a solid spring, to third base. What is more likely is that Gregorius starts the season at shortstop rather than third base, a position he only has played 10 innings at in the majors. Stott would then play third base (where he played earlier this week) with a struggling Alec Bohm as the odd man out. There are still a lot of questions to be answered here and Stott could still very well start the season in the minors. With an ADP of 425, though, this may be a risk worth taking that could make you look like a genius in August.