Fantasy Baseball Daily Round Up: July 7 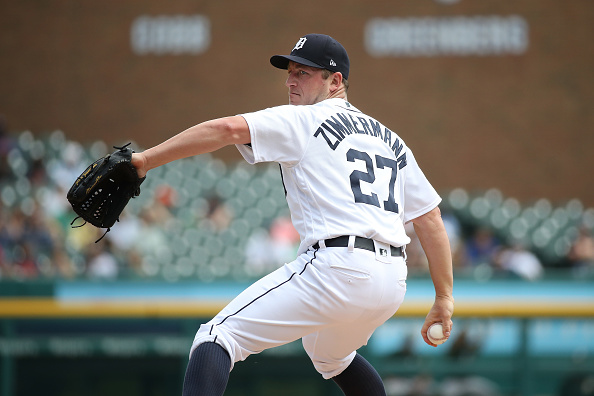 For the first time since signing a five-year, $110M free-agent deal with the Tigers back in November of 2015, Jordan Zimmermann is not only pitching well but perhaps even up to that contract. Friday night, the veteran righty turned in his first double-digit strikeout performance in over four years, as he limited the Rangers to only one run on four hits and no walks while punching out 11 across 8.0 stellar frames.

Zimmermann, now 4-0 on the year, has given up one run or less in five of his last six outings, and that is more impressive when considering that a six-week DL stint (shoulder) was sandwiched into that span. During those six starts, Zimmermann has put up a 1.22 ERA, 0.70 WHIP, and 34-to-5 K/BB ratio across 37.0 innings. Is he due for some regression? Well, almost certainly. However, a 3.04 FIP alongside his 3.51 ERA on the season is quite encouraging.

In a night that included a few milestones for the club, the Red Sox became the first team to reach 60 wins this year with Friday’s 10-5 victory over the Royals. Mookie Betts led off the game with his 100th career homer and, when the game came to an end, Chris Sale added his 100th win to his MLB resume.

With a career K/9 north of 10.0, it might seem somewhat surprising that, before Friday, Lance McCullers had never struck out more than 11 batters in a single game through 75 MLB starts. Start number 76 for the Astros saw McCullers not only hold the White Sox just one run on three hits and no walks across 7.0 innings but also rack up a new career-high 12 strikeouts.

Little has gone right for the Orioles here in 2018, but the recent efforts of Kevin Gausman have at least been encouraging. Over his last five outings, the 27-year-old righty has posted an excellent 2.78 ERA and 1.14 WHIP across 32.1 innings. Gausman will take the mound at Minnesota for the earliest start time (2:10 PM ET) on Saturday’s slate.

Zimmermann is not the only veteran hurler that has been giving the Tigers some solid innings of late, as Mike Fiers has allowed only two runs on eight hits and two walks with 10 strikeouts across 15.0 combined innings during his last two starts. To stretch it out even further, Fiers has worked to a strong 2.68 ERA, 1.10 WHIP and 7.4 K/9 over his last seven times on the bump. He will try to keep rolling Saturday against the Rangers.