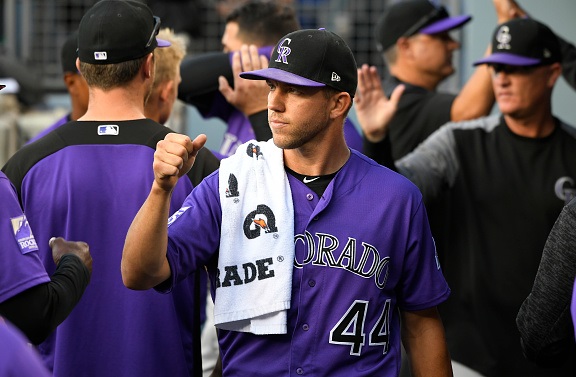 This week’s featured category is…. ERA!

It’s time to improve the staff’s ERA here at the “midpoint” of the season.

Shawn Kelley , WSH RP – Typically, in fantasy baseball we search for the relievers that can waltz into saves with an injury, or are completely dominant by racking up the strikeouts. Unfortunately, Kelley is neither of those things. According to Fangraphs, of Kelley’s 27.1 innings this season, only one inning has come in high leverage, while the majority (20.2 innings) have come in low leverage situations. His K/9 of 9.22 isn’t terrible, but when adding a reliever that is a distant thought for save chances, it’s not exactly the mark the fantasy community typically takes a chance on.

Could he work into a higher leverage role? Perhaps, but if it ain’t broke don’t fix it, am I right? Using data at Fangraphs, take a look at Kelley’s numbers by type of situation.

Injuries could play a part into Kelley getting a larger role in the bullpen, but if everyone stays healthy, it wouldn’t be a surprise to see Kelley working more in the low leverage and medium leverage situations, rather than sending him out there in a tie ball game in the bottom half of the eighth inning.

Tyler Anderson , COL SP – Just because he’s a starter for the Colorado Rockies doesn’t mean you have to avoid him like the plague! This guy has been flat out dealing over the past month. After posting a 5.28 ERA in the month of May, Anderson posted a respectable 3.52 ERA across 38.1 June innings, limiting the opposition to a meager .248 batting average against. This week’s edition of Category Impact was all about ERA right? Well, consider the following points:

The majority of the southpaw’s peripherals are similar to years past so maybe he’s just getting lucky and in a really good groove at the moment. His FIP is about a half point higher than his ERA, so while there may be some regression moving forward, he can be a sub-4.00 ERA for the season. So far this season, his ERA at home is 4.05, while his road mark of 3.48 is much better, as expected. He’s owned in 47 percent of ESPN fantasy leagues, so if you want a piece of the pie, you need to act before it’s too late.

Yusmeiro Petit , RP OAK – June wasn’t the best of months for the 33-year-old right-hander, as he failed to convert a save attempt and posted an ERA just south of 5.00. However, the month of July has treated him much better to date, as he’s allowed just two earned runs across 7.1 innings, resulting in a 2.45 ERA and a .167 batting average against.  The veteran right-hander is hardly an asset in terms of strikeouts, but he has maintained a quality ERA since the beginning of last season. The good news is that last year was arguably his best statistical season, and this year, his walks are slightly down and ground balls are up, despite a large dip in his strikeout rate.

It would be great if Petit could limit the hard contact he’s allowed this season, and start inducing more soft contact. At his current rate, his 11.3 percent soft contact rate (via Fangraphs) would be the second-lowest mark of his career, only worse than his cup of tea in the bigs his rookie season as a member of the Marlins.

He likely won’t stick on your team for the whole season, but if you need a boost before the break or need to pass some time until an ace comes back, Petit is an adequate option. At the time of writing, he’s owned in less than one percent of ESPN fantasy baseball leagues. 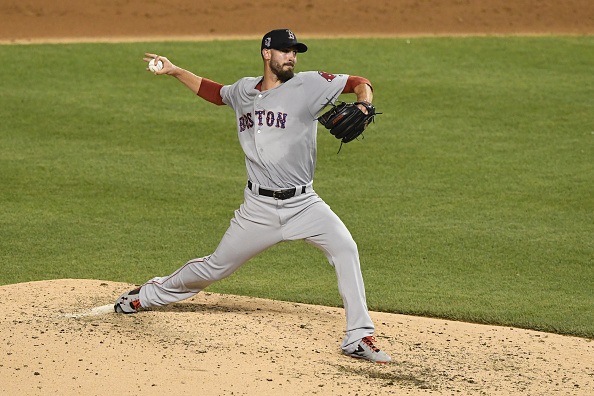 Matt Barnes , BOS RP – Don’t look now, but Barnes is flat out dealing at the moment. He hasn’t allowed a run since June 15, racking up three wins and three holds during that span. Furthermore, since allowing two earned runs against the Mariners in mid-June, Barnes has fired nine shutout innings, allowing just two hits, two walks, and racking up an impressive 16 strikeouts. The strikeouts are there, he has an ERA of just 2.27 ERA on the season and his 1.01 WHIP is nothing to scoff at either.

The launch angle against Barnes this season is just 3.5 degrees, which is exceptional. He lives off his fastball and curveball, which have resulted in 55 of his 57 strikeouts. Furthermore, the opposition is hitting just .160 off his heater, and an even worse .115 batting average against his curveball. Batters are chasing him out of the zone and he does a good job at stranding inherited runners. At the end of the day, Barnes will help your team ERA, but the potential to contribute in multiple categories is well in the realm of possibility.