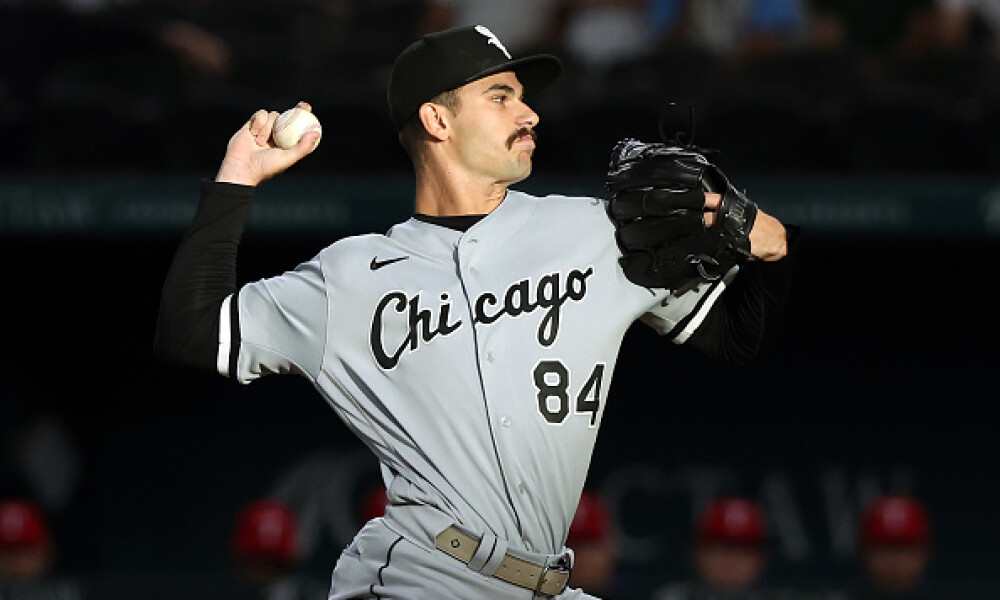 We've hit the weekend and the dog days of summer here during the MLB season and as this fantasy baseball week comes to a close let's take a look back at some of the top performances from Friday's MLB slate that you need to know about which includes another masterful performance from White Sox starter Dylan Cease. Do not forget to check out our updated August fantasy baseball player rankings before setting your lineups this week plus the latest MLB injury report, fantasy baseball player spotlight series, and players trending up and down in the fantasy baseball stock watch.

White Sox starting pitcher Dylan Cease took the mound last night against the Texas Rangers and allowed just one run on two hits over six innings while striking out five. While that start may look rather pedestrian it actually has some historical significance as it marked the 13th straight start in which Cease has allowed no more than one run in an appearance. During this 13-game stretch Cease has a 0.59 ERA with 95 strikeouts.

Hard not to cheer for a guy like Mancini who finds himself now playing for a contender and thriving following the trade deadline deal which sent him to Houston. In four games with the Astros we've seen him start two and in those two starts Mancini has three home runs and seven RBI while going 3-for-9 at the dish. He homered twice on Friday night with the Astros playing in Cleveland and should be a mainstay in this Astros lineup down the stretch. There is no question that the ballpark changes in Baltimore this season impacted Mancini's production and his new home plus improved lineup should makes him a great fantasy play moving forward.

No pitcher in baseball has allowed more home runs this season than Nationals starter Josiah Gray and that continued on Friday night as he allowed four home runs, three of them in the first inning. Gray has been an interesting prospect and was one of the key pieces that were sent over from the Dodgers last season. He's flashed tremendous strikeout potential but the home run ball is going to be something he needs to fix if he will ever be a consistent fantasy option.

McClanahan is a premier strikeout pitcher with a K/9 of 11.7 this season. He has gone over this mark in all but three of his starts this year and while the Tigers are a better hitting team against left-handed pitching, this is just a matchup where their bats are going to get overpowered. The only thing that could work against us here is the early hook on McClanahan which got us a few starts ago when he was taken out after just 81 pitches.

Smyly hasn't been the biggest strikeout pitcher, generally capping out at four strikeouts per outing but today he faces a Marlins team that has the highest strikeout rate in baseball against left-handed pitching this season at 28%. Given that bump this is a number that I think Smyly can hit today if he just pitches to his usual level of production.