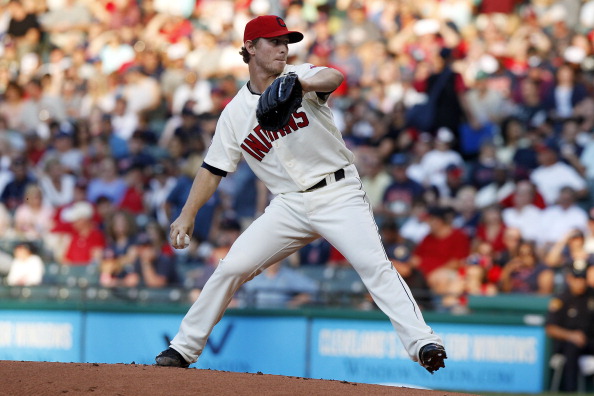 The streaming options for the end of Week 7 are deep, relatively speaking, for Friday and Saturday. I do like some of the options for the sandwich days Thursday and Friday, but to full grasp what I am talking about, how's about we scroll down a bit?

Bedard has been wild, but effective lately. A 17:14 K/BB ratio doesn't bode well for long term success, but he has two consecutive wins to his credit and while he is going well, you can use him if you need the start.

Hughes was prolly dropped when his first three starts went south, but he has won the four starts since his loss on April 15th to Toronto at home, and while he is not striking out tons of batters (he was much more of whiff king in his early appearances), he is limiting walks in his past four QS. Pitching at home on Thursday is much better than facing the Red Sox in Fenway, but beware of the wheels coming off his cart at any point.

Guthrie pitched an 8 inning gem against the Padres that resulted in no decision for his efforts. He now has a decent 3.91 ERA which is moving in the correct direction, and he does get the Orioles at home instead of in Camden Yards, so that is a positive.

Hernandez was pressed into relief service on Sunday, but is currently still expected to make his scheduled start at home on Friday. He has only given up one earned run over the past 12.1 innings he's tossed, although he has handed out three walks in each of the two starts. His strikeout numbers are pedestrian, but you have to like his stinginess with the runs.

Phelps took a step back on Sunday, allowing 4 earned runs to the Brewers after holding the Angels to just one earned run in his first appearance in the Yankee rotation. Pittsburgh is not having a great season, but you may want to exercise caution with Phelps, as his results as a starter have been roller coaster like, albeit in a small sample size. He was very effective in relief, so there is hope that Sunday's results are merely an aberration.

I keep wondering if Young's performance is for real, but after going eight innings and allowing just one earned run with 3 hits and no walks on Saturday, I have to say he is in a groove right now. Granted he was facing the Royals, but good pitching is good pitching no matter the opponent. Not too much in the way of Ks, but keeping runners off the bases will lead to success overall.

Cosart has been working on reducing his bloated ERA, and holding the Orioles to two earned runs in Baltimore was another step in the right direction. He has now tossed 4 consecutive QS, and facing the White Sox at home is not a scary proposition.

Kendrick is not a superb option, and didn't look sharp on Saturday against the Mets, but he does provide a better than average shot at a QS, if not a win. Strikeouts will not be plentiful, but if you need some low scoring innings, he is useful.

Lyons looked good in his first start at Turner Field last week, throwing a four hit one earned run QS over six innings with only one free pass allowed and seven Ks against the Braves. I generally like all St. Louis starting pitchers, and with him facing the light hitting Braves, he is a nice option this weekend.

Morton seems to have rediscovered his success from last season in his last three starts, all QS at that. He deserved a win in his last appearance, giving up just one unearned run over eight innings. Not the best matchup in New York on Friday, but if his curve is biting, he could reward you with another gem.

Ramos has struck out 12 in his past 11.1 innings, and while he has nothing to show for his performance in his past three appearances in the win column, he is hurling the ball with efficiency. In both relief and as a starter, he has posted a 2.96 ERA over 27.1 innings, and thus is a serviceable streaming option for your team.

Since rejoining the Indian rotation, Tomlin has limited opposing teams to only three earned runs over 12.2 innings, and has a 10:3 K/BB ratio, all very tasty stats that you can scoop up off the wire to improve your rotation. I would pick him up for the long term, not just as a one start streaming option if I had room on my roster.

Arroyo has now posted three consecutive QS after a slow start to the season, with a 12:4 K/BB ratio over those appearances. It is good that he is limiting the walks because he allows too many hits to be considered a shut down starter. He does tend to pitch in streaks, and so long as this streak continues, he is a decent option. Just be careful of him shifting back to an unusable option.

Nicasio has not allowed more than two earned runs in his last three starts, but he has also been occasionally prone to wildness and owns a 3:7 K/BB ratio in May. It would be nicer if he could face the Padres on the road, but he has actually been better at home than on the road this season. I also like the Rockies more than San Diego for a possible win.

Vogelsong has been burning it up his past three starts, allowing only two earned runs in three QS over 20.1 innings. He also has racked up 14 Ks over that period, but the 12 hits and eight walks prolly have something to do with the lone win he has accrued in that time, too. Still, if he has rediscovered his personal fountain of youth, then he is a fine option to roster for the short term.

Remember, all these pitchers are owned in less than 50% of leagues, and therefore should be available for many of you to pick up. You need to act quickly, though, to get the best options.