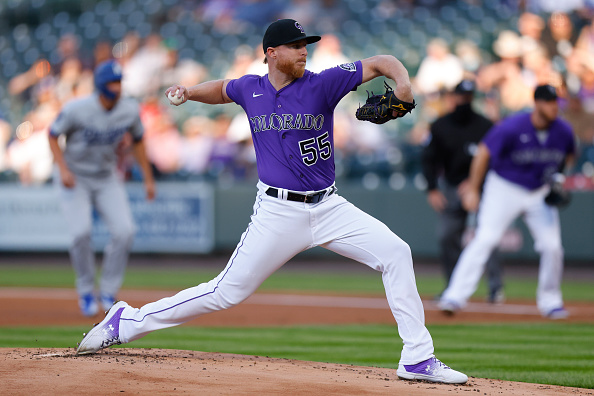 We did a real nice job of scoping out the value hitters on yesterday’s slate as Nick Solak , Myles Straw and the incomparable Akil Baddoo all delivered and offered at least a 3x return on their salaries. Unfortunately, the pitchers failed and I guess now we know why an ace like Luis Castillo appeared to be so grossly underpriced. Yeesh! He wasn’t as bad as Max Fried was, but that’s still not good. We’ll turn it around with the pitching today and continue our assault on value bats too!

Taylor Trammell , OF SEA ($3,200 DK/$2,800 FD) – It’s been a cold first two games of this series against the Orioles for Trammell, but he’s in a good spot for this game, if it plays. Double-check the weather as there may be some rain. If not, he’s hitting right-handed pitching real well this season -- .931 OPS, .397 wOBA – and should be able to return solid value tonight.

Ender Inciarte , OF ATL ($2,400 DK/$2,000 FD) – It’s all about opportunity and with Cristian Pache now on the 10-day IL, Inciarte returns to a starting job in the outfield. The veteran can be streaky, but that’s been about playing time these last two seasons. With a full-time role right now, he could go on a nice tear and try to push back for his job even when Pache comes back. The lefty does a good job against right-handed pitching and Nick Neidert is still learning the ropes.

Charlie Morton , SP ATL ($7,600) – It’s a decent mid-tier price for Morton and allows you to go either way for your second starter. You can try and pay up go for big strikeouts or you can pay down and go for bigger bats. But Morton will give you decent numbers across the board and should land the win against Miami today. He’s a stabilizing force for your lineup with tremendous upside to do more.

Wilson Ramos , C DET ($3,400) – If you’re not going to pay up for J.T. Realmuto, then pay down to Ramos and don’t bother looking in between. Ramos has been on fire lately and DK hasn’t bumped his price up accordingly. We’re not chasing the two-homer game from yesterday; we’re looking at a guy who has hit safely in five-straight and in seven of his last eight with six home runs and seven RBI and is batting third in the lineup.

Jon Gray , SP COL ($8,000) – Gray allowed just two earned runs with 12 strikeouts over 11.2 innings in his first two starts and both were at home in Coors. In fact, his first start came against the Dodgers and he punched out seven in five innings. He’s showcasing himself here in a contract year and with the ballpark dimensions on his side tonight, he’ll attack the hitters and pound the strike zone heavily.

Marcell Ozuna , OF ATL ($2,800) – What we’re always trying to do is identify the hot streak before it really happens. That way we get the offensive stats we want at a crazy discounted price. Ozuna is not going to remain under $3K on FD for very long as this looks like the start of his impending breakout. He enjoyed a three-hit game yesterday and hit his first home run, all coming off a run of three hits in four games. He’s getting his timing right and you should be able to enjoy earlier than most.