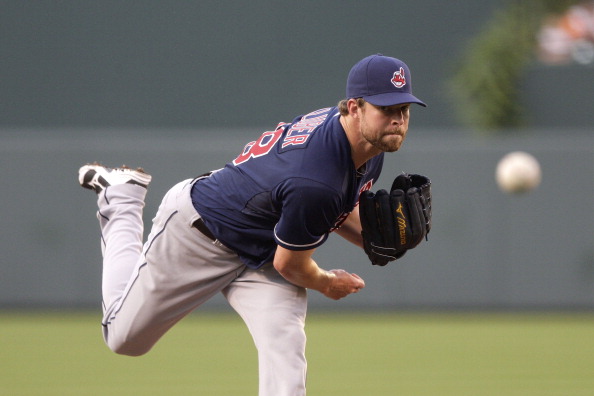 This week the options are spread out pretty much evenly through the three tiers of two-start pitchers, with some notable names falling down to bottom shelf where you take a serious risk of damaging your fantasy team's pitching performance. Of course, you may disagree with my assessments, and thus are free to gamble on some bounce back performances from a few big name SPs that have hit upon recent hard times.

The top tier is not huge, but all these pitchers should be used in both their starts. Do not worry about the opponent or the park, these SPs provide your best bet this week for a couple of good pitching performances. I considered dropping Miller to the middle tier, but his season long performance keeps him up top. No real reason to doubt any of the other seven starters, just wind them up and let them go throw.

The middle tier is not huge this week, and thus I will only break it down into a couple of sub-tiers. The first opens with Lackey and ends with Baltimore's Gonzalez. Lackey has been much better at home

than on the road this season, but he has been exhibiting great control and keeping the ball inside the park for the most part, so despite the first start at Coors, he is still the best of the pitchers that occupy the middle tier. Santiago is probably due for a bit of regression at some point, but the two starts this week project well for him, pitching in a good park on the road to open the week in Tampa, then facing the reeling A's to wrap things up on Sunday. DeSclafani is a pitcher you want to use when he takes the mound at home, but fortunately for him, his road start is at Wrigley, a very pitcher favorable park this season. McCullers control has been much more effective as an Astro than he had shown in the minors, so be prepared for the free passes to take a jump. Still, so long as his charmed situation continues and he keeps racking up the Ks, he is worth using, especially against the free swinging Mariners and light hitting White Sox. The Diamonbacks' De La Rosa has been collecting more Ks, which helps offset his tendency to serve up homers. Being on the road should help a bit, although he did allow two round trips in his earlier outing at Dodger Stadium this season, so keep that in mind. Bolsinger gets to face De La Rosa early in the week, and while he has been stumbling a bit recently, any pitcher can struggle at Coors Field. Look for him to bounce back. Gonzalez is also looking to recover after a less than stellar result against Houston with a pair of home games. He has been very good at Camden Yards, so this is a good week to insert him in your rotation.

The bottom sub-tier begins with a couple of SPs suffering from expected regression, Burnett and Martinez. Both of these pitchers were simply pitching over their heads, and you had to expect some return to reality to take place. I would give the edge to Burnett in terms of opponents, but both have a good chance to provide nice results. Foltynewicz and Karns are good sources of Ks who struggle with control. On venue issues alone, I like Karns two home starts better than Foltynewicz home and away situation, but I also would use either or both if I was looking for strikeouts. Haren came within one out of tossing his fourth consecutive QS, but he has been remarkably effective overall this season. He does have to head to Toronto to face the Jays' powerful offense, but at least he gets the Rockies at his home park in his second outing in Week 10. The second De La Rosa in this tier has not been much of a fantasy option, except with regard to strikeouts. His control has been suspect and his scheduled start of Sunday has been pushed back to Tuesday, making him a two-start option in Week 10. He should be rested when he faces the Cards and he has looked better in his past three outings, although the walks continue to be a concern. Leake wraps the middle tier up, and is a decent option if he faces a weaker offense, such as Philadelphia in his first start in the scoring period. I do like him in his second start, though, as he has been a road warrior this season and Wrigley is playing like a pitchers' park this season so far.

The bottom tier consists of pitchers I just am not willing to trust for two starts, or for that matter, even one start in certain cases. Hand, Estrada and Vargas all have at least one bad match up on the road in

Week 10, and Vargas fares the worst with his two starts, as he faces teams that put a hurt on a pitcher easily enough. Walker is coming off a pair of good starts, but his season is a representation of inconsistency, so I am not trusting him enough to succeed on the road in two starts. Heston has been generous with the runs lately, and that concerns me enough to avoid him this scoring period. Hughes, Nelson and Kennedy likewise need to show me some reliability to want to run them out there for two starts. Hughes' home run numbers especially have me worried. Of course, two good starts from any of these pitchers will likely move them up a tier the next time they get two starts in a scoring period.