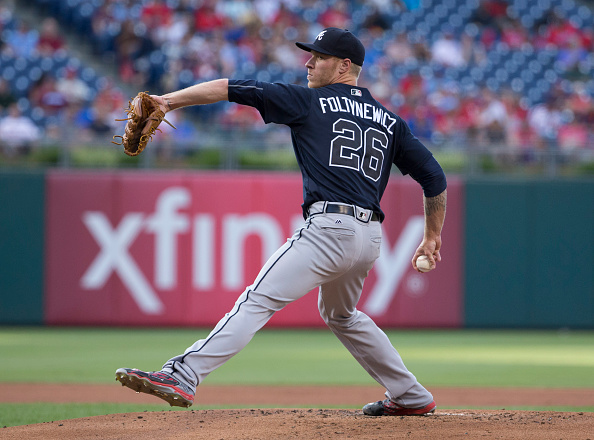 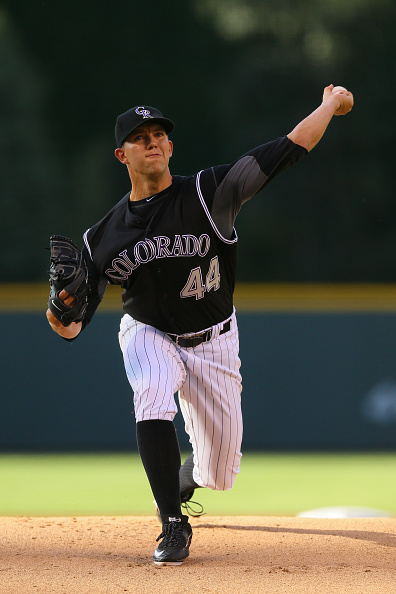 Back to action after the All-Star break and there are plenty of streaming options to consider in Week 16. I like a handful of pitchers for two starts this scoring period, as you can read for yourself below. Please understand that some rotations are still in flux for the upcoming week, but none of those profiled below are facing the nameless "To Be Announced" mound opponent.

Realize that these pitchers are all owned in 50 percent or less of leagues. and thus may be available in your league on the waiver wire. I am only going to highlight those pitchers that I believe can provide a boost to your rotation, so no bottom-of-the-barrel SPs will be brought to your attention. Also, please understand that this set of pitchers is being assembled early before the next scoring period commences (in most leagues, at least) , and weather, injury, demotions or crazy managerial decisions can interfere with our well-laid plans, so be ready to adjust if you can make daily lineup adjustments.

Anderson has been looking good, even at Coors Field. This is a fine matchup, as the Rays are not a powerful offense, and Smyly has been disappointing his owners for months now. Anderson is a good source of Ks, and has shown elite control in his short MLB career (8.07 K/9, 1.51 BB/9 over 35.2 innings).

Graveman has become a useful SP once again, and is working on a stretch of four QS over his past five starts. He is not much of a source of strikeouts, and his control can be dicey at times, but he survives by inducing a ton of groundballs (2.21 GB/FB ratio in 2016). He pitches well at home, so this matchup is one to take advantage of in Week 16.

Tropeano does not have the same sort of positive matchup as either Anderson or Graveman, but he has gone 11 innings since coming off the DL and has limited opponents to just three earned runs over those two starts. He strikes out nearly a batter per inning, but his control is spotty at best, and he has been victimized by the long ball this season (1.49 HR/9). He would be my third option on Monday.

Manaea’s last start was against the Astros, and he held them to just five hits over seven shutout innings, and managed to rack up six Ks. He now gets to face Houston at his home park, where he has been much more productive this season. He has been pushing his ERA and WHIP in the right direction, and if he can find some consistency, he will justify his top prospect status.

Jenkins gets another start, but I expect that he will ultimately shuffle off to the bullpen for the Braves. So, take advantage of this opportunity to start him against a struggling offense. He is an extreme groundball pitcher, which is good since his strikeout rate is well below league average, and his control is nothing to brag about. Atlanta starting pitching continues to perform well, however, and with this matchup, he is a streaming option. 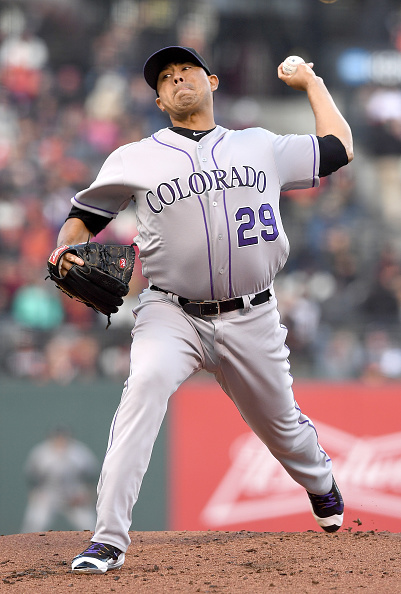 De La Rosa continues to reduce his ERA, which is still an ugly 5.50, but is far better than the bloated 11.41 he featured in late May. He is a good source of Ks with a 7.86 K/9 rate over his 68.2 innings this season. He also generates a good share of grounders from opposing batters, and has gotten his earlier long ball issues under control, only allowing one homer in his last four starts. He has also been a better starting pitcher at home this season, so the matchup favors him on Wednesday.

Gonzalez has hurled three consecutive quality starts, although he has only a 1-2 record to show for those efforts. He has now reduced his ERA to 4.40, and is effective at keeping the ball in the park. He is not a great source of strikeouts, but he does occasionally rack up some useful K numbers. He is pitching better on the road, so this matchup is favorable.

I would prefer to use Foltynewicz at home, but he is coming off two straight QS, and the last one was against the Rockies. He has good control and generates a fair amount of swings and misses (2.09 BB/9, 8.04 K/9 over 56 innings), despite having a putrid offense backing him. His 1.8 HR/9 rate is awful, but he also sports a 3.70 ERA and 1.18 WHIP.

Eflin is working on a stretch of five consecutive QS, and was one out short of making that run six quality starts. He is showing excellent control, but do not rely on him for strikeouts, with just an 20:8 K/BB ratio over his 41.1 innings after Sunday’s loss to the Mets. The Pirates have not been a consistently productive offense this season, so of all the matchups on Friday, this is the most favorable.

You can look above at Monday’s entry to see what I wrote about Anderson and Graveman in general. Anderson gets to face a bad offense when Atlanta visits Coors Field, although I do like the opposing pitcher Matt Wisler as a two-start option this week, just not so much a streaming option on the road. Graveman gets to take on another weak offensive attack when Tampa Bay heads to Oakland, and I have already expressed my lack of faith in Smyly this season.

Montgomery is a short-term spot starter, and will head back to the bullpen once Felix Hernandez and Taijuan Walker are healthy. For now, however, he is a decent streaming option, coming off a strong start before the All-Star break where he held the Royals to one earned run and five hits over 6.1 innings. He is an average strikeout pitcher who generates a bunch of grounders from the opposition (3.10 GB/FB ratio). Keeping the ball on the ground will be essential to have success at Rogers Centre in this game. 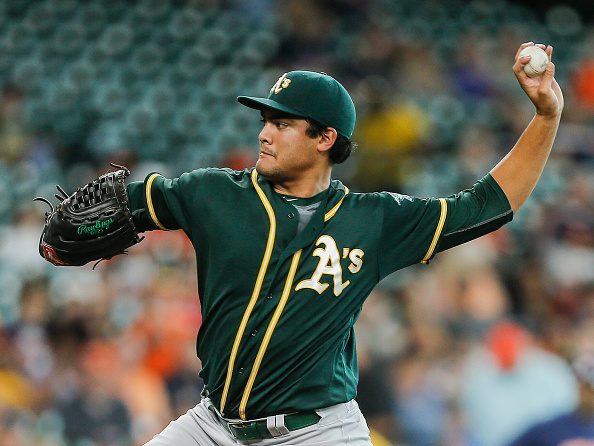 Both Tropeano and Manaea were discussed up top, Tropeano in Monday’s entry, and Manaea in the Tuesday writeup. I like Tropeano to rack up some Ks when facing the Astros on Sunday, although the other cautions about his control and tendency to allow hitters to take him deep still apply. Manaea getting to face the Rays at home looks slightly better to me, based on the venue and the opponent

Another pitcher to consider: Wade LeBlanc SEA @ TOR Aaron Sanchez I do not like him heading to Rogers Centre to try and limit a productive Toronto offense, and he may be out of the rotation by the time this contest rolls around. LeBlanc has looked good in limited action since joining the Mariners, though, and if he is starting this game and you need one more start, consider employing his services with some reservations.