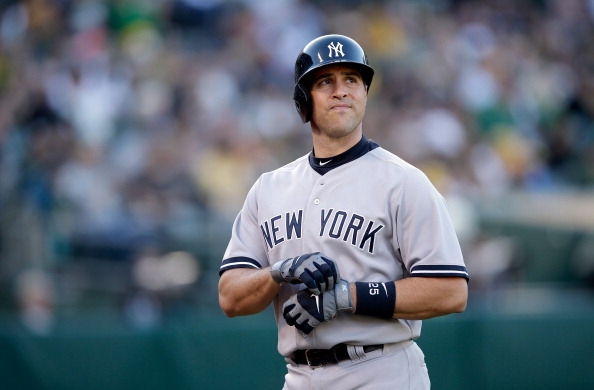 Summer has unofficially begun now that Memorial Day is in the rearview mirror.  Week 9 of the fantasy baseball season is upon us and as usual there is a lot of information to report on several impact players.  As if it hasn’t been a painful enough season, several more blows were dealt to fantasy GM’s as the injuries continue to pile up in this edition of the walking wounded.

Yankees first baseman Mark Teixeira was kept out of the lineup on Monday when his surgically-repaired right wrist stiffened up on him.  This is frightening news for fantasy GM's who have been reaping the benefits of drafting him so late and getting great production across the board from Teixeira.  Right now he is considered day to day, but you can expect the Yankees will run some tests and see if there is any structural damage to his fragile wrist.  Keep Teixeira out of your daily lineups for now.

Hanley Ramirez missed his 4th straight game on Monday due to a calf injury.  Although he hasn;t been placed on the disabled list yet, it appears that is coming after he was sent for an MRI and comments made by manager Don Mattingly did not seem encouraging.  Losing Ramirez for an extended period of time would be a big loss for fantasy GM's who have been spoiled by his offensive production at such a premium position.  Stash him on your bench for now and be prepared to save a DL spot for him if it comes to that.

Here we go again...another talented young pitcher who is experiencing elbow pain.  Royals rookie pitcher Yordano Ventura was removed from Monday's game with elbow discomfort which is never a good sign.  It is premature to speculate what the injury is or its severity, but fantasy GM's should be concerned.  He is scheduled to have an MRI on Tuesday so keep following his prognosos.  With a loss in velocity on his fastball and struggles over his past few starts, you can at least expect a stint on the disabled list even if the MRI comes back clean.

The idea was to keep Carlos Santana away from behind the plate so he stayed healthy and his bat was in the lineup every day.  Sure enough, he is catching and got struck on his mask last Sunday.  He then missed Monday's game with an illness, but we don;t know whether it can be considerd a concussion.  The Indians will likely put him through concussion tests to make sure.  Irrespective of this development, it doesn't change the fact that Santana has been a huge disappointment from a fantasy perspective batting well under the Mendoza Line and not hitting for much power or driving in runs.  Perhaps learning third base and playing the field every day is taking its toll on his offense.

Third base was already relatively shallow in terms of quality talent in fantasy baseball.  Now you can take one of the most productive third baseman in the league out of the lineup for several weeks as Nolan Arenado is sidelined with a fractured middle finger.  Talking about getting the proverbial bird flipped at you, Arenado has been tremendous thus far hitting for both average and driving in runs.  I lost on a couple bids for replacements for him in one of my leagues, so sadly I am better off with Arenado's zeroes as opposed to crappy statistics from a random scrub.

It is thumbs down right now for Josh Hamilton's return to the Angels.  He missed several games during his rehab due to a bone bruise in his surgically repaired left thumb as a result of jamming his thumb when he was struck by a pitch.  Fantasy GM's had been expecting or hoping to have him back this week, but that is now up in the air.  This additional damage to Hamilton's thumb cannot be considered anything but cause for concern because it could impact his ability to swing a bat for the rest of the season.  If you have stashed him away this long, just keep him on your bench or DL.

If anyone needed a break, it would be Mike Napoli.  He has been suffering from a dislocated finger, hamstring issues, and an illness on top of that.  The Red Sox finally placed him on the DL to allow him time to recover from these various ailments.  Stash Napoli on your DL because he should be able to return when eligible.

Once again, the Flyin' Hawaiian has been placed on the disabled list with an injury to his right hamstring.  The initial reporrs indicate that this is not a serious injury and Victorino should not miss much more than the requisite two weeks.  But there has to be concern about him now at an advanced age and suffering multiple injuries to the same hamstring.  Even when he does come back, it is unlikely we will see stolen base totals comparable to what we used to expect from Victorino.   You should stash him if you can, but if you are in a pinch with limited bench or DL spots then he could be a candidate to cut in shallow leagues.