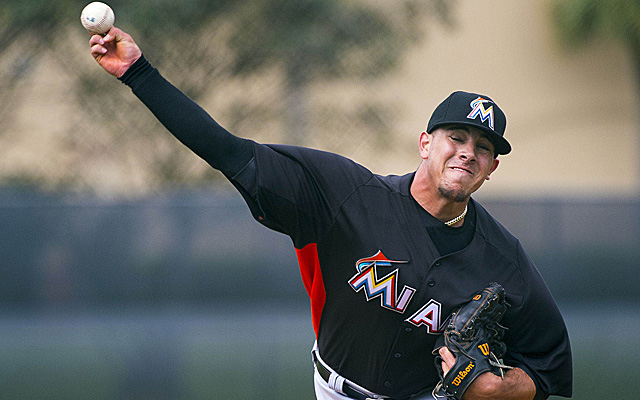 After a brief hiatus, the fantasy baseball injury report is back.  I had to place myself on the seven-day disabled list, but after undergoing a battery of tests I have been given clearance to return to posting the latest information on the walking wounded.  It was an eventful weekend with more impact players being shut down.

It was devastating news for baseball fans and fantasy GM’s when Jose Fernandez was shut down with an elbow injury which required surgery.  Fernandez underwent successful surgery last Friday and is expected to miss 12-18 months.  The timing of his surgery and the length of the recovery time puts his status for 2015 in jeopardy.  Fernandez was on his way to a Cy Young-caliber season when he sustained a torn UCL.  It is being theorized that his elbow injury was a result of many previous factors including being hit by a line drive and then overcompensating his delivery which caused a hamstring issue.  Irrespective of the causation, the result remains the same.  Fernandez still has value in keeper leagues, but you must be patient and realistic knowing that you won’t see him until the end of 2015 at the earliest and more likely the beginning of 2016.

At the time of this writing, the Reds have still not committed either way on whether they will place Joey Votto on the disabled list with a quadriceps injury.  The team claims Votto is day to day and improving, but he has not made it back onto the field yet.  My best guess is that Cincinnati will make the cautionary move and place Votto on the DL to allow him sufficient time and rest to recover.  Depending on how long Votto is inactive, he may need a rehab stint before he comes back.  You should probably start looking for a short-term replacement at first base right about now.

Rookie sensation Jose Abreu has been placed on the disabled list with tendinitis in his ankle.  This injury has been bothering Abreu for some time now, so the White Sox finally decided to disable him and will schedule an MRI to ensure there is nothing else more serious about the injury.  Right now it is expected Abreu will return when he is eligible to come off the DL, so that is good news for fantasy GM’s who have reaped the rewards of his 15 home runs and 42 RBI.

Everyone knew there were risks with the Yankees’ signing of Carlos Beltran to a three-year contract.  But most people, including myself, figures that Beltran’s knees and legs would give out sooner than later.  Sure enough, Beltran is on the disabled list and could be headed for surgery, but not on any of his lower extremities.  Rather, Beltran has bone spurs in his right elbow and could possibly be headed under the knife this week.  If Beltran does require surgery, expect him to be out 6-12 weeks which would be a significant loss for fantasy GM’s.  Even though he has started off slowly, Beltran is a prolific hitter and was destined to put up great fantasy statistics.  Stash him on your DL and hope he becomes a late season acquisition for your team.

The good news is that an MRI confirmed that there is no structural damage to Gio Gonzalez’s left shoulder.  The bad news is that the inflammation in his shoulder has landed him on the disabled list.  The Nationals plan on shutting Gonzalez down for a few days before he resumes throwing.  If all goes well it is plausible that Gonzalez can come back when he is eligible to return.

After already dealing with a back injury last week, Starling Marte returned to the Pirates’ lineup over the weekend against the Yankees.  However, he was taken out of the second game of a doubleheader with tightness in his left hamstring.  Perhaps he injured himself rounding the bases after his two-run home run.  Any time a player like Marte injures his hamstring is not good news because of how much he relies on his legs and speed.  Fantasy GM’s should hold their breaths and hope Marte does not need a stint on the DL.

Everyone’s favorite multi-positional fantasy player Martin Prado was taken out of Sunday’s game due to blurred vision in his left eye.  It was a precautionary move by the Diamondbacks and there is no further word on what exactly happened.  Speaking as someone who has experienced vision issues, it can be awfully difficult to hit a 90 mph fastball with blurred vision so it was a good move to get Prado out of the game.  Presumably he will be back in the lineup for Arizona’s next game, so there does not appear to be much to worry about right now.  Keep an eye on his status going forward (pun intended).