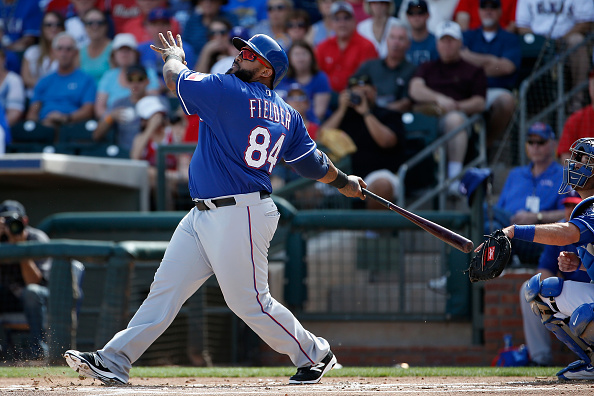 A.J. Ramos, RP MIA (+6.9%) – The major drawback to drafting Ramos was the fact that the closing situation in Miami was still up in the air. Carter Capps, the electric hop-stepping righty, was competing for the gig along with Ramos. An elbow injury ended Capps’ season in August last year, and coming into camp, the elbow still wasn’t right. He went for an MRI and the results were deemed inconclusive. Dr. James Andrews is in on the issue now, so more information should be revealed in the coming days. With Capps being considered out “indefinitely” Ramos is the closer in Miami. This position has the potential to be pretty lucrative this season, and Ramos is a quality closer. Sure, he blew six saves last season, but he ended the 2015 campaign with 32 saves, a 2.30 ERA, a 1.01 WHIP and an 11.13 K/9. The spacious confines of Marlins Park will help keep his home run numbers down, but control has always been the problem for the right-hander. Ramos’ ADP will likely continue to rise a bit, especially since he has a much clearer path to the job.

Mark Melancon, RP PIT (+7.0%) – Melancon is coming off a season in which he was 51-for-53 on save opportunities and had a WHIP below 1.00. His 2.23 ERA was solid as well, and the only real knock you can have on the Pirate closer is the fact that he doesn’t strike out a ton of guys. Other than 2014, the last time Melancon had a K/9 above 9.0 was the 2010 season. He’s currently the seventh closer going off the board, which should result in great value. The Pittsburgh Pirates should be just as good this season as they were last year, providing Melancon with ample opportunities to shut the door. He will end the year as a top-10 closer, but as I mentioned earlier, he doesn’t have the shutdown prowess that other top closers have. For your typical closer, he won’t be a huge help in the strikeout department, but expect anywhere from 38-42 saves for Melancon in 2016.

Prince Fielder, 1B TEX (8.0%) – After missing much of the 2014 season, Fielder had a great 2015 season. He played in all but four games, hitting .305 with 23 home runs and 98 RBI. Fielder’s walk rate dipped last season and his BABIP (.323) was his highest since his rookie season. When you draft Fielder, who will likely occupy the utility spot all season, you’re drafting durability, playing 157 or more games in all but two seasons. The 40-homer seasons for Fielder are in the past, but right around 25 is a reasonable expectation for the veteran slugger. His numbers will likely be pretty similar to last year’s but expect that average to dip to the mid-to-low .290s.

George Springer, OF HOU (+8.6%) – Springer has been bugged by some sort of injury in the first two years of his career, but the guy oozes fantasy stardom. His rookie saw him hit 20 home runs in 78 games, a rate of one every 14.75 at-bats. His season was disrupted by a fractured wrist, but his stat line was still great. He hit .276 with 16 home runs, 41 RBI, 59 runs scored and 16 stolen bases in 102 games. The guy can do it all and as long as he can stay healthy, 2016 is going to be a monster fantasy season for the 26-year old outfielder. Staying healthy is a BIG if, but if he can, a 30/30 season with a .270 batting average is in the realm of possibility. In a 12-team league, he’s going to cost you anywhere from a mid-second to early-third round pick, but with the fantasy potential this guy has written all over him, he’s worth that chance.

Aroldis Chapman, RP NYY (+0.6%) – Despite having a positive trend, I’d expect the newest ADP report to have Chapman slipping a bit in drafts. The Cuban Missile was a recipient of a 30 game suspension, handed down by commissioner Rob Manfred, for his role in an October domestic violence incident. Chapman will be able to make his Yankees debut on May 9, where barring anything crazy, he will immediately step into the team’s closer role. He likely won’t slip too far in drafts, because when he does return, he will continue to strike batters out at an absurd rate. Chapman should still end the year with at least 30 saves, but the suspension will likely drop him out of being a top-3 closer this season. The non-save numbers will still be exceptional given his dynamic left arm, but the numbers won’t be as high as they could have been, had he been able to play the entire 2016 season.

Adam Jones, OF BAL (-9.4%) – If I would have told you that you could get Jones in the third round of your fantasy drafts three or four years ago, you would probably never listen to anything I’d have to say. The guy was a lock for 30+ home runs, a batting average around .285 and 14-16 stolen bases. He was as consistent as they come. However, in 2016, you have a realistic chance of snagging Jones in the early parts of the fourth-round of your draft. An ADP of 34.6 puts him at the tail end of the third round, but he could slip a bit past that. He battled numerous injuries last season, en route to a campaign that saw his numbers dip across the board. In terms of what he had been doing and where he was being drafted, the season could be considered a bust. However, he still ended up hitting just under .270 and left the yard 27 times. The biggest disappointment had to be the fact that he only stole three bases. Could he bounce back up closer to 10 this season? I guess it’s possible, but I don’t envision Baltimore letting him run all that often. Jones playing 156 games with fewer stolen bases is more important to the team than having him steal more often and increasing risk for injury. A fourth-round selection would provide a better opportunity for a higher return on investment on the Baltimore outfielder.

Kyle Schwarber, C/OF CHC (-12.4%) – In just 69 games last season, Schwarber hit .246 with 16 home runs and 43 RBI, rewarding many fantasy owners who scooped him off waivers. Only Buster Posey, among catchers, has the ability to match Schwarber’s offensive prowess. What’s worrisome about Schwarber, causing him to slip of late? Well, the outfield situation is a bit foggy in Chicago, especially with the latest signing, well, re-signing, of Dexter Fowler. Also, it can’t be ignored that he struck out 28.2% of the time last season, not that it’s anything surprising for the strikeout-happy Cubbies. He’s going to have a prominent role in the lineup, but don’t overdraft him just because he has eligibility at a thin position. Schwarber is projected to hit 25 home runs with 80 or so RBI. Well, based on Howard Bender’s Mock Draft Army results, you can wait about 80-some picks later and get Brian McCann, who will likely produce similar power numbers, albeit with a batting average 10-15 points lower.

Kevin Kiermaier, OF TB (-13.8%) – It’s crazy that Kiermaier’s ADP has dropped a whopping 35 picks over the last two or so weeks. This is a guy who I’m taking in the later rounds of drafts. Sure, he isn’t going to hit a ton of home runs. Sure, his batting average isn’t going to wow you. However, thanks to his defensive prowess, he has an everyday gig locked up and the guy is going to steal 20 or so bases in 2016. Along with those stolen bases, a .260 batting average with 12-15 homers is attainable. His .298 OBP will need to improve, or else he could lose his spot near the top of the Rays’ lineup. When it comes down to it, a 20th round selection is typically when you will go after niche categories or guys with high upside. Well, Kiermaier will get you around 20 bags this season, and if things go well, there is breakout potential in the 25-year old outfielder.