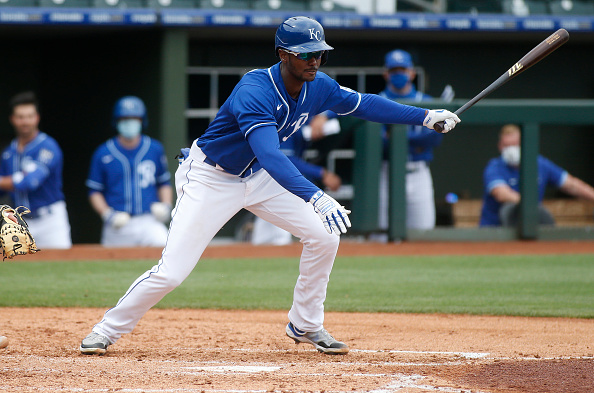 The beginning of a new fantasy baseball season stirs up a whirlwind of emotions. Excitement levels are at an all-time high and the pure joy of watching Opening Day can make you feel like a nine-year old all over again. There’s the angst and anxiety a fantasy draft brings to the table, but there is also hope that springs eternal with dreams of winning your league and, in some cases, possibly cashing a check when it’s all said and done. Fantasy baseball is the epitome of an emotional rollercoaster.

But with the elation a new fantasy baseball season brings, this first week is riddled with impatience and overreaction. Hot starts are revered, cold starts are despised and the flurry of trade talk and waiver wire activity becomes a mine field to safely navigate. If it’s done right, you’re on your way towards a great season, but one misstep and it could be curtains for your fantasy team.

Now, of course, there’s a bit of hyperbole here. One bad trade or roster move here in the first week of the season isn’t going to destroy your entire season. But throwing away months of research and planning in favor of what happens here in the first weekend of the MLB season is a sure-fire way to start things off on the wrong foot.

There is no doubt that Michael A. Taylor is off to a hot start this season and who wouldn’t want those numbers? Through three games, he’s 6-for-13 with a double, two home runs, six RBI and four runs scored. Beautiful, right? But before we start making it rain at Club FAAB or drop anyone potentially productive we picked up in the draft, let’s take a moment to look beyond the numbers.

First of all, this isn’t some young buck just entering his physical prime. Taylor is 30 years old and has been in the league for seven seasons. You want to say six and a half because of 2020, go ahead, but over 1,800 plate appearances at the big-league level is a pretty healthy sample size. Sure, injuries have contributed to the struggles, but this is a guy who has posted a career slash line of .239/.293/.400 with a 31.2-percent strikeout rate attached.

Maybe he’s a late-bloomer? Well now that’s just adorable. Maybe he is. Or maybe the combination of starters like Kyle Gibson and Kohei Arihara with a bullpen that has a 9.92 ERA is affording the entire Royals team with the opportunity to have batting practice actually count? Seriously. Twenty-eight runs through three games? Even Nicky Lopez looks good and that dude is the pure definition of light-hitting middle infielder.

This isn’t to say that Taylor can’t be a helpful fantasy asset. He most certainly can be. But before you go chasing these numbers, understand exactly what you are doing before swapping out players from your current roster. There are plenty of struggling bats right now, but the majority of them are likely to out-produce Taylor over the course of the season.

Other hot starts to be wary of include Evan Longoria (last gasp?), Manuel Margot , David Dahl , Kyle Isbel, Cedric Mullins and Garrett Cooper . I’m not saying these guys can’t maintain strong totals, but I’m not shelling out huge FAAB dollars for any of them nor will I consider any of them trustworthy commodities on the trade market.

One player you can get excited about and consider opening up the FAAB wallets for is Blue Jays reliever Julian Merryweather . The 29-year-old was actually the Player to be Named Later in the 2018 trade that sent Josh Donaldson from Toronto to Cleveland, but wasn’t on anyone’s radar having had Tommy John surgery in March of that year. After rehabbing in the Jays system, for all of 2019 and most of 2020, Merryweather got a brief call-up and showed flashes of what could be a solid reliever. This year….wow. He’s taken more than just a step forward with high-90s heat, a wipeout slider and a solid change-up to keep batters on their heels. He picked up the save in extra innings on Opening Day and was rewarded with the ninth inning on Sunday. He now has five strikeouts in two no-hit innings with two saves and should be in line for more in the future. Manager Charlie Montoyo hasn’t named a closer and reiterated his thoughts on a committee, but Merryweather seems worthy of the add.

Some players people have already asked me if they should drop in leagues of 12 teams or more include Bobby Dalbec, Aaron Hicks , Miguel Sanó , Eduardo Escobar and Austin Hays . A resounding no. Hays and Dalbec are youngsters and both can be watched closely, but there is no need to dismiss what these guys have done and are capable of doing in the future after just two or three games. The other three are veterans who will come around. Breathe, people. Breathe!

OK, it’s Twitter and nothing about fantasy baseball Twitter should surprise me or anyone else, but the early “this is why you don’t take starting pitching early” victory laps three games in makes me want to either just quit Twitter altogether or, at the least, just stop following everyone. No, Luis Castillo , Yu Darvish , Clayton Kershaw and Jack Flaherty aren’t off to the most auspicious starts, but to be so thirsty for attention that you’re leaning on one weekend of stats tells me you have no clue about the game of baseball, let alone, fantasy baseball. If you’re actually listening to these people, stop.