All About The Curve: Wild Wild West 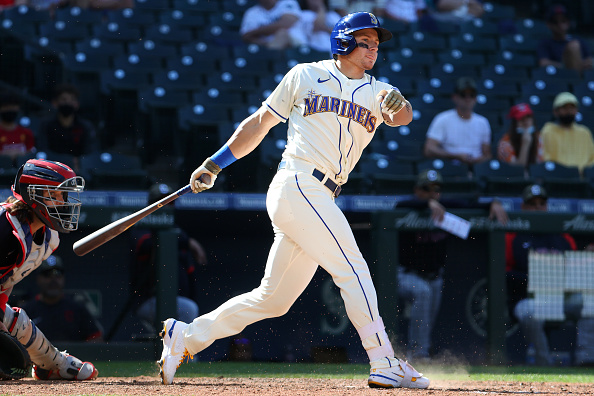 Let's have some fun today! About six weeks into the season, and it's time to talk surprises. Let's start with the AL West.

The Seattle Mariners - The young club is .500 on the year as of today, and with the call-ups of both Jarred Kelenic and Logan Gilbert, it seems pretty clear this team is looking to compete. But what is most interesting is how they have been getting it done. After all, the Mariners have the league WORST batting average at a paltry .205. Other than the surprisingly good bullpen with 12 saves and 26 holds, it seems that success has been largely due to one Mitch Haniger . Haniger is having a career year, batting .269 with a league-leading twelve homers -tied with Ronald Acuna, Aaron Judge , and Shohei Ohtani . He's got 30 RBIs batting DH from the second spot in the order, and his expected slugging of .546 is in the 90th percentile of the league. And the best yet, he's clutch. Haniger is slugging .615 with a 1.086 OPS in late/close games. If you bet, on Mitch Haniger this season, congrats to you. The only time Haniger has played more than 96 games in a season was 2018, and if he continues at this pace, he will certainly exceed those 26 home runs and 93 RBI. If I am the Haniger owner, I am looking to flip him now, but I can't blame you or the Mariners if you just want to enjoy this breakout.

The Los Angeles Angels - Many had the Angels pegged as the surprise winner of the AL West. And why wouldn't they? A team that 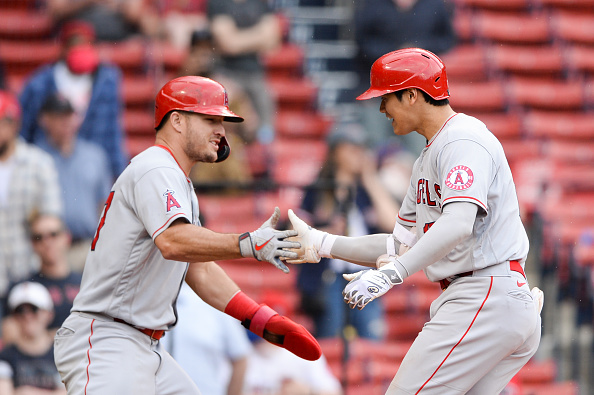 doesn't strike out led by Mike Trout , Shohei Ohtani , and Anthony Rendon ? Sadly, things have once again not gone the way of the halos. The Angels have allowed 44 more runs than they have scored this year despite another strong season from the former AL MVP. Shohei Ohtani is showing us ways to dominate the sport we could have never imagined, leading the league in home runs while pitching to a 2.10 ERA with a 36% K rate. Quite simply, it's Marvel Avenger-level stuff. And then there's Jared Walsh . Walsh is having a phenomenal sophomore season- so good, one could argue, the Angels cut bait with three-time AL MVP Albert Pujols . Walsh sits atop the MLB leaderboards as a top-10 hitter, batting .338 with an expected batting average of .283, seven home runs, 17 runs, and 29 RBI. His wOBA is in the top 5% of the league. He's hitting all pitches, and he's hitting them well, batting .379 vs. the fastball, .289 vs. the breaking ball, and .400 vs. the off-speed pitch- that's a major improvement from last season's .200 vs. the off-speed. I absolutely love watching Walsh play. He's a value defensively as well as offensively, but I also doubt you will be able to get any more value for him in a trade than you can today.

The Texas Rangers - The Texas Rangers just got to Gerrit Cole . I could probably stop this article here as the biggest surprise of the season. Cole is arguably the best pitcher in baseball, and the Texas Rangers have the fourth most strikeouts in the league, but as I mentioned in the Fantasy Alarm show yesterday, Cole is prone to give up the home run. Unfortunately for the Yankees, he gave up a couple yesterday, one to Willie Calhoun , whom I have already talked about extensively both in this article and in the Hot Corner Video, and one to rookie Elvis Andrus replacement has broken out in a big way. He's batting .293 with five homers, 17 RBI, 27 runs (tied for 6th), and seven stolen bases (tied for 3rd). If the Rangers could put together some pitching- their starters have a combined ERA of 4.58- they have the offensive talent to be competitive. But, then again, there's nothing new or surprising about that-

The Oakland Athletics - Man, this team is pesky. After starting the season on a losing streak, the A's put together a 13-game win streak and secured their place atop the AL West. And it's kind of unclear how. Starters for the A's have combined for a 4.34 ERA with a combined pitching staff ERA of 4.11, and the team batting average is .223- the fifth-lowest mark in the league. Season-long, they've allowed eight more runs than they have scored, but Jed Lowrie is finally healthy and contributing, and Matt Olsen is still doing Matt Olsen things. Perhaps the biggest surprise is the emergence of starter Cole Irvin . Since April 17th, the leftie has posted a 1.86 ERA over six starts, and his overall 3.02 ERA is the lowest of all starting pitchers.

The Houston Astros - The Astros biggest surprise? Getting it done "without" starting pitching. Minus Justin Verlander , Framber Valdez , Jake Odorizzi , and despite Zack Greinke not having his best stuff, the Astros starters have maintained a 3.63 ERA, the eighth-best mark in the league. Lance McCullers, Cristian Javier, and Luis García (B)">Luis García. Now filling in for the injured Odorizzi, Garcia is striking out batters at a rate of more than 10 per nine and has a 12.9% Swinging K rate. For reference, that's more than Beuhler, Snell, Bumgarner, Nola, and teammate Lance McCullers. The Astros have scored 56 more runs than they have allowed this year, and that's also due to some surprise offensive performances. Most notably, 36-year old veteran Yuli Gurriel . If you wrote Gurriel off as over the hill after last season, you may want to think again. Gurriel is batting .322 on the season, with seven homeruns, and 31 RBI. That's the seventh most RBI in the league.