All About The Curve: The Hot Hands 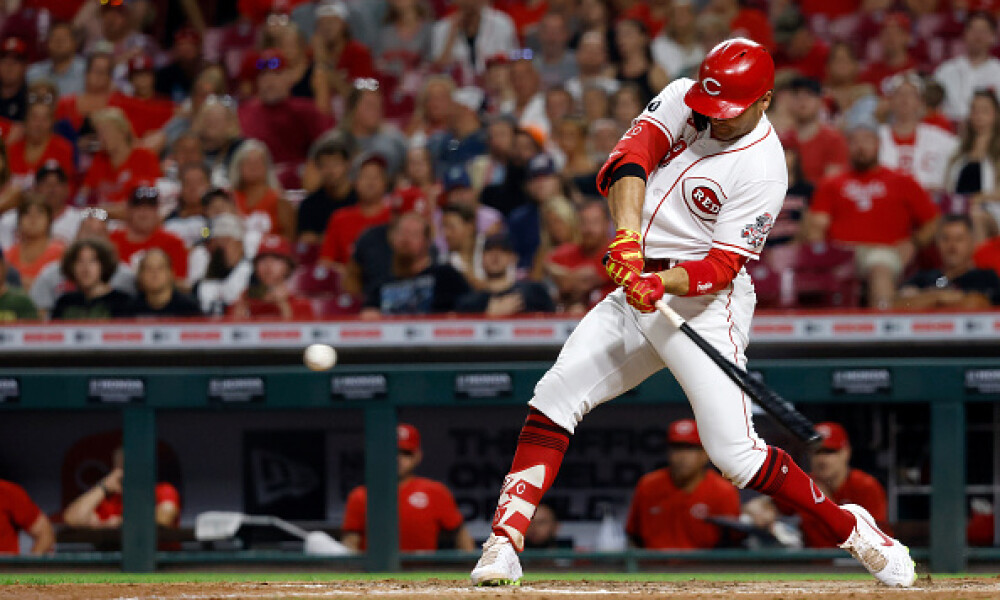 Ok, Fantasy Baseball managers, this is it. We're in the home stretch. One-quarter of the season remains, and it's time to hone in on the players who can help bring home the championship. It no longer matters where you drafted someone and what their underlying skill set and potential is. We need currently productive players who will have the most motivation and opportunity to continue producing down the stretch. Throw everything we told you all year about patience and baseball being a marathon and not a sprint. There's no time to wait for positive regression.

That's right.  It's time to target the Hot Hand.

Let's see if we can identify trade targets and waiver wire adds that could be late-season difference-makers. Let's start by looking at who has been the most productive post-all-star break. Per Fangraphs, here are the Top 20 RBI leaders since the break:

Notice anything?  That's right. Not one first round fantasy pick is on this list. In fact, there are some pretty surprising names here.  Eric Haase and Will Smith and JT Realmuto? Three catchers? And what else stands out?  Three of the Top Eight are Blue Jays, and none of them are named Vlad. Rowdy Tellez, CJ Cron, Kyle Seager, and Josh Bell are widely available on the waiver wire.  What am I getting at?   There are some "un-sexy" names here that could be sneaky targets.

Now, there are also some sexy names here. I love the idea of approaching the George Springer manager and seeing if he's interested in a trade. If it's a dynasty league and you have the capital to make the deal, Springer is a win-now player. He's rested, locked in, he plays for a potent offense, and we know he is good down the stretch. Plus, he has all these RBI batting leadoff, which means he must also be a leader in runs scored. Check out this post-all-star break run leaders list:

Notice who's on top? George is back. There are some other pretty exciting names on this list, too. Jonathan India has been on fire since the All-Star Break, and the Reds are aggressively chasing Milwaukee. You may not even need to trade for him, as he's available in 30% of Yahoo leagues. Jorge Soler, Robbie Grossman, and Willy Adames stick out to me here, too. If not available on the waiver wire, their managers may be willing to part with them. I love the idea of targeting Braves here, too. So many people wrote them off when Acuna got injured, but they're not waving the white flag. If the Freeman or Albies owner has been frustrated and stopped paying attention a few weeks ago, you could be able to make a good deal. Swanson, Riley, Pederson are also all good targets. As a team, Atlanta has the fifth most runs and RBI since the All-Star Break, and I think they are headed for the post-season.

Let's talk power. Who's hitting home runs -besides Joey Votto? Many of the same players already mentioned are on this list, but there are also a few interesting new names. Second baseman Jack Mayfield is one. He should continue to see regular work, and even if this is a hot streak only, it's worth picking him up off the wire. He's available in 95% of Yahoo leagues. Elias Díaz has six homers and is batting .273 in sixteen games since the All-Star Break. His home stadium is Coors, and who couldn't use an upgrade at catcher? He's available in 85% of Yahoo leagues.

How about batting average? Connor Joe, Rafael Ortega, and AJ Pollock all stand out to me here because they also contribute in other categories. Luis Arraez is also a good target as he has the underlying skill set to win a batting title one day. All are available on the waiver wire.

Finally, a couple of highly touted rookies could be difference-makers. Jo Adell is off to a good start in his first 25 plate appearances for the Angels this year, batting .304, and keep your eye out for the Bobby Witt Jr call-up. He's been smoking the ball at Triple-A, and I expect the Royals will give him some major league opportunity before the season is through.