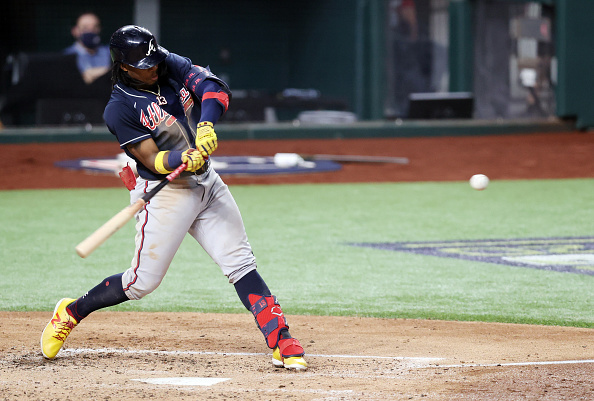 Editor's Note: Enjoying the free previews? Get the rest of the fantasy baseball player profiles with a purchase of the Fantasy Alarm MLB Draft Guide. Use promo code BENDER for 40% off!

In your more traditional fantasy baseball magazines, you get a section that offers player capsules on anywhere from 500 to 1,500 major league ballplayers. Each capsule offers a short write-up of what the player did last season, something about his skill-set, potential role with the team and maybe even some projections for the upcoming season. Sounds great, right? Sort of.

We’ve already established that this is not your traditional fantasy baseball guide. It’s better and our profiles are one of the main reasons. Why? For the simple fact that we just spent the last two years scratching our heads, wondering where some of the marquee free agents would sign and, in many cases, signings came extremely late in the spring. While printed magazines listed them as free agents with an opinion on their skill-sets, there was no way to discuss potential production for the upcoming season, simply because they had no clue where a player would land. If we are going to speculate on a player’s production for the upcoming season, we wait until that player actually signs with an organization. That way we can cite things such as ballpark factors and where they fit into the lineup and overall team. You know…the important stuff.

In addition to that, we also don’t feel the need to waste your time with player capsules you’re never going to need. It’s nice to advertise that you’re writing up 1,000 MLB players for your magazine, but how many fantasy baseball owners need to know or even care about what Ben Bowden (no relation) or Nate Orf are going to do this season? These are not players who are going to win you a championship. They are filler, some of whom will never see a spot on anyone’s roster, no matter how deep the league may be. We’d rather focus on players with actual fantasy relevance.

But we know you like your player capsules. We know you want to be able to look up certain players and see what we expect them to do in the upcoming season and that’s where this Player Profile series comes in. We may not be writing up 1,000 major leaguers, but you can bet we’ll break down the ones you need to know. Whether it’s a rookie set to make his debut in 2021 or a player who finds himself on his fourth team in five years, we’ll be diving deep into the analysis to offer you the most insightful opinions to take you into your draft as well as to reference throughout the regular season. Yeah, that’s right. It doesn’t end on Draft Day. The Fantasy Alarm Living Draft Guide will be a fantastic in-season tool as well.

What you see below is our initial list of Player Profiles you can expect to see over the next two or three months. Some are marquee names while others are more of the role-player variety. We’ll break down their history, their skill-sets, their current situations and, of course, what we believe you can expect from them in the 2021 season. The profiles will be much more in-depth than what you’ll see in a traditional magazine. Why? Well, because you deserve more, but also, because we’re not limited by print space.

And because we believe you deserve more, this is also going to be an interactive list. That’s right. If there’s a specific player you don’t see listed but would like to learn more about, we’ll happily take your suggestion and add him to our list. Just email your desired Player Profile to howard@fantasyalarm.com and we’ll try to meet as many requests as possible.

If you haven't been keeping track off the table below, click here to get to the Player Profile Main page. The most recent ones are at the top.