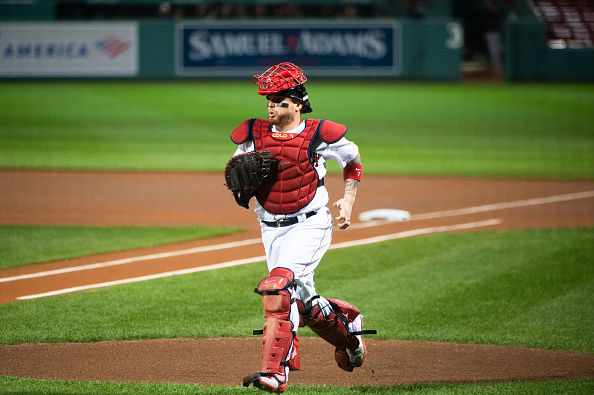 Boston backstop Christian Vázquez was quite solid in 2020, as he hit seven home runs, drove in 23 runs, swiped four bases and slashed a respectable .283/.344/.457 across 47 games. It marks the second straight season that he’s hit at least. 275, and the third time in four years he’s done such a task. He managed to post the best walk rate of his career since his 2014 season, but on the other hand, his 22.8 percent strikeout rate was the highest mark of his career, and first time since 2016 that he was above 20 percent.

It takes a little digging to interpret why his strikeout was elevated this past season. He actually chased less and his swinging strike rate was within one percentage point of his 2019 season. However, compared to years prior, both 2019 and 2020 are elevated. His contact rate dipped by two percentage points overall, highlighted, or perhaps lowlighted by a four point drop in zone contact. His whiff rate on pitches in the strike zone took quite the jump. 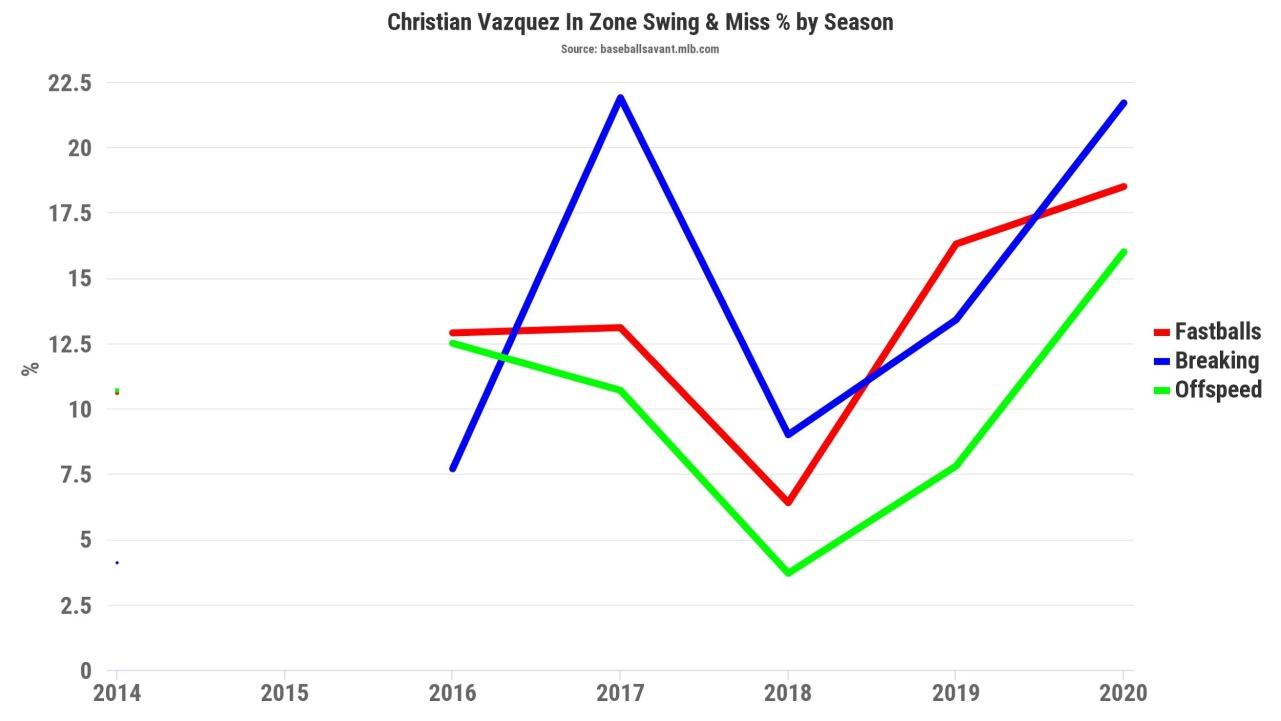 Beyond the strikeouts, most of his batted ball profile remained intact. His exit velocity was on par, and he even happened to push his barrel rate a bit above his career average. Sure, both were down compared to 2019, but nothing that is super alarming with those metrics in particular. The one statistic from his batted ball profile that raises eyebrows is his frequency for soft contact in 2020.

His career average for soft contact is 18.7 percent, and if you remove the 2020 season, his career mark was 17.9 percent. Now, in 2020, that mark was up to 26.2 percent. Yikes. The amount of soft contact drove down his xBA, which shouldn’t come as much of a surprise.

Minimizing soft contact will be key for Vazquez, because you cannot be lucky all the time! He got the under the ball more, but a 30 percent under rate that was elevated by a 9.2 percent pop up rate is far from ideal. For his career, his popup rate is 6.0 percent, so if that 9.2 percent can mark return to normalcy, he should be just fine.

He should return to more normal marks in 2020, and should prove to once again be a valuable source of batting average from a position more known for power numbers than cushy batting averages.

That doesn’t mean Vazquez is a complete liability in the power department. Yes, there’s some volatility because outside of hitting 23 home runs in 138 games in 2019, he hit just 10 home runs in the 291 games prior. It is encouraging, however, that his power numbers didn’t take too substantial of a hit. He homered once every 20.96 at-bats in 2019, and that mark was 24.71 in 2020. Using his 482 at-bats from the 2019 season, his 2020 mark would have resulted in 19.5 home runs. By doing a little bit across the board, Vazquez could be staring down the barrel of a 20 homer season, with a .260+ batting average and a handful of steals.

Speaking of stolen bases, Vazquez gives you a little extra speed from the position. He’s swiped four bags each of the past three years, and in the final 16 games of the 2020 season, he attempted six stolen bases! Sure, he was only 50 percent successful, but a catcher who is willing to run and put up a crooked number in the stolen base column gets a slight boost in my book! In fact, since the start of 2018, there are only five catchers who have registered double-digit stolen bases, and only three, including Vazquez have at least 12! He’s not always the most successful, but only Isiah Kiner-Falefa and J.T. Realmuto have more stolen base attempts than Vazquez over the past three seasons.

The Boston backstop is currently the seventh catcher off the board, per NFBC data, and I absolutely love the price point. He provides fine pop, a stable batting average, and should post a stolen base total in the mid-to-upper single digits. If you load up on power numbers early in your draft, Vazquez’s 15-20 home runs, .260ish batting average and 5-8 stolen bases should be a welcomed addition to your 2021 fantasy baseball team. He’s a catcher that I am prioritizing this season.