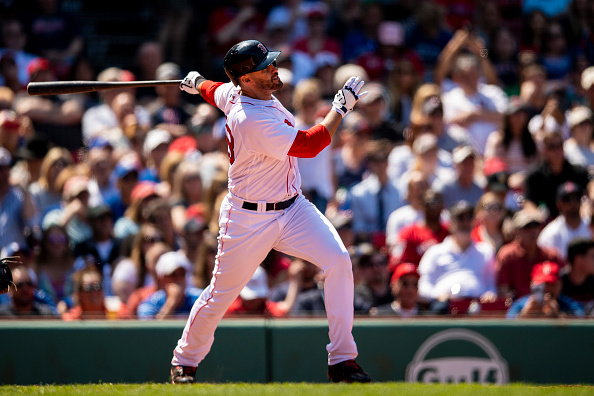 This week’s chaos centers around Clayton Kershaw and the dilemma that fantasy GMs will face in terms of how to cope with his loss and roster decisions that need to be made in order to stay afloat.  Of course, there is constantly chaos every day and every week with injuries so why should this injury report be different from any other? So, without further ado, here is the next edition of the fantasy baseball emergency room.

The Red Sox have been one of the top teams in the league thanks in large part to their offense which has bludgeoned opponents all season.  Mookie Betts has far and away been the league’s MVP, but teammate J.D. Martínez is not far behind with a .315 batting average along with 19 home runs, 50 RBI, 37 runs scored and one stolen base.  However, Martinez was taken out of Sunday’s game with back spasms. The injury does not appear serious as he is expected back in the lineup on Tuesday. That could change depending on whether the spasms are completely gone.  Either way, he is not expected to miss much time, if any at all.

We knew the news would not be good at the end of last week, but now we know that Kershaw is going to be out at least another month with a strained lower back.  There was no structural damage according to the MRI, but this latest back injury will likely keep him out until near the All Star break. Fantasy GMs will just have to tread water again and stash him, even if they are limited with bench or DL slots.  Kershaw is undoubtedly one of the top pitchers in the league, but his recurring injuries are making him increasingly frustrating to own. 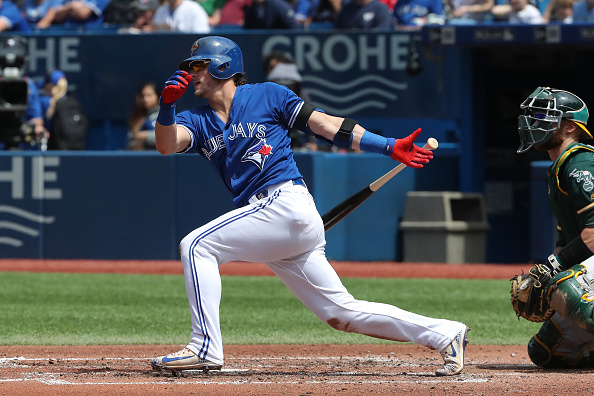 Speaking of players who are frustrating to own, Josh Donaldson is on the disabled list again with a calf injury.  The roster move was retroactive to May 29 and he is expected to return later this week when eligible to be activated.  He has only played in 36 games this year and is hitting .234 with five home runs, 16 RBI, 22 runs scored and two stolen bases.  Fantasy GMs need Donaldson to return to his form from a couple years ago because his offensive production has not been commensurate with where he was likely drafted.

Archer was taken out of his last start on Saturday with tightness in his groin.  He underwent an MRI on Monday to determine the severity of the injury so we will have to wait and find out the results before we have a better sense on his status.  Tampa Bay had already reported that it was questionable if he would be able to make his next start, so the safe bet is that he will either be skipped or land on the disabled list.  Archer is a top fantasy pitcher who got off to a rough start to the season but now has a 3-4 record with a 4.24 ERA, 1.34 WHIP and 76 strikeouts in 76.1 innings. He should be stashed if he does end up missing time.

It has taken a while, but Belt finally seems to have blossomed as he is batting .307 with 11 home runs, 37 RBI, 32 runs scored and two stolen bases.  Unfortunately, he has landed on the disabled list after having his appendix removed. There is no time table for his return as recovery from this procedure is unpredictable.  Belt is a solid fantasy option so he should be stashed if you have an available roster spot for him.

Tampa Bay has been ravaged by injuries all season and now they can add first baseman C.J. Cron to the list.  He suffered a contusion on his right forearm when he was hit by a pitch on Sunday. X-rays were negative so Cron avoided a serious injury.  He is considered day-to-day and should be back in the lineup within a day or two. He is currently batting .264 with 12 home runs, 32 RBI, 32 runs scored and one stolen base making him a viable corner infield or utility option in most league formats.

Teheran was taken out of his last start on Monday with a contusion on his right thumb that he suffered while batting against San Diego.  He has been very mediocre this season with a 4-4 record along with a 4.31 ERA, 1.27 WHIP and 56 strikeouts in 71 innings. Teheran’s control has been a major issue so adding a thumb injury into the mix will not do any wonders for his current fantasy value.  He is a candidate to be dropped if he does miss any time because his statistics are not good enough to warrant stashing in a roster slot. 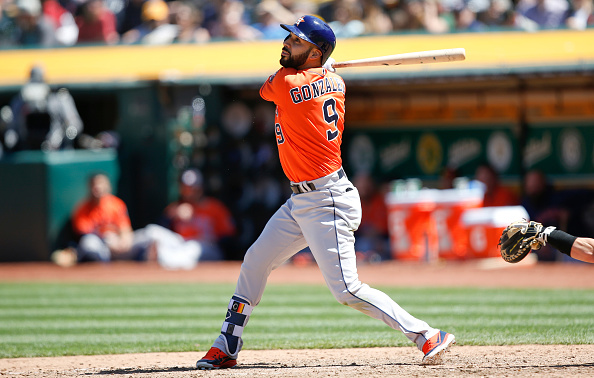 Super-utility player Marwin González was taken out of Saturday’s game with soreness in his right knee and then missed Sunday as well.  The Astros consider him day-to-day and believe he will not require a stint on the disabled list. Gonzalez had a tremendous 2017 season providing great value with his eligibility all over the field, but he has struggled thus far this year batting only .222 with four home runs and 28 RBI.  He is still a valuable asset to have on your roster so keep him benched for now assuming you have that capability.

Villanueva was a big story in April but has cooled off considerably since then seeing his batting average drop to .241.  He does have 15 home runs and 35 RBI to go along with that making him a viable option in deep leagues. Villanueva fouled a ball off of his left ankle over the weekend and subsequently missed Monday’s game.  He is not expected to miss much time but will likely need another day to recover fully.

The Mets have been decimated by injuries all season but are going to get some reinforcements this week including the return of third baseman Todd Frazier .  He has missed the past several weeks with a hamstring injury and is set to return on Tuesday. The Mets desperately need his bat in the lineup where he will look to improve upon his .237 batting average with five home runs, 21 RBI, 18 runs scored and three stolen bases.

Dahl is clearly cursed with the injury bug as he is back on the disabled list after suffering a broken right foot.  He was likely going to get an opportunity to play regularly but that will once again be on hold as he is expected to miss six to eight weeks with this injury.  Dahl was batting .275 with four home runs, 13 RBI, eight runs scored and two stolen bases thus far but cannot be trusted at all to stay on the field. Set him free and pursue a more stable alternative for your outfield.

Russell suffered a sprained middle finger on his left hand over the weekend and is expected to be out for a few days.  He sustained the injury while swinging the bat but appears to have avoided a serious injury as the Cubs do not believe he will need a trip to the disabled list.  Russell has not been able to recapture his success from 2016 as he is batting .272 with only two home runs, 14 RBI, 26 runs scored and two stolen bases. His fantasy value lies in being a replacement for another injured player or a middle infield option in very deep leagues.