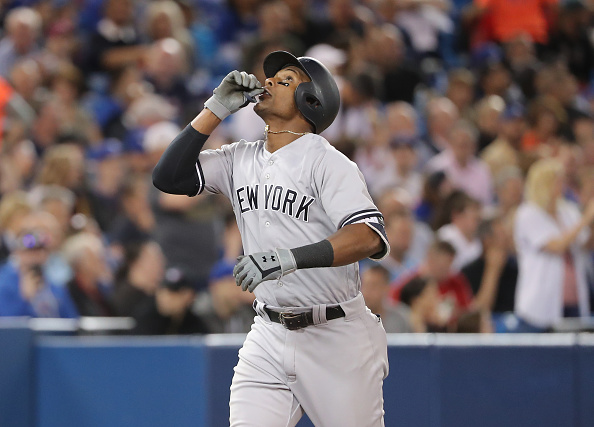 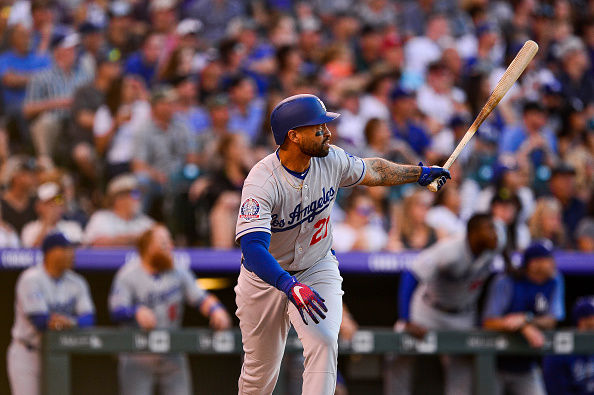 Matt Kemp , LAD OF (75% ownership), FAAB Bid - $16-17 - I think we’ve been all waiting to see if we’re even going to get a glimpse of the player that nearly posted a 40-40 season and finished second to Ryan Braun for MVP but we’ve been missing out on just how complete of a hitter Kemp is. After hitting .276 last year, Kemp came into this season as the Dodgers fourth outfielder but that has quickly changed. Kemp is one of the hottest hitters across baseball right now posting a .410 average spanning over two weeks. This recent hot streak has helped him raise his average eup to .344 on the year. The nine homers he has now puts him on pace to hit around 25 and he could end up with 100 RBI as well if he continues driving them in this well. He’s still available in far too many leagues.

Mitch Moreland , BOS 1B (66% ownership), FAAB Bid - $15 - It’s pretty insane to me that only 66% of Yahoo leagues have Moreland on a team. Over the last two weeks, the Boston 1B has hit four home runs and driven in nine runs. He has 10 homers and 30 RBI on the year and has posted a cool 1.000 OPS as well. Moreland is destroying baseball’s this year as he’s notched a 41.3-percent hard-hit rate. Moreland is easily in the midst of a career year and it would be silly not to take advantage of someone hitting in the middle of one of the best lineups in baseball.

Kyle Barraclough , MIA RP, (46% ownership), FAAB Bid - $11-12 - There won’t be many save opportunities for Barraclough seeing how bad the Marlins are, but he’s been really really good this year and could be a reliable pitcher when the chances come. He has a 1.42 ERA with 27 strikeouts in 24.1 innings pitched. He’s actually had 10 straight scoreless appearances and in those appearances has only allowed one hit total. Let that sink in for a bit.

Miguel Andujar , NYY 3B (49% ownership), FAAB Bid - $9-11 - Andujar is back where he was earlier in the year, stroking the baseball. He has seven hits over his last four games including two homers and eight RBI. He’s had six multi-hit games over his last 11 raising his average to .305. He has an impressive .869 OPS on the year and 29 extra-base hits in 49 games. He’s had peaks and valleys like all rookies do, but Andujar has hit at every level he’s stopped at and the Major League’s haven’t been any different.

Yairo Munoz , STL SS (8% ownership), FAAB Bid - $8-9 - Since taking over the everyday shortstop position for St. Louis, Munoz has been great. He’s been especially good over his last 10 games slashing .333/.389/.545 with two homers and 10 RBI. Munoz is also someone who has some speed as well, swiping 22 bases between Double-A and Triple-A in 2017. Munoz being a power/speed threat makes him viable in almost all formats as long as he continues to hit the way he has. The one issue he’ll have is Paul DeJong ’s return. I think he’ll have a seamless transition to 2B with Kolten Wong being nothing more than a bench player right now.

Marco Gonzales , SEA SP (44% ownership), FAAB Bid - $9 - There honestly aren’t many better pitchers in baseball right now than Gonzales. He’s allowed one measly run over his last four starts which has spanned 26 innings. Something worth noting with Gonzales’ wins this year is in all six, he’s had at least a 44-percent ground ball rate which nearly matches his season average of 46.7-percent. Gonzales’ 3.47 xFIP and 3.77 SIERA shows us that this is no fluke and that he’s just a really solid pitcher. The fact he has six wins doesn’t hurt either. This is someone that could round out your rotation perfectly and he’s available in more than half of Yahoo! leagues. 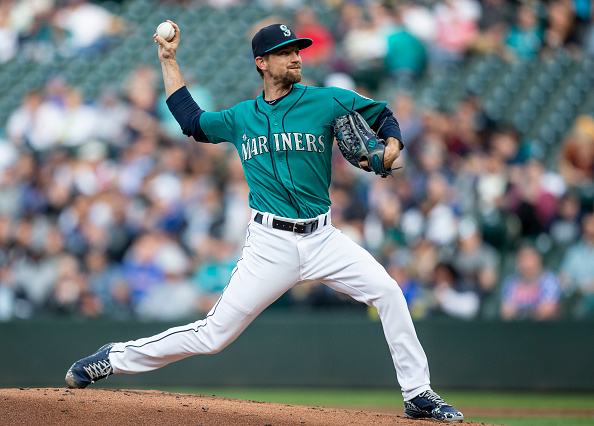 Mike Leake , SEA SP (12% ownership), FAAB Bid - $7 - I’m not sure what has gotten into Mike Leake , but he’s pitching very well lately. He’s notched a quality start in four of his last five outings and has allowed two earned runs or fewer in those four as well. It’s no coincidence at all that Leake, a pitcher getting ground balls at a 47.9-percent clip, has gotten GB’s at a 50-percent clip or better in four of his last five games and is all of a sudden having success. I hate that he only has 47 K’s over 72.2 innings, but if he continues to get outs and wins, he’ll be able to be a viable fantasy contributor.

Jon Jay , KCR OF (15% ownership), FAAB Bid - $6 - This pickup isn’t anything too flashy, but Jay has been extremely solid this year, especially lately. Over the last two weeks, he’s hitting .375 with 10 runs scored, eight RBI and two stolen bases. Jay is now hitting .311 for the season and continues leading off for the Royals. He’s currently on pace to put up just under 200 hits and possibly 75 runs scored. He’s someone who will contribute in both of those categories but not much else.

Dylan Covey , CWS SP, RP (1% ownership), FAAB Bid - $1-2 - Based on his track record, it’s hard to imagine this type of success continuing, but why not take a shot on someone pitching really well right now? Covey’s made four starts this year and has a 2.82 ERA while striking out 21 batters in 22.1 innings. His 21.2-percent K-rate is a massive increase from the 13.3 mark he posted last year. He’s not only striking more guys out, but he’s getting basically everyone and their mother to hit a grounder. He had a very good mark of 48.5-percent in 2017 but this year that number has spiked to an elite mark of 63.2-percent.