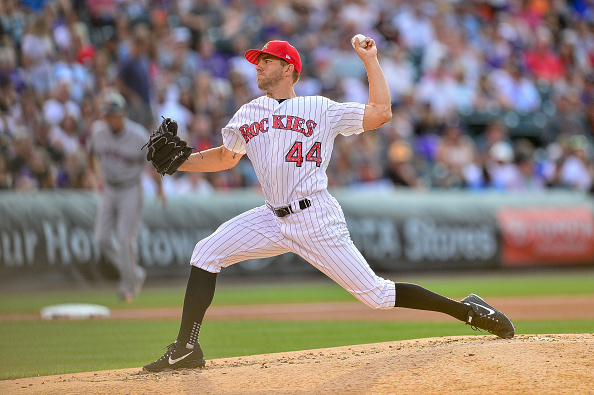 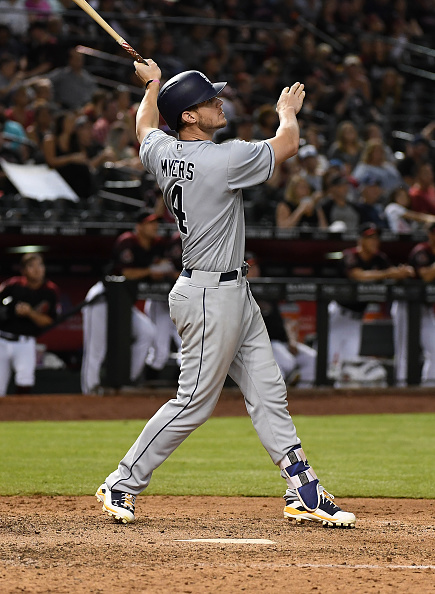 Kelvin Herrera , WAS RP (74% ownership), FAAB Bid - $18 - Herrera is taking over the ninth inning duties in Washington after the inevitable happened; Sean Doolittle landed on the disabled list. Herrera has a 1.96 ERA and 14 saves on the year. He had 26 saves last season and 12 the year before, so he’s had plenty of closing experience in this department.

Wil Myers , SDP OF, 1B (89% ownership), FAAB Bid - $17-18 - It’s probably too late for Myers, but if it isn’t you NEED to pick him up yesterday. Just over the past two weeks he’s hit seven homers, driven in 14 runs and has even stolen three bases. IF he can stay healthy, something he’s really never been able to do, he can potentially be a top-20 outfielder for the remainder of the campaign if he continues with the power/speed combination.

Tyler Anderson , COL SP (41% ownership), FAAB Bid - $12-15 - There are only two pitchers in baseball that have struck out more opponents over the last 14 days than Anderson and they’re Trevor Bauer and Aaron Nola . Anderson is in the best stretch of his career overall, but he’s struck out eight or more opponents in four straight while allowing one earned run or less in three straight. Anderson has even pitched well at Coors, which is a testament to his ability to keep the ball on the ground. He’s locked in right now and can be considered a high end SP3 and even a low end SP2 in some formats.

Grégory Polanco , PIT OF (68% ownership), FAAB Bid - $14 - Polanco has been heating up of late posting a .302 AVG over the previous two weeks. Polanco already has 13 homers, 47 RBI and 45 runs scored before the All-Star break. Despite his .233 AVG, Polanco has a chance to post career marks in all three categories. If the average rises as well, that’s just a bonus.

Victor Arano , PHI RP (25% ownership), FAAB Bid - $12-13 - Arano was able to close the door in his first three opportunities but struggled on Monday actually blowing his first save. He hasn’t exactly been named as the team’s closer, but has been the one pitching in the ninth innings of late. He had six straight scoreless appearances prior to Monday’s blow up. He has 36 K’s over 32.1 innings thus far and a really nice 2.51 ERA and 1.08 WHIP to boot.

Billy Hamilton , CIN OF (76% ownership), FAAB Bid - $11-12 - Hamilton is still hitting just .222 on the year, but it’s been better of late. He has four multi-hit games over his last six and has swiped seven bases over his last seven games. He had nine swipes in the first two months combined and has 13 from the start of June 1st until now. Hamilton will really only provide us numbers in the stolen base category, but with nobody running, he’s worth owning if he’s actually running. 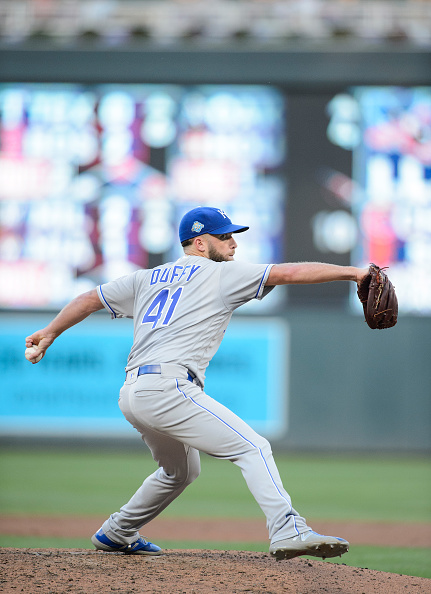 Danny Duffy , KCR SP (47% ownership), FAAB Bid - $10 - It’s been the biggest rollercoaster ride of the century watching Duffy go from start-to-start, but it’s been better lately. In three of his last four outings, he’s allowed one earned run or fewer and in each of those games, he’s had seven or more strikeouts. Duffy still has a really nice 20-percent K-rate this year, but the lack of wins and opportunity of picking them up really cap his upside.

Collin McHugh , HOU SP, RP (31% ownership), FAAB Bid - $7 - McHugh has been very, very good out of the bullpen for the Astros and is worth an add in deeper formats. One, because he can contribute in multiple facets and two because if any Astros starter goes down to injury he’s likely the top option to take their place. He has two wins and two holds already in July and it’s only the 11th.

Mark Canha , OAK OF (4% ownership), FAAB Bid - $2 - Canha has been really great since the beginning of June, slashing .305/.391/.505 with a .383 wOBA. Canha is playing everyday and although he’s hitting at the bottom of the lineup, he’s producing regardless. Canha has the potential to end up with 20 home runs, 70 runs batted in and 70 runs scored, which is in play in more than just 15 team league formats.