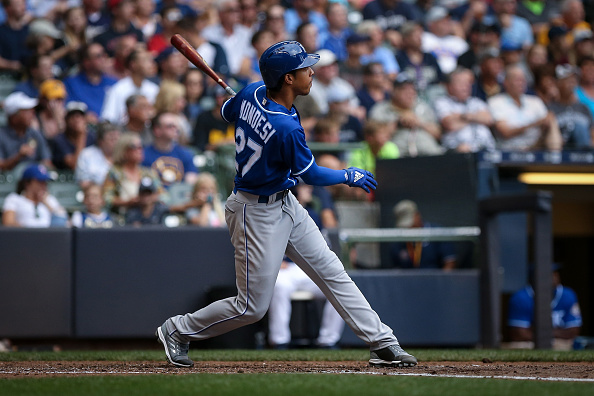 Leury García OF, CWS – Garcia is another player that can provide that HR/SB combo in the second half of the fantasy season.  On the year he is hitting .290 with four home runs and 10 stolen bases over 58 games.  Garcia came off the DL on June 22nd and since then he has hit .344 with two home runs, one stolen base and an OPS of .830.  The power and stolen base upside is no fluke either as Garcia hit nine home runs and swiped eight bags over 87 games last season for Chicago. If he went on to post similar numbers over the second half of the fantasy season you would be more than thrilled with that production. 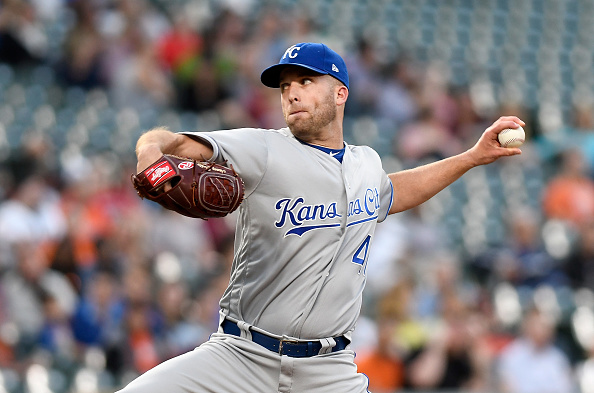 Adalberto Mondesí 2B, KC- Mondesi was once a top prospect in the Royals system but he never was able to reach that potential.  He is getting another shot with the club to see if he can finally produce like the player he has proven to be at the minor league level and right now fantasy owners should take notice.  On the year Mondesi is hitting .250 with three home runs and five stolen bases over 21 games.  That HR/SB potential can be huge in all formats over the second half of the season, especially with the Royals likely dealing some key pieces and thus giving Mondesi even more playing time.  A switch-hitter, Mondesi is hitting .278 with an OPS of .754 from the left-side of the plate which is good news seeing as he will largely see right-handed pitching for the most part.  He is worth a speculative add right now for the second half of the fantasy season.

Kole Calhoun OF, LAL- I’ve written about Calhoun before but his ownership levels sit pretty low in standard league formats.  Since returning from the disabled list we have had a 25-game sample from Calhoun in which he has hit .274 with four doubles, eight home run and an OPS of .926.  We know that Calhoun has 20+ home run potential when playing a full season and though he may fall short of that mark this season because of the DL stint but that does not mean he can’t go on to have a productive second half.  If you need outfield help and some power/run scoring upside, then I would take a stab at Calhoun right now.

Danny Duffy SP, KC- I am still not ready to completely go “All In” here with Duffy because he has been so bad at times this year, but I mean if we look at his last 10 starts he allowed one or fewer runs in seven of them while allowing a total of 16 runs in the other three.  Overall during these 10 starts stretch Duffy is 4-2 wit a 2.73 ERA while striking out 58 over 62.2 innings.  His next start is slated to come against a Twins team that he faced twice during this 10-game stretch.  Over those two starts he allowed just one run over 12 innings while striking out 12.  Owned in just under 40-percent of standard leagues.  It could very well be now or never with Duffy if he goes out and throws another shutout start on Friday.

Chris Taylor /Kiké Hernández SS, LAD- If we are to believe the twitter rumors being put out by the likes Ken Rosenthal then Manny Machado will soon be a Dodger.  Machado has repeatedly stated that he is a shortstop and only wants to play shortstop.  If Machado does end up being dealt to the Dodgers that means Chris Taylor and Kiké Hernández will take a blow in playing time as each have played the position with Taylor largely being the team’s starting shortstop. Both players are helped by their ability to play all infield and outfield positions but ultimately their stocks take a hit when Machado comes to town. 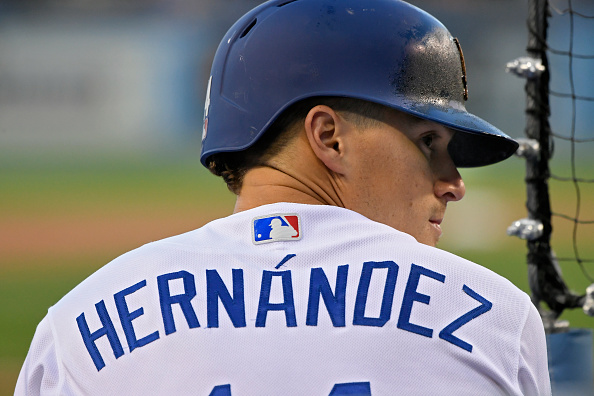 Mike Montgomery SP, CHC- When Montgomery got moved into the Cubs rotation he fired off a string of five starts in which he allowed no more than one earned run while notching quality starts in four of those five outings.  Unfortunately, his last four starts have not been as successful as the lefty has allowed 14 earned runs over 21 innings while walking 12 and striking out just 14.  He is expected to stay in the rotation for the time being but given his lack of strike out upside he may be best used as a streaming option rather a starter you can rely on given his current form.

Austin Meadows OF, PIT- Meadows got off to a white-hot start with the Pirates but as the team’s outfield returned to full strength the at bats for Meadows dwindled and he did not do enough with his playing time to really push to start over the likes of Starling Marte , Grégory Polanco or Corey Dickerson .  On Sunday the Pirates optioned Meadows back to Triple-A where it’s likely he will stay until September call-ups baring an injury or trade of one of the team’s outfielders.  If you own Meadows and can afford to keep an inactive player on your bench than go for it as he likely gets playing time over the likes of a Corey Dickerson at the end of the season and maybe that helps you in the fantasy playoffs but for now he is very much droppable.

Jake Lamb 3B, ARI- There are rumors that the Diamondbacks are in the market for a third baseman as we head into the trade deadline and that is due to the lack of production that are getting out of Jake Lamb who is possibly having one of the more disappointing seasons of any fantasy player given his projects heading into the year. Now maybe Lamb is playing through an injury seeing as he was on the DL with a shoulder sprain and elbow injury.  Those injuries could very well be the reason he is hitting just .229 with six home runs on the year after hitting 30 home runs last season and 29 the year before.  Either way I see no reason to hold onto Lamb at this point, especially if the DBacks do go out and acquire a player to take his spot in the lineup.