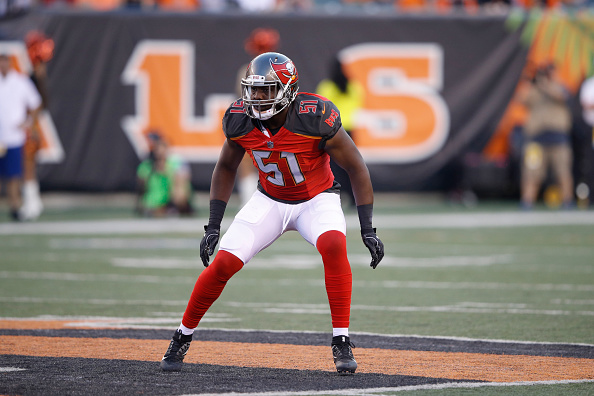 Plenty of goodness in the linebacker position this week, but not a lot else to crow about. Fortunately, not a bunch of underperformers to highlight either, but as always, way too many injuries to keep the IDP league players happy. Let's get on to the profiles, shall we? Oh, and Jadeveon Clowney is a must add if he somehow is still on your waiver wire, as is Ryan Shazier.

Trevathan will benefit with both Jerrell Freeman and Nick Kwiatkoski on the injury list, and should be seeing plenty of snaps on defense. He is coming off a week with 10 total tackles (eight solo), and should see similar production going forward.

Beckwith is another LB that will benefit from an injury to a teammate, in this instance Kwon Alexander. Eight total tackles in Week 3 (six solo) makes for a useful LB2/3 going forward so long as Alexander is on the sidelines.

Never fully understood why Detroit wanted to send Van Noy to the Patriots, but it is working out well for him and New England. Nine solo tackles as part of his 11 combined in Week 3 makes him a must add in tackle-oriented leagues.

Lawson collected 2.5 sacks against the Packers in Week 3, as well as three QB hurries (QH) and among his tackles, he had two for a loss of yards (TFL). If he is getting the snaps on defense, expect the Bengals to rely on him for the pass rush abilities he has been demonstrating.

Burfict is due back after his suspension and it is time to pick him up if he is available. Of course, he does carry a bit of risk as an every week performer, given his past but when on the field, he is an excellent source of tackles and big play opportunities. Go out and grab him now.

Woodyard had a nice week against Seattle, who admittedly has problems on the offensive line. Still, 10 total tackles (eight solo, two TFL) with a couple of QH thrown in for good measure made him a desired LB in Week 3. Expect him to be the recipient of most of the defensive snaps at middle linebacker going forward for the Titans.

There is very little to like about the Colts until Andrew Luck is back under center, but Bostic was effective in Week 3's matchup against the Browns with 10 total tackles (eight solo). If you do not trust this trend to continue, there is no blame to place on you but in the right matchup, he is a useful streaming option, especially with bye weeks coming up. 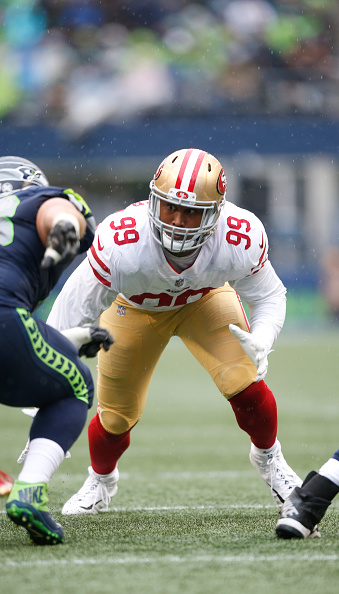 Gholston is the best of the DE options to pick up this week. He accumulated eight total tackles in Week 3 against the Vikings but has never been a great source of IDP stats before. Grab him and use him while he is being productive, but be prepared to cut him loose when the tackle numbers fall off the cliff.

Buckner is a must add in DT-mandatory leagues. He picked up five solo tackles in Week 3 with a forced fumble. He is a good source of tackles and with the way San Francisco's season is looking, will see plenty of time on the field.

Vaccaro was back as the starter in Week 3. Who knows what will transpire in New Orleans this season, but if he is going to play the bulk of the snaps on defense, plug him in your lineup as the Saints look to be a team on the defense a great deal this season. Just do not forget about Vonn Bell. It is difficult to hold two safeties from the same team on your roster, unless you are in a league with a deep bench or a dynasty league, so deciding on who to keep will cause you nightmares, most likely.

Quin has been an effective player for Detroit and posting eight total tackles (five solo) with an interception (INT), a PD and a TD in Week 3, he is going to be heavily owned by savvy IDP players. He is both a tackle guy as well as a big play performer. Take advantage by snagging him now.

Two sacks and three TFL (11 solo, 1 assist) makes Mr. Jones an IDP to consider adding this week. He also produced to two QH while taking on the Cincinnati Bengals in Week 3. His ownership will grow if he keeps producing like this, so make your claim immediately.

Again, I am not suggesting that you target Indy players. But Melvin is a big guy who can cover most receivers without problem. Two INT and four PDs in Week 3 just demonstrate the value he can provide in big-play leagues, especially those that require you to roster a cornerback or two.

White is a rookie who will be tasked this season based on his status in the league. It is well established that if you have a rookie defensive back, you can expect a whole lotta opportunities to collect tackles and big play opportunities. Grab him now and enjoy his productivity, as he is good player and will adapt the NFL in his first season.

Aside from the injury list players, no one to single out this week.

Short is not playing many snaps on defense, and so far has zero sacks on the season with just seven combined tackles through Week 3. Might be time to cut him from your team if your bench is limited, or send the former sack producer to the sidelines if you have room to stash him away, hoping for an uptick in production.

Nothing much to mention this week, apart from those players on the injury list below.

Remember, the first team listed is the one to use your IDPs against. Do not go crazy, and play a LB5 against the Browns, but certainly you will do well if you own a top LB on the Cincinnati or Atlanta that you can plug in this week, for the most part. 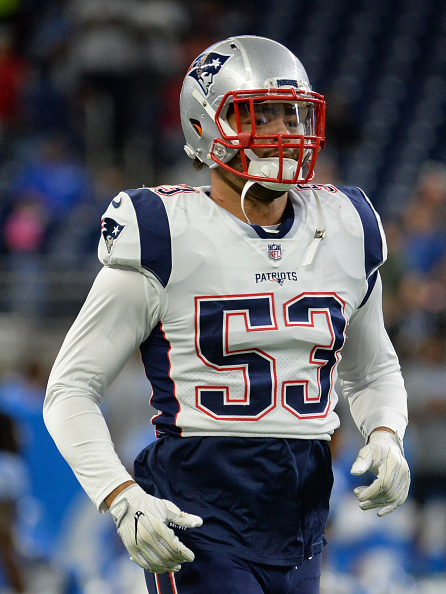