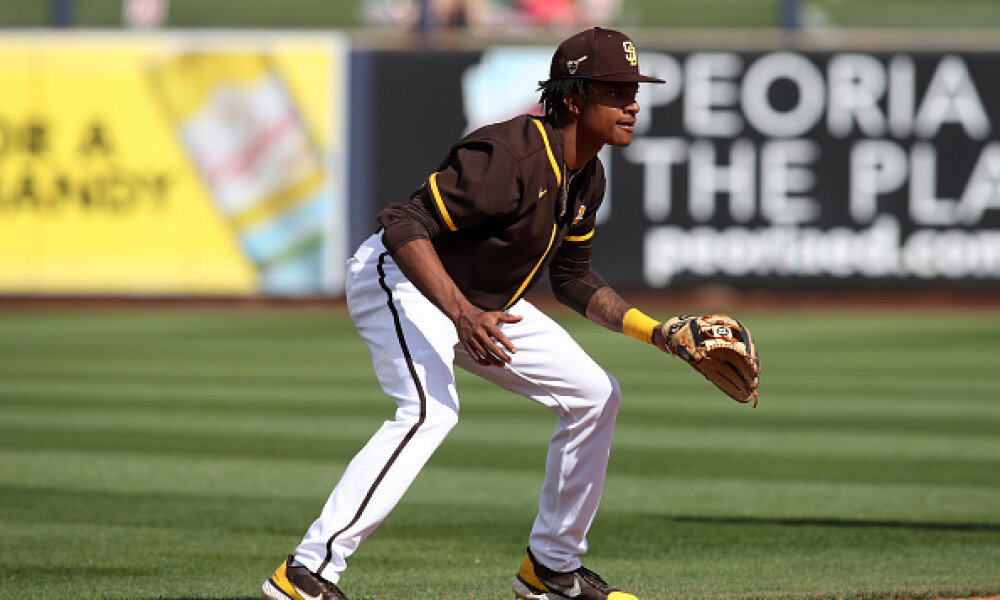 The All-Star break is now just about over but for the newest draftees, their pro careers are just starting as they one day could be an All-Star themselves. For the first time, MLB held the MLB First-Year Player Draft during the All-Star break and just like the electricity in the Home Run Derby on Monday night, there was electricity in the draft hall to see where the top talents would land. Now that they’ve been selected, it’s time to rerank the top-250 overall prospects in the game to see where the draftees fit and also remove some players that no longer qualify as rookies or prospects due to reaching the eligibility caps.

Below, you’ll see the table with the new top-250 that will also show you where each player ranks among their position-mates as well as where they rank in their systems. First though, let’s see who some of the biggest risers were and for more breakdown on the players taken on Sunday night, I tweeted pick-by-pick analysis for the top-20 on my Twitter (@theselzman) and I also analyzed several players in each of the two draft previews over the last two weeks.

Cal Raleigh, SEA C - The former Florida State catcher got off to a great start at Triple-A Tacoma with a .324/.377/.608 slash line, nine homers, 36 RBI, 34 runs, and three steals in just 44 games for the Rainers. He’s now gotten the call to the majors and should be up there for the rest of the year. The tools are those of an offensive-first backstop while still working to hone the defensive side of his game. He’s got a ton of raw power and a still burgeoning hit tool and the pop works from both sides of the plate. Raleigh might still be under the radar a bit since catchers don’t get a lot of pub but he has the makings of an all-around solid backstop with some interesting offensive upside if he can keep improving his hit tool.

Gunnar Henderson, BAL SS - Henderson was a second-rounder for the O’s in 2019 and since actually getting on the field has continued to show why he was drafted that highly. He has three above-average tools and two that come in at average with the power and arm leading the way at plus. There’s a chance he’ll have to move to the hot corner down the road but even if he sticks at short, he’d be at least an average defender there with a bevy of offensive tools that give him perhaps the best overall set of skills for any Baltimore offensive prospect.

Oswald Peraza, NYY SS - Peraza has been setting the prospect world ablaze over the last few months as he’s made the jump from High-A to Double-A while posting a .294/.367/.481 slash line, eight homers, 44 runs, 27 RBI, and 22 steals in 59 games between the two levels. The only part of his game that is still developing is the power, mostly because of his skinny frame and slight lack of loft in his swing. He has the making of a top-five shortstop fantasy-wise and if he’s still available in your leagues you should jump on him now.

Cade Cavalli, WSH RHP - Cavalli has been talked about in these weekly reports a few times now as the former Oklahoma product makes quick work of the Nationals’ system. He has true frontline starter stuff and has been showing that through two levels this year. The righty has posted 103 Ks in 62 innings of work with 29 walks and a .181 BAA. The fastball and curveball are both plus offerings while the other two pitches aren’t far behind either sitting as above-average on the scouting scale. When Washington drafted him in 2020 he was expected to be a fast riser but he might be moving even faster than expected now as he could be in the rotation in D.C. early next year.

J.T. Ginn, NYM RHP - Coming off of Tommy John surgery is fairly routine now but it’s still a good idea to see what a guy has in actual game situations before judging how he’ll come back and that’s what we had to do with Ginn. Ginn works with a three-pitch mix that’s anchored by two plus pitches in the fastball and slider with the heater working at 94-95 with command while the slider is in the mid-80s generally and with the prototypical two planes of break. HIs changeup, the third pitch in the arsenal, is at least above-average and could be plus once his feel and touch come back fully after the surgery. The righty has made seven starts for Class-A St. Lucie and has worked to a 2.48 ERA, 0.95 WHIP, and a 31:8 K:BB ratio in 32.2 innings on the hill. Ginn fits the mid-rotation profile well and should be a quick mover for the Mets now that he’s healthy.