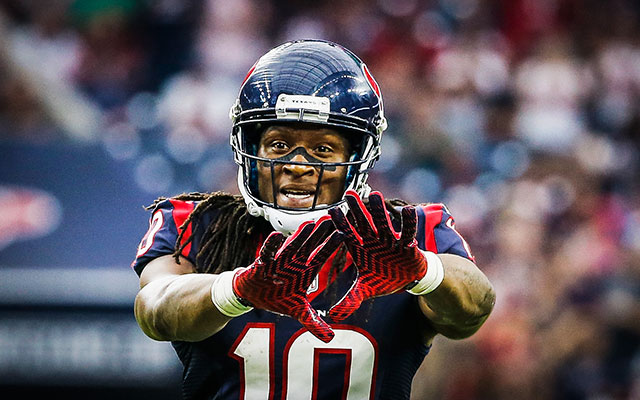 If you have made it to the semi-finals of your fantasy football playoffs, congratulations, but there is still work to be done. It’s time to look at the matchups to come up with the best players to use at each position. Good luck this week!

Let’s kick this off by fast-forwarding to Monday night. The Saints will be hosting the Lions and this is a perfect matchup for a pass-heavy team like Detroit. New Orleans gives up the most points to opposing quarterbacks and that means Matthew Stafford is easily a top-10 play. After early season struggles, Stafford has been much more poised over the last month with 11 touchdowns to just two interceptions over his last five games. Detroit cannot run the ball in any situation, so 40-plus passing attempts by Stafford is not out of the question. Use Stafford with confidence.

I recommended Carson Palmer last week and he didn’t disappoint, so we are going back to that well with good reason. Arizona gets a primetime showdown on the road against the Eagles—a team that ranks 29th overall against opposing quarterbacks. Palmer has performed just as well on the road as he has at home and will slice and dice the Philadelphia secondary with ease.

This is a rich week for quarterbacks as Russell Wilson faces Cleveland at home, Tom Brady gets the Titans, and the likely MVP, Cam Newton, looks to keep Carolina’s undefeated season intact against a floundering Giants defense. They are my top options at the position this week.

A conundrum could be brewing for owners of Ben Roethlisberger. Even though he’s one of the best quarterbacks in the NFL, he gets an extremely tough matchup against the Broncos. With that said, the game is at home and it’s a must win for Pittsburgh. The veteran gunslinger was average against the Bengals as he fell 18 yards shy of 300 with an interception, but I expect a much better performance this week.

There are no clear standout matchups for the elite running backs this week, but as I’ve preached before—always start your studs. Don’t let St. Louis scare you away from using Doug Martin as they have been fantastic against the pass, while being below mediocre against the run. Adrian Peterson gets a home game against the Bears this week and should shred them apart. Lamar Miller has a good matchup against the Chargers’ weak run defense, but outside of a 20-carry game two weeks ago, he’s seen 16 or less carries per game over the last eight weeks.

While Cam Newton has received the bulk of the praise during the Panthers current undefeated run, Jonathan Stewart has also done his part as Carolina’s lead running back. He has scored touchdowns in back-to-back games and is just 11 yards away from 1,000 on the season. There is a real possibility that Stewart could miss Sunday’s game with a foot sprain, but if he does play, he should be deployed against a weak Giants defense.

Eddie Lacy gets the Raiders this week and it would seem as though he’s back to being Green Bay’s lead back. Assuming that is the case, he should put up solid numbers against a middle-of-the-road Raiders run defense. It would be an awful time for Mike McCarthy to only give him a handful of carries and it would most likely sink fantasy owners this week.

Cinncinati’s two-headed monster of Jeremy Hill and Giovani Bernard get the league’s worst rushing defense in San Francisco and should both see a heavy dose of carries on Sunday. I prefer Hill in standard leagues, while Bernard is more of a FLEX play in PPR formats.

If you are counting on Isaiah Crowell to come close to a repeat of his Week 14 breakout, think again. He will be facing off against the Seahawks top rated run defense.

After combining for 13 catches, 176 yards, and one touchdown over the last three weeks, DeAndre Hopkins will get back on track against the Colts on the road. Indianapolis was shredded by Pittsburgh and Jacksonville in back-to-back games and Hopkins should be able to take over and dominate their weak secondary. T.J. Yates is likely starting at quarterback for the Texans, but that won’t matter much. In his only start of the season, Yates targeted Hopkins 12 times and that came against Darrelle Revis and the Jets.

I mentioned Matthew Stafford as a top quarterback this week and that means both Calvin Johnson and Golden Tate should be used in all formats. Megatron could have a game that rivals his Thanksgiving performance against the Eagles.

The Falcons have been strong against the pass this season, so it would be wise to tread lightly with Allen Robinson and Allen Hurns. There’s a strong chance that one of them will go off for a big game, but likely not both. After a stunning performance in Week 13 where he hauled in 10 passes for 153 yards and three touchdowns, Robinson caught just one pass for four yards and a touchdown against the Colts last week. Talk about deflating. Expect him to get back on track this week, while Hurns takes a backseat.

Don’t even think about sitting Odell Beckham Jr. this week against Carolina. Sure, the Panthers are dominating in every facet of the game, and yeah, Josh Norman will be covering OBJ, but this guy is a total freak. There is no cornerback in the league that would scare me away from Beckham Jr. Use him with confidence.

The tight end position has been a cesspool over the last couple of weeks, but two of the most consistent players at the position have appealing matchups for Week 15. With Jonathan Stewart possibly out on Sunday, the Panthers may elect to rely more on the passing game. If that’s the case, Greg Olsen will see plenty of targets and should destroy a terrible Giants defense.

Another good play is Gary Barnidge. I know, I know, the Browns play Seattle on the road, but hear me out. The Seahawks have allowed 788 yards and seven touchdowns to the position and Barnidge is the Browns’ biggest weapon. He’s only had three bad games this season and I don’t expect this to be his fourth. You’ve road the train this far, so it wouldn’t be prudent to jump off before it reaches the station.