Fantasy Baseball Daily Round Up: June 29

Justin Mason goes around the league, giving a daily state of the union for the world of fantasy baseball. He outlines current storylines and gives insight on what to watch for going forward. 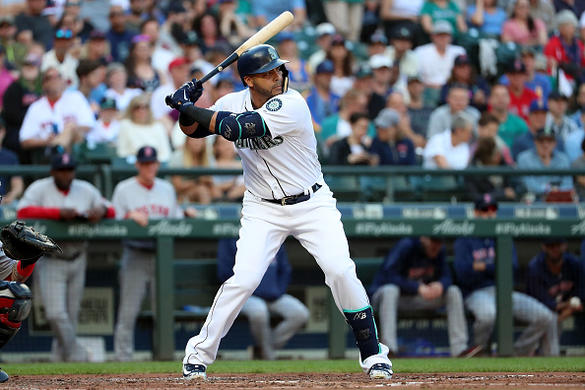 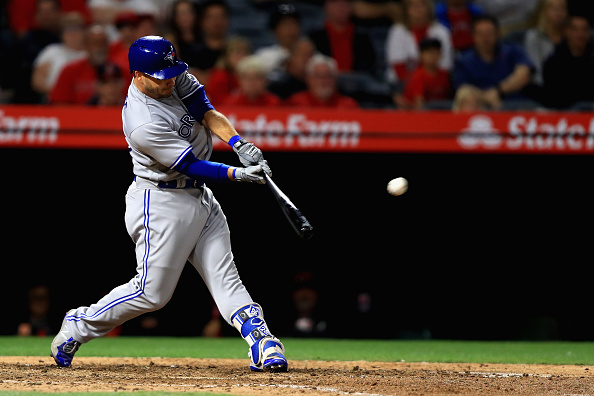 Steve Pearce was traded from the Toronto Blue Jays to the Boston Red Sox in exchange for minor leaguer Santiago Espinal. Pearce is hitting .291/.349/.519 with four home runs this year, but he missed significant time with injury. He crushes left-handed pitching, hitting .267/.333/.500 this year against southpaws and should be a nice platoon-mate with Mitch Moreland .

According to Jon Morosi of FOX Sports, Cole Hamels is likely to be moved prior to the All-Star Break. Hamels had a bounceback year this season in Texas, but with the Rangers not close to competing, he is an easy piece to move considering this is the last year on his deal (assuming his next team does not pick up his $20 million option.) The Brewers, Yankees, and Angels all make sense as a landing spot for Hamels.

Unlike Hamels, according to Jon Heyman of Fancred sport, Michael Fulmer is unlikely to be traded this summer. According to Heyman, the price the Tigers are wanting for Fulmer is too high for most clubs to consider and with cheaper options like Hamels and J.A. Happ on the market, it doesn’t appear like most teams are willing to pay up for a struggling starter like Fulmer.

Carlos Correa has been placed on the DL with a back injury. Correa had been dealing with a strained back and missed a couple of games in hopes of avoiding a trip to the DL, but the Astros will play it safe with the star shortstop. He had 13 homers and was hitting .268/.352/.480. With Correa on the shelf, Alex Bregman will likely slide over to shortstop in his absence which could give Bregman a realistic shot at regaining shortstop eligibility for next season.

Garrett Richards will begin a minor league rehab assignment today. Richards has been on the shelf for two weeks, but had been prior to getting hurt, throwing 68.1 innings with a 3.42 ERA and a 26.8% strikeout rate. He will likely need a couple of rehab starts, so expect him to be back next weekend or early the following week.

According to Ken Rosenthal of FOX Sports, Brandon Drury will be recalled from AAA by the Yankees. Drury struggled in his first go around with the Bronx Bombers this year and will likely have a hard time finding playing time in the Yankees stacked lineup, but he offers nice positional flexibility for the Yanks.

Eric Thames went 1-for-4 with a three-run home run versus the Reds on Thursday. Thames has not been great this year, but he continues to crush Cincinati pitching. In his career versus the Reds he has 13 home runs and 24 RBI in 20 career games. He has three more games in Cincy this weekend, so look for him as an interesting cheap play in DFS.

Jaime Barria pitched 5.1 innings on Thursday night, allowing one run and striking out four. Barria continues to pitch well for the Angels, showing a plus slider and a mediocre change despite a bad fastball. He gets good swings and misses outside of the zone, but gives up too much contact inside of the zone that will eventually come back to haunt him.

Nelson Cruz blasted a homerun Thursday night in his return to the Mariners after missing a few games due to back stiffness. In spite of dealing with nagging injuries throughout the season, Cruz is crushing the ball with a .274/.360/.577 with 21 home runs. He has the highest hard contact percentage of his career, but is sporting the second lowest strikeout percentage of his career.

Clayton Kershaw pitched five innings, striking out six and allowing only one run on four hits. Kershaw was pulled in favor of Walker Buehler , who was activated from the DL today. Buehler, who was supposed to do a minor league rehab assignment, was thrashed by the Cubs offense, who scored five runs on him in just one inning before he was pulled.

Zack Greinke pitched seven scoreless innings and striking out six against the Marlins on Thursday. Greinke continues to deal with lower velocity this season, but has pitched well in spite of it. He is one of the smartest pitchers in the game and has shown the ability to pitch well with diminished stuff. 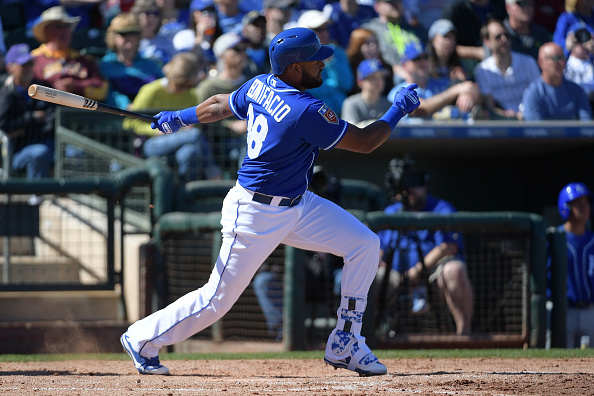 Jorge Bonifacio makes his return for the Royals today. Bonifacio has been reinstated by the Royals following the end of his 80-game suspension. He was a trendy sleeper coming into the season, after hitting .255/.320/.432 with 17 home runs in just 113 games with the Royals last season and was crushing minor league pitching recently, so he is a sneaky add in deeper formats.

Wilmer Font versus the Astros. Font has been fantastic since being traded to the Rays from the Dodgers and is now been moved from the bullpen into the starting rotation.

Sandy Alcantara makes his debut for the Twins. Alcantara was the centerpiece of the Marcell Ozuna trade and if now getting his shot in the Majors, but he has struggled this year in AAA. In spite of decent overall numbers, he has not looked over powering and the strikeouts are way down.

Nick Pivetta versus Erick Fedde . Pivetta looked great in his last outing and Fedde is a former top pitching prospect that people seem to have forgotten about.

Will Joe Musgrove s’ strikeouts come back? Musgrove has not gotten the same swings and misses since coming off of the DL. Can he get his groove back versus the swing-happy Padres?

Andy Suarez versus Patrick Corbin . Suarez has been very good covering for the hurt vets of the Giants rotation. Corbin has not been as sharp since a dip in his velocity. Can they both continue to succeed?

J. Mateo - SS
SD
Jorge Mateo has tested positive for COVID-19.
Padres manager Jayce Tingler said that Mateo had lost some of his sense of taste and smell, although it has started to come back. Obviously, it's questionable now as to whether Mateo -- who was acquired from the A's last week -- will be ready for Opening Day.
Added 4:02 pm (EST)
Added 4:02 pm (EST)

Y. Méndez - SP
TEX
Rangers reinstated LHP Yohander Mendez from the restricted list.
Mendez was suspended by the team back in March for seeking unauthorized medical attention. He will be added to the 60-man roster pool.
Added 4:00 pm (EST)
Added 4:00 pm (EST)

J. Teheran - SP
LAA
Julio Teheran told Enrique Rojas of ESPN Deportes that he's awaiting the results of a COVID-19 test but is hoping to join the Angels by this weekend.
Teheran revealed that he and some members of his family have shown COVID-19 symptoms, which is why he's remained in Atlanta and away from the club. If the results of his test come back negative, it sounds like he will be cleared to join the Angels soon. Teheran could conceivably still have enough time to get ready for the start of the season.
Added 3:36 pm (EST)
Added 3:36 pm (EST)

J. Iglesias - SS
BAL
Jose Iglesias won't play in the Orioles' intrasquad game Wednesday because of a sore back.
The hope is that Iglesias will be able to get in some at-bats on Thursday, so the ailment doesn't seem to be a big deal. Consider him day-to-day.
Added 3:25 pm (EST)
Added 3:25 pm (EST)