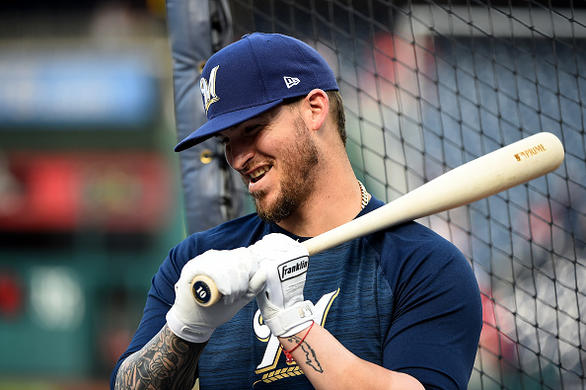 With no guarantee the free agency moves will remain hot with Thanksgiving approaching, Chicago struck early signing Yasmani Grandal to a four-year contract. This will cause a ripple effect in the fantasy community with Grandal heading to the American League. Only once since 2014 has Grandal not recorded at least a double digit walk percentage in the major leagues. Last season, Grandal finished in the top one percent of the league with a 17.2 walk rate. His on-base percentage soared to 38 percent as a result.

Noting Grandal’s worth as a catcher in fantasy cannot be underscored. He appeared in 153 games with 124 starts at catcher, the most demanding position in baseball. Grandal launched a career high 28 home runs and ranked second in the National League with 109 walks. In games as a catcher, Grandal ranks in the majors as follows:

Although Miller Park proves to be a hitters haven, Grandal should still thrive on the South side of Chicago. Here’s a spray chart from the last three years of all of his line drives and fly balls with his new home as the backdrop: 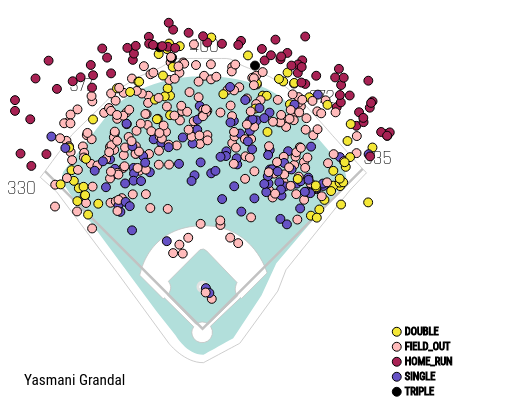 According to Statcast, Grandal finished with his highest average exit velocity of 90.3 MPH last season. He recorded 43 barrels of his 379 batted ball events and also finished with a 41.8 hard hit percentage. Of course, the batting environment provided in 2019 will make projections difficult, but Grandal does stand out among his peers, even if he’s not drafted as such.

Fueled by a career best 22.9 line drive percentage, his average could see some regression towards his Steamer projection of .239/.357/.458 in 135 games. In the last three years, Grandal’s averaged a home run every 18.8 at-bats. Ignoring the fact Grandal could hit fourth in an improving lineup will be a mistake. As a group, the White Sox fourth hitters accrued 622 at-bats scoring 84 runs with 26 home runs and 85 RBI with a .232/.299/.413 slash. Less than inspiring. Given Grandal’s ability to draw walks and get on base, he immediately upgrades the spot in the batting order.

With Chicago extending José Abreu and with a talented pipeline ready to add to the overall depth of the team, Grandal’s value could be enhanced. Bake in the fact he can also appear at first base when Abreu needs a day off or appear as the designated hitter letting James McCann bat when there’s a southpaw on the mound gives the lineup a boost. Versus left-handed pitching, McCann hit .295/.372/.492 with a .197 isolated power.

Grandal will also benefit the young pitching staff noting his prowess to frame pitches. This could be a boon to Reynaldo López and Dylan Cease in the year ahead. Paying for Grandal’s baseline value in his projection seems like a safe proposition in fantasy. If he can hit 25 home runs and boost his RBI hitting cleanup in a burgeoning lineup, Grandal’s rock solid in terms of fantasy. How he holds up in terms of games played over the entirety of the contract will determine the final outcome. One thing remains clear, the White Sox see an opportunity to compete in the American League Central this year, perhaps they will be this year’s Minnesota? 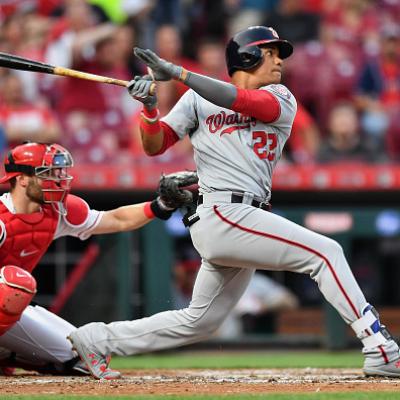 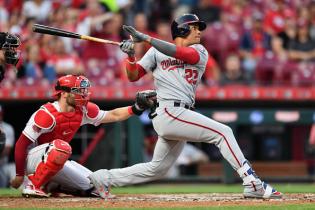 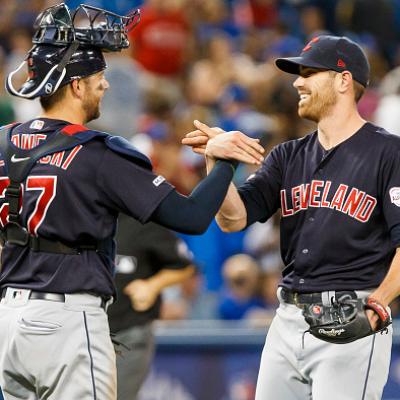 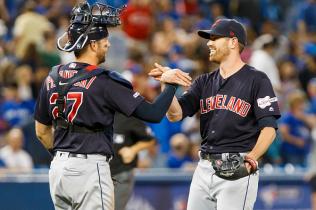 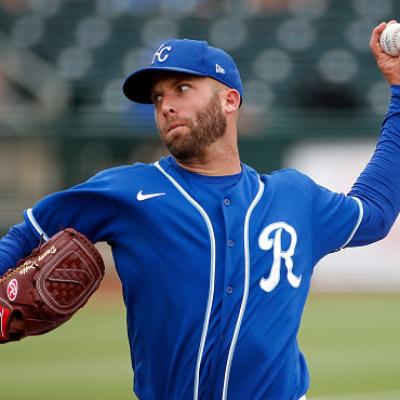 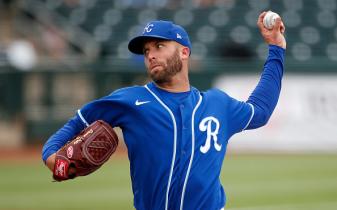 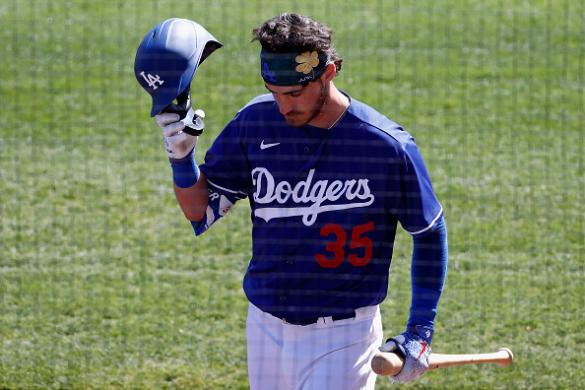 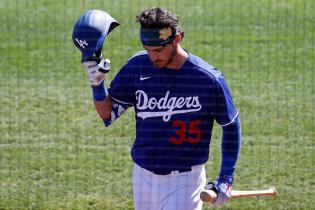 MLB Dunning fires six scoreless, but gets no decision

MLB Salvador Perez's solo shot walks it off for Royals

MLB Bryce Harper could return to PHI lineup on Sunday

M. Betts - RF
LA1
Mookie Betts went 1-for-4 in Saturday's matchup with the Padres.
These Padres-Dodgers games certainly know drama. Mookie's game-ending diving catch in the ninth robbed Tommy Pham of a possible game-tying RBI hit to seal the win for Los Angeles. Betts also provided some plate production: The hit was a double in the eighth inning. Betts has reached safely in nine of the ten games he's played this season; contributing to a sparkling .920 OPS.
Added 12:32 am (EST)
Added 12:32 am (EST)

J. Turner - 3B
LA1
Justin Turner hit a solo homer in a victory over the Padres on Saturday.
Turner barreled this dinger up off a four-seam fastball from Emilio Pagan to give the Dodgers some insurance and make it a 2-0 game. Turner continues his hot streak at the plate; the 36-year-old is now slashing .500/.533/1.036 in 27 plate appearances across his last seven games, and is showing no signs of slowing down.
Added 12:21 am (EST)
Added 12:21 am (EST)

Y. Darvish - SP
SD1
Yu Darvish pitched seven innings and held the Dodgers to only one run off one hit and two walks in a hard-luck loss on Saturday.
He also struck out nine, using his cornucopia arsenal of pitches. In this hard-luck defeat, Darvish was outdueled by Clayton Kershaw, who didn't allow a run in his six innings of work. The right-hander surrendered a two-out, bases-loaded walk to Kershaw in the fifth inning, but Darvish escaped after with no further damage. The 34-year-old carries a 2.55 ERA and 0.81 WHIP over four starts this season. Thursday is his next scheduled start, an encore performance versus the Dodgers.
Added 12:10 am (EST)
Added 12:10 am (EST)

C. Kershaw - SP
LA1
Clayton Kershaw pitched six shutout innings while giving up only two hits and striking out eight on Saturday in a 2-0 victory over the Padres.
The veteran southpaw especially had his slider working well: it was his most thrown pitch tonight, garnering a 43% CSW (called strikes plus whiffs). Kershaw also helped his own cause in the fifth inning by drawing a bases-loaded walk, the only run allowed by Kershaw’s opponent, Yu Darvish. Coming into tonight, Kershaw carried a 21-7 record with a 2.03 ERA in 40 career starts vs. the Padres. With this win, the 33-year-old now has a 2.19 ERA and 0.97 WHIP after 4 starts. He will continue his quest for excellence in his next start on Friday; he’ll face the Padres once more.
Added 12:02 am (EST)
Added 12:02 am (EST)

M. Brantley - LF
HOU1
Michael Brantley went 2-for-4 with a run scored on Saturday in a win over the Mariners.
Brantley scored not just the only run for the Astros on Saturday, but the only run in the contest for either team. The 33-year-old outfielder has gotten off to a strong start over the first two-plus weeks, and he's slashing .310/.341/.619 to show for it. No, he doesn't provide steals, but Brantley's bat remains tremendously underappreciated in fantasy formats. He can hit.
Added Yesterday 11:47 pm (EST)
Added Yesterday 11:47 pm (EST)

R. Pressly - RP
HOU1
Ryan Pressly fired a scoreless ninth to procure a save on Saturday against the Mariners.
Pressly needed just eight pitches to get the save, and seven of those went for strikes. The 33-year-old gets his first save of the year; a bit of an oddity considering he's the established closer on the Houston roster. It won't be the last, and while he struggled at times during the 2020 campaign, Pressly has the swing-and-miss stuff to be a strong fantasy stopper for the rest of 2021.
Added Yesterday 11:47 pm (EST)
Added Yesterday 11:47 pm (EST)

C. Flexen - SP
SEA
Chris Flexen allowed just a run in six innings but still took a loss on Saturday to the Astros.
Flexen was both unlucky and had some fortunate in this one. Yes, it's not great luck to give up one run and to pick up a loss, but it's also pretty fortunate to only give up one run when you allow 10 hits -- even if nine of them were singles. Still, Flexen had a solid start, and the 26-year-old right-hander has looked solid so far in his first few turns in the Seattle rotation. He'll look to lower a 3.38 ERA thus far when he faces the Red Sox in Boston on Friday.
Added Yesterday 11:47 pm (EST)
Added Yesterday 11:47 pm (EST)

Z. Greinke - SP
HOU1
Zack Greinke didn't allow a run in eight innings on Saturday to help the Astros to a 1-0 win.
A sensational start from Greinke on Saturday. The 37-year-old right-hander allowed just four hits in his eight innings, and he didn't issue a walk while fanning six. He not only had quality control with 62-of-91 pitches for strikes, but Greinke had command of it, and showed off his underrated athleticism on a nifty double play to end one of the few rallies the Mariners had. Greinke lowers his ERA to 2.81, and has a chance to keep it going against the Angels on Thursday.
Added Yesterday 11:47 pm (EST)
Added Yesterday 11:47 pm (EST)