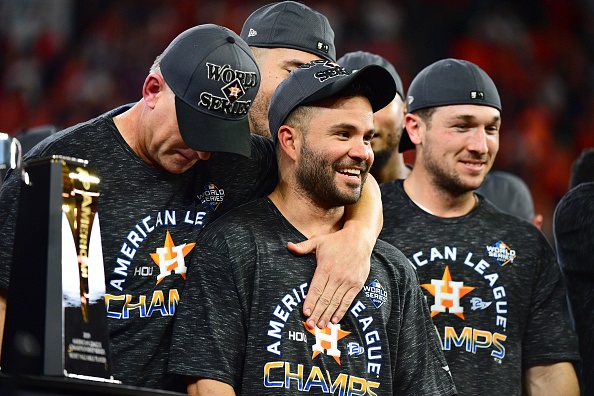 In an effort to recap players with fantasy interest on each team, along with an eye on their future, Fantasy Alarm will cover each division in the Wraparound with fantasy tidbits on players from each team along with some to track as sleepers as 2020 preparation begins. Starting with this column on the American League West.

Riding a wave of analytics, and some bad publicity, to the World Series, Houston remains one of the top organizations in baseball. There will be some offseason intrigue with Gerrit Cole hitting the open market in free agency, Justin Verlander will be a year older and will Zack Greinke be enough to fill the void if Cole leaves? For now, here’s a recap of the most fantasy worthy players on the Astros:

In a season filled with turmoil and disappointment for the Angels, at least there’s Mike Trout . It’s crazy to think he still could turn in a career year in 2020. Health will be a determining factor with many guys on this list. This offseason will reveal the team’s trajectory in the year ahead.

Those plucky A’s made the postseason again but fell to the Rays in the play-in game. There’s so much under the radar fantasy goodness by the bay yet they go under drafted every year. Armed with a potentially talented young rotation, can Oakland usurp Houston atop the West?

While reading this, Frank DiPoto consummated a trade. Well, not really, but possibly. Seattle will be undergoing some retooling in 2020 with many jobs up for grabs. Do not sleep on the upside its catching tandem possesses but there’s more questions than answers with this roster.

So many decisions with this lineup. Will Texas continue to give Rougned Odor and Nomar Mazara prime spots in the batting order with each displaying volatile results so far in their careers? Can this franchise develop pitchers? They hit the jackpot with veterans Lance Lynn and Hunter Pence but with gaps all around the diamond, the Rangers need a full season from Joey Gallo along with some pitching depth to compete going forward.