Fantasy Baseball Daily Round Up: April 7 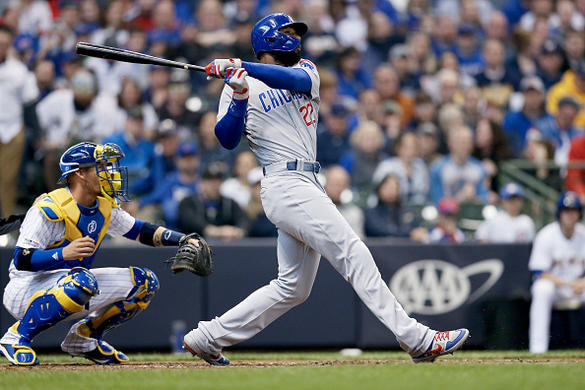 On a slate during which hitters surged with multiple home run games and rumors of the ball being juiced again, Jason Heyward turned in a perfect night at the plate. Heyward not only hit two home runs, but stole two bases while reaching in all five plate appearances finishing 3-for-3 with three runs, three RBI and two walks. It’s far too early to get overly excited by this result, but Heyward has homered in back-to-back games and thrust himself into the conversation of waiver claims in 15-team mixed leagues and into the periphery of 12-team speculation with this surge. Sustainability will be the key to his season.

Not to be outdone, the Mets tied a team record hitting five home runs at Citi Field and did so for the first time since July of 2016. Usually the ball travels more as the weather heats up, but home runs continue to be recorded at a record setting pace. J.D. Davis not only hit two home runs, but owns the hardest hit one according to Statcast this year with a 114.7 MPH exit velocity. He’s also the first Met with multiple 110 MPH-plus home runs in the same game since Statcast’s inception in 2015. Not to be left out, Michael Conforto , Robinson Canó and Pete Alonso joined the home run barrage.

In order to digest the 15-game slate, the Round Up encapsulates it with key notes and observations from around the league.

Seattle’s produced at least one home run in each game this year en route to an 8 - 2 record and lead the majors with 24 so far. Jay Bruce hit two on Saturday upping his season total to five and Tim Beckham went 4-for-5 with two runs, a double, his fourth home run, and three RBI.

In two games versus the Mariners, Tim Anderson ’s 6-for-7 with two home runs and four RBI. He’s not sleepless when they’re on the schedule.

Both Jorge Soler and Hunter Dozier hit their first home runs for the Royals. But, Whit Merrifield extended his hit streak to 27-games dating back to last year, with, you guessed it, his first home run of the season.

Kansas City lost after yielding a grand slam to Christin Stewart of the Tigers. Stewart entered the game with a .240 slugging percentage but a .409 expected slugging along with an expected weighted on-base average .101 above his actual number. Positive migration rewarded his patience with Stewart going 2-for-4 with a double, the salami, four RBI and a walk. 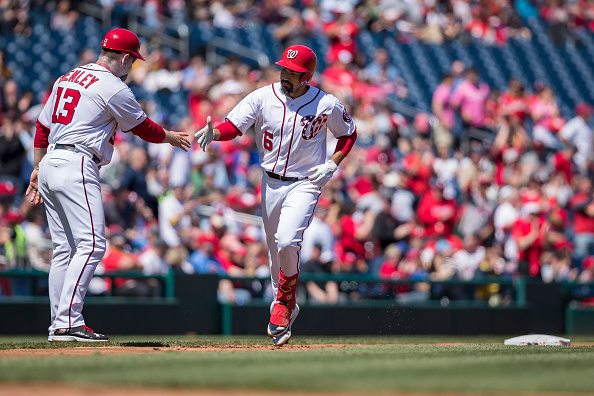 Anthony Rendon ’s hit safely in six straight games and finished 2-for-4 with his third home run, a double, a walk and an RBI. He’s racked up seven extra-base hits in this modest streak.

It feels like every year fantasy owners hope the power ticks up for Josh Bell . On Saturday, he recorded two doubles and a home run and driving in two during the Pirates win over the Reds. Joey Votto hit his first home run to tie the game in the eighth inning.

Not sure when teams will stop pitching to Mike Trout , but, while they still do, it’s glorious to watch.

An injury to Franchy Cordero could start to sift out the playing time issues in the Padres outfield. Hunter Renfroe struggled in the spring but racked up two more hits on Saturday, both doubles with an RBI. He’s hitting .368 with a 1.374 on-base plus slugging percentage with seven 95 MPH-plus events of his 13 batted balls this year. Things which make you go hmmmm…

Not to be lost in the double dong barrage, Jorge Alfaro crushed two in Atlanta leading the Marlins to a win on the road. Alfaro went 3-for-4 with three RBI and far exceeding my expectations for him to this point. Aaron Judge also launched two home runs on Saturday night. It’s the eighth multiple home run game of his career, and fourth against the Orioles. Clint Frazier also hit his first major league home run since July of 2017 to propel the Yankees to the win.

While Cody Bellinger gets the early season accolades, and rightfully so, David Dahl did homer for the second straight game in a loss for the Rockies. Bellinger only went 2-for-4 with two runs, a double, a triple and an RBI.

While Steven Matz and Patrick Corbin dueled in New York before the bullpens imploded, Tyler Skaggs recorded the highest swinging strike and called strike total of the day with 36 against the Rangers. Skaggs only generated 10 swinging strikes, five with his curve, but recorded the win giving up only five hits, one earned runs and a walk with five strikeouts. Matz struck out eight National hitters in five innings but the four walks limited him to five innings of work. Corbin finished with nine strikeouts but also allowed three earned runs on six hits and a walk. Here’s the best of the rest from Saturday:

Remember the scene in Rocky III when they asked Clubber Lang his prediction about the fight, his response? “Pain.” Well, this could be applicable to trying to find or predict saves this year in fantasy free agent markets. Performance, along with fluid approaches, will make it very difficult to mine saves on the open market. Yet, we forge ahead.

Those who threw a late round dart at Shane Greene continue to reap the rewards. Greene tied a major league record notching his sixth save within Detroit’s first nine games, tying a record since the start of recognizing saves as a category. His counterpart from the Royals, well, Kevin McCarthy lasted one-third of an inning giving up three hits and three earned runs. Wily Peralta gets the blown save serving up the grand slam to Christin Stewart .

It’s tough to believe, but the Nationals and Cubs bullpens still struggled. Raisel Iglesias owners continue to scratch their heads at his usage patterns and will Seranthony Domínguez be the next reliever ticketed to Triple-A? Here are the rest of the highlights from high leverage yesterday:

What To Watch For Sunday 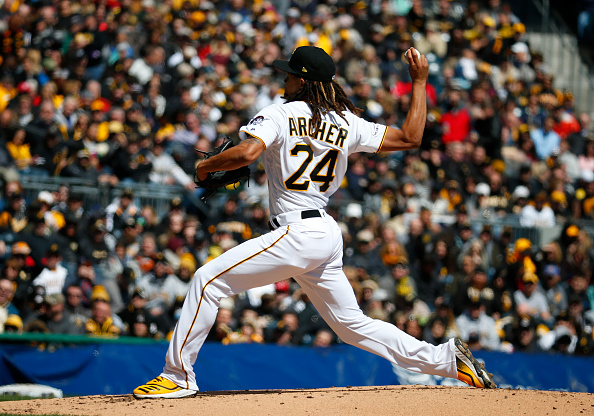 Anthony DeSclafani will face off with Chris Archer in Pittsburgh in what sets up as another potential low scoring day for each team.

Will power and runs continue to pour in Miller Park? Shaking the magic eight ball, signs point to yes.

Opener be damned, the Rays will start Yonny Chirinos in San Francisco and everyone will be watching to see if home runs continue to dominate the conversation at the onset of the season.

Be sure to stay with Fantasy Alarm to stay ahead of the competition. 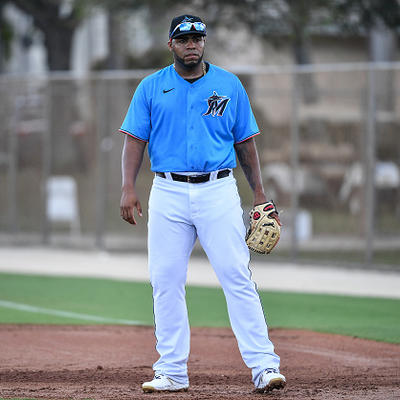 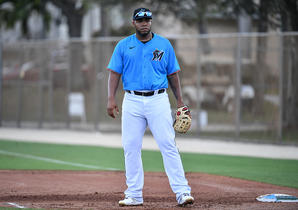 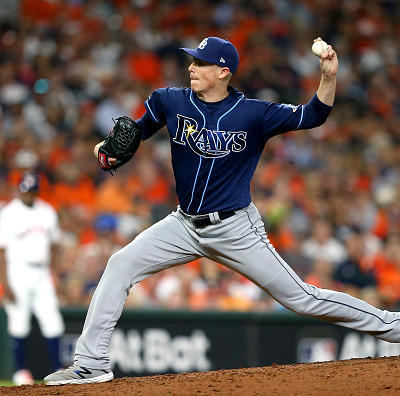 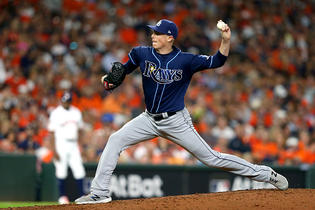 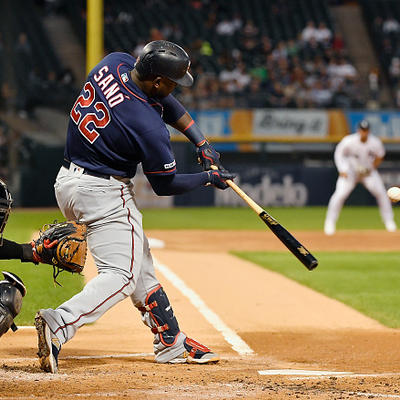 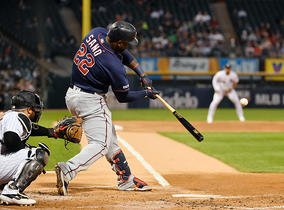 B. Hand - RP
CLE
Hand is taking more trips to the training room in an effort to keep his arm fresh, Mandy Bell of MLB.com reports.
For a full breakdown and detailed player analysis GO PRO and join the Fantasy Alarm Family! CLICK HERE to unlock your PRO package and take advantage of instant savings!
Added 9:33 pm (EST)

F. Lindor - SS
CLE
Lindor and manager Terry Francona might have a discussion this spring about possibly moving Lindor out of the leadoff spot, Paul Hoynes of Cleveland.com reports.
For a full breakdown and detailed player analysis GO PRO and join the Fantasy Alarm Family! CLICK HERE to unlock your PRO package and take advantage of instant savings!
Added 9:03 pm (EST)

A. Aquino - RF
CIN
Aquino enters spring training without a guaranteed roster spot, and could begin the season in the minors, given that he has options remaining, Mark Sheldon of MLB.com reports. "I think they were more focused on not letting him beat them. I think they just pitched him tougher," Reds manager David Bell said.
For a full breakdown and detailed player analysis GO PRO and join the Fantasy Alarm Family! CLICK HERE to unlock your PRO package and take advantage of instant savings!
Added 8:26 pm (EST)

R. Stephenson - RP
CIN
Stephenson spent a good part of his offseason working on improving against opposing baserunners, who were six of seven in stolen base attempts against him, Bobby Nightengale of The Cincinnati Enquirer reports.
For a full breakdown and detailed player analysis GO PRO and join the Fantasy Alarm Family! CLICK HERE to unlock your PRO package and take advantage of instant savings!
Added 7:43 pm (EST)