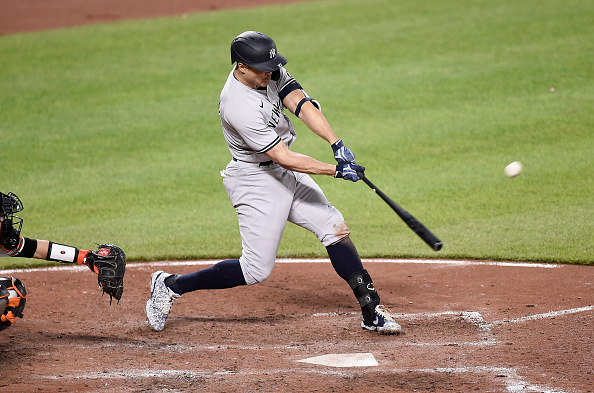 In the midst of a seven-game hit streak within the chart above, he owns a robust .323 isolated power and .504 weighted on-base average (wOBA) in it. Prior to Thursday, Stanton owned six of the top ten hardest hit batted ball events in the majors. And he gets the Tigers staff which boasts the highest bullpen ERA in the majors this weekend? Giddy up.

Imagine being frustrated by his slow start hindered by an oblique issue and dropping the Brewers lead-off hitter. He's hit safely in all six games back during which he's accrued a plate appearance, including two home runs and four RBI. Left-handed hitters thrive in...