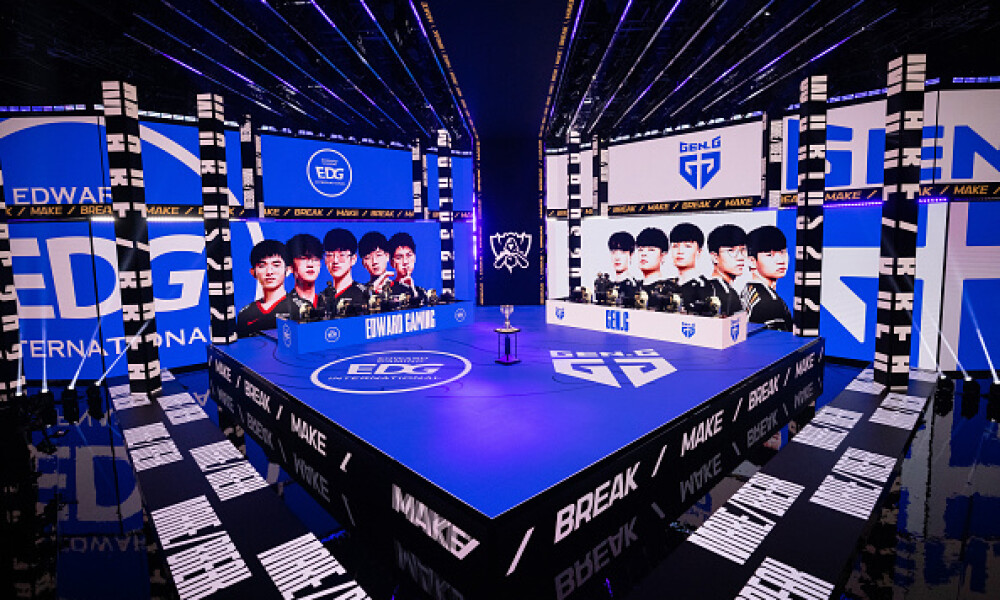 The final stretch of the 2022 League of Legends DFS season is upon us as we build eSports daily fantasy lineups on Friday morning. We are beginning to see teams losing their grip on the rope leading into the postseason. Two of the eight teams on Friday's LoL DFS slate are all but officially knocked out this season, leaving us with six teams in thick of it. For Gen.G and Top Esports, they are looking to hold onto their grasp on first place in their respective leagues. Look out for the continuing evolution in the meta game here and how each of these teams may approach playing out their series on Friday. You can build League of Legends DFS lineups on DraftKings with the slate locking at 4:00 AM ET. Let’s dive in and get a better sense of what to expect with our eSports DFS top plays!

Game Breakdown: Player to player, the DRX lineup is just having a better split. As a team, DRX has nearly 100 more kills and a 20 point advantage average in the mid to late game. NS lacks a player they can rely on to successfully pilot this team and shot call objectives and taget selection in the late game. We see them jump out to small leads in the early game and fall apart in their late game actions. DRX has a lock in the jungle with Pyosik (88 kills and a 73% team kill participation rate). He takes the raw skill from his mid laner (Zeka) and the veteran presence in the bottom lane (Deft/BeryL) and turns it into a cohesive unit that can win close fights with team coordination.

Series Breakdown: Gen.G may have avoided needing to go through Damwon to get to the championship next month but the key to Gen.G choosing their own path to the finals requires them winning out in the last few games they have let on their schedule. The strength of this team is the fact that their carries (Ruler and Chovy) just don’t get caught in compromising positions before/during major fights. Gen.G rarely fights shorthanded and almost never without vision control. This matchup went the distance in the second week of Summer but this Gen.G squad is humming on all cylinders right now. You don’t see drafts that are off brand or giving up major power picks to the opposing team like we had seen in Spring and early Summer split.

Series Breakdown: This series should be an absolute bloodbath. When I say that it should be a bloodbath, I should be more specific and note that only one team should be racking up huge kill numbers and that is TES. Top is the best team in the LPL this split and have shown dominance in each phase of the game. I think their biggest strength is to successfully adapt to the matchup of the day and their key players will deliver. I would say the player you almost have to jump on from TES is knight. He has the second best KDA In the LPL 9.7 and he has played 23 more games than the player in first. He is flexible in how aggressive he can play his lane versus how much of an impact he will look to be in the late game. It is this approach that allows teammates like Wayward and JackeyLove to roll through the early game so easily because they know that there is the constant in knight waiting there in the mid game for them.

Series Breakdown: The 0-2 series loss to Victory Five all but sealed the doom that awaits BLG this split. A team who have moments of brilliance just could not find enough series and game wins to put them in a position to cross that final line. They can ply spoiler for Able (150 kills, 3.4 KDA), shanji (205 assists, 3.6 assists), and the rest of OMG from making the playoffs as well. Look out for hyper aggressive drafts here and OMG looking to play through their side lanes. BLG have all the talent to keep this series close and even steal it, but the mental state of knowing it is all but official that you are out may have caused them to check out.