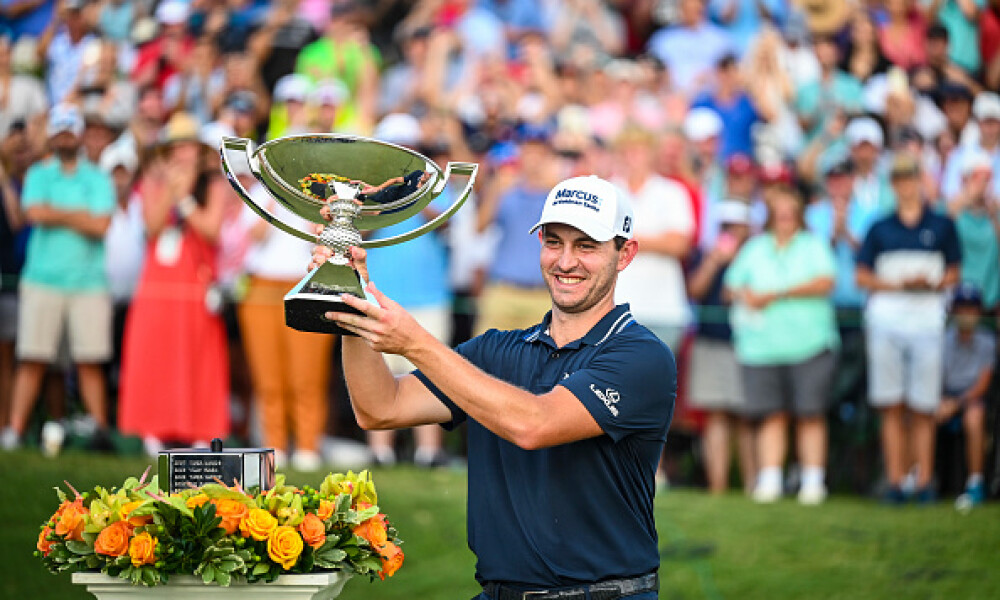 That was a great finish at the BMW Championship.  Congrats to Patrick Cantlay on winning this event two straight years.  He held off his best buddy Xander Schauffele and long time journeyman Scott Stallings to take home the title.  Cantlay really did not have his magical powers with the flat stick this week but still got it done.  That course was a lot more challenging than most expected.  The narrow fairways and perfectly placed bunkers gave these players fits throughout the weekend.  It is now down to the final 30 for the Tour Championship.

Will Zalatoris -7 (WITHDREW WITH A BACK INJURY)

Rory McIlory -4 (It is hard to resist playing Rory.  He has won here twice before and has had a fantastic overall season.  He’s basically done everything but win a major.)

Justin Thomas -3 (I already mentioned in the article that I love his history on this course.  In six trips, he has never finished below 7th.  He won the PGA Championship and finished Top 10 at the Masters this season)

Joaquin Niemann -2 (This is his third trip to East Lake and while he hasn’t had great success, he has all the tools to do so.  He finished Top 10 last week at the BMW and Top 15 at the St. Jude.)

Adam Scott E (While he is starting way behind the leaders, it just means he needs to get going with those birdies early and often.  He is playing well right now finishing 5th in each of the first two events in the FedEx Cup Playoffs.  He also has Top 10 finishes in his last three trips to East Lake.)

While Scottie Scheffler does have a huge advantage this weekend, it is not the be all and end all.  In 2019, the first year of this format Justin Thomas had top spot with the 10 under starting score but it was Rory McIlory who won the Tour Championship starting at 5 under.  Rory is a two time winner at East Lake but this year he’ll have some work to do if he wants a third.  I’ll be targeting a lot of guys in the four under and above range this weekend.

East Lake is a Par 70 that measures out at 7,346 yards.  This course was designed by Donald Ross who also created two similar courses: Sedgefield (Wyndham) and Detroit Country Club (Rocket Mortgage).  While a lot of the players in this field haven’t played those events, but we do have some history to draw from this week.  For example, Justin Thomas and Xander Schauffele have never finished outside the Top 10 at East Lake.  When you look at the stats which have correlated to success at East Lake, the ones I’ll focus on this week are Fairways Hit, Strokes Gained: Approach, Greens in Regulation, Strokes Gained: Around the Green, Sand Saves, and Par 4 Efficiency 450-500.  Golfers will need to keep out of trouble as we’ve got six water hazards and over 70 bunkers.  Fairways and greens as much as possible.

If I’m being completely honest, I’m going to play very little this weekend.  I’ll save my bankroll and use it in a few weeks when the PGA Tour kicks off their 2022-2023 season with their first full field event at Fortinet Championship.  I’ve put together example lineups focusing more on the players who are starting from behind and have to catch Scottie Scheffler.  I feel like that’s the strategy to take down a big score this weekend but you can’t completely fade him.